LAPD responds to domestic incident on Dearborn Street near CSUN 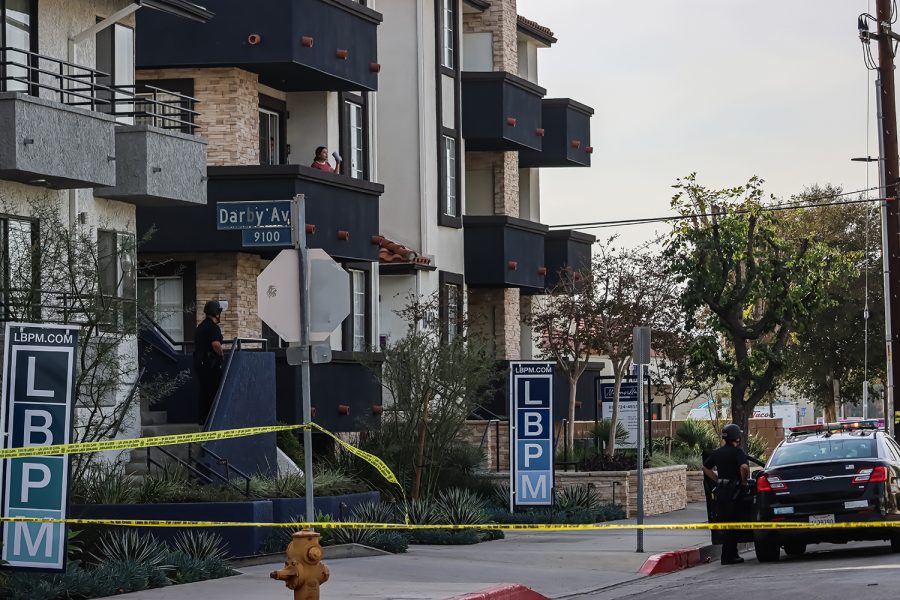 A woman watches from her balcony as police in riot gear attended to a domestic incident on the 18400 block of Dearborn Street in Northridge, Calif., on Thursday, Nov. 18, 2021.

The Los Angeles Police Department responded to a domestic incident involving a couple arguing in an apartment building at the 18400 block of Dearborn Street at around 11:07 a.m.

“A call came out that a person had a gun and that the people inside didn’t want to leave because they were scared,” said Sgt. Kurt Iwasaki from the LAPD’s Devonshire division.

Officers were under the impression that it was a hostile kidnapping situation.

“One option was the old-fashioned kick down the door but we thought someone was going to get hurt and we didn’t really have a crime,” he said. A helicopter was dispatched as a precaution in case the suspect took off.

The police were able to question all parties involved. No arrests were made because the suspect in question did not make any threats with a lethal weapon, according to Iwasaki.

CSUN students and faculty were notified of the incident via email by the CSUN Police Department and were warned to stay away from those streets. The email stated there was no immediate threat to the school or the area surrounding the apartment.

The scene was cleared and the closed streets were reopened at 2:08 p.m.