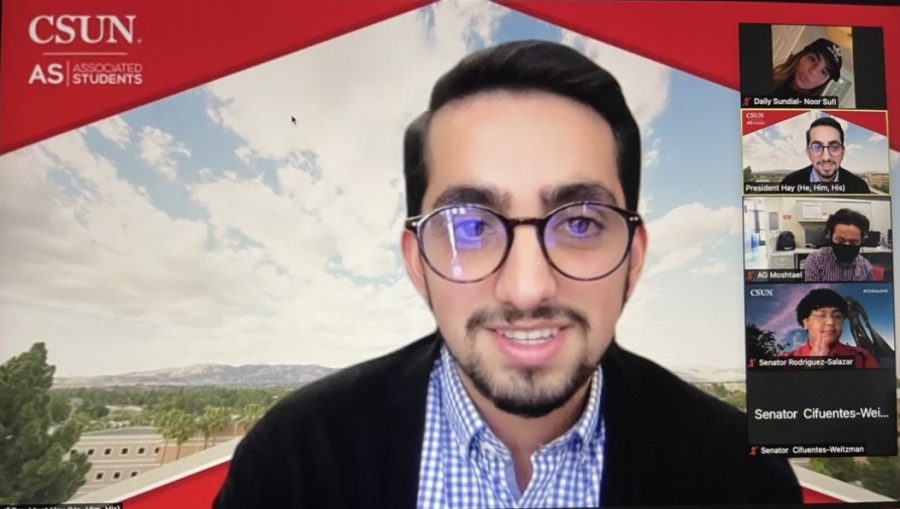 Associated Students President Jonathan Hay speaks about the “AS Commitment to Diversifying CSUN Professors” during the senate's meeting on Monday, Nov. 15, 2021.

The Associated Students passed a resolution called “AS Commitment to Diversifying CSUN Professors” during their weekly meeting on Monday. The resolution calls for hiring more CSUN professors from minority backgrounds.

Colored Minds Inc., a student coalition which aims to diversify the faculty at CSUN, launched a petition on Jan. 11 demanding the university hire more tenured and tenure-track faculty of color from minority backgrounds.

On March 17, CMI met with Provost and Vice President for Academic Affairs Mary Beth Walker to address hiring strategies that are intended to diversify professors.

The resolution called for the administration to set aside significant funds for cluster hiring — which increases academic diversity, according to research — and designate certain positions across CSUN to be part of a cluster hire, particularly in disciplines where diversity is most lacking.

Senator Charlie Rodriguez-Salazar motioned to approve the resolution, which passed with a unanimous vote.