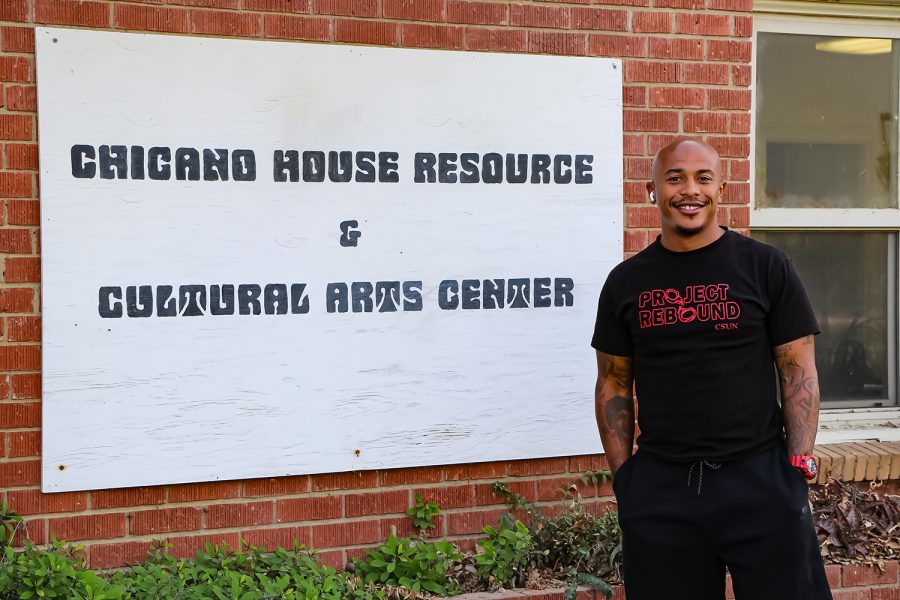 Second chances and hope is what Project Rebound represents for formerly incarcerated students at CSU-campuses. It’s a place where students can build community and challenge the stigma associated with incarceration.

John Irwin decided to turn his life around after serving a five-year sentence for committing armed robbery. He founded Project Rebound in 1967 as a way to help people from the criminal justice system and enroll them into San Francisco State University.

Project Rebound provides a space for students to build community and offers them alternatives to criminalization and incarceration, according to their website. The program also provides resources for students, including access to books and computers, transportation and meals. Project Rebound also helps students with their resumes and the process of moving onto graduate school.

At first, the program was only offered at San Francisco State, but in 2016 it gained the support of the Opportunity Institute and became available at nine CSU campuses. These CSU campuses include Bakersfield, Fresno, Fullerton, Los Angeles, Pomona, Sacramento, San Bernardino, San Diego and San Francisco. CSUN would eventually be added to the list.

Martha D. Escobar is a Chicana/o studies professor and Project Rebound executive director at CSUN. In 2015, Escobar was approached by two students, Lily Gonzalez and Johnny Czifran, who expressed their difficulties with being formerly incarcerated and their desire to help other students in similar circumstances.

Gonzalez and Czifran founded Revolutionary Scholars with the help of Escobar in 2015. The program is a precursor for Project Rebound at CSUN, which provides formerly incarcerated students with a support system on campus. It seeks to create an alternative to incarceration by creating a “prison-to-school pipeline using higher education,” according to their website.

Gonzalez said that when she first came to campus she was denied employment because of her criminal background. Additionally, she was ineligible for financial aid because of a low GPA.

“When I came back to the university over 10 years later, my GPA was so low, they denied me,” Gonzalez said. “I appealed and lost, so I had to get support from people on campus to help me take that on.”

She said her struggle made her passionate about helping formerly incarcerated students and students affected by the justice system. She was aware that she was not the only person experiencing these struggles on campus and wanted to do everything she could to help.

There are very limited educational programs offered inside criminal justice systems and very few offer academic advice, according to Gonzalez.

Gonzalez graduated from CSUN in 2017 with a Bachelor of Arts in Chicana/o studies and is currently working on her master’s degree in the same program.

Revolutionary Scholars allowed Gonzalez and Czifra to share their experiences with other students. Their ultimate goal was to provide a larger support system on campus just like other CSU campuses were doing with Project Rebound, according to the documentary “Breaking Barriers” by CSUN alumna Nindia Andarini. Project Rebound officially launched at CSUN in fall 2020.

Gonzalez said that the students she helps rely on correspondence to send and receive documents, like unofficial transcripts and educational plans, because of the lack of technology available to them. Project Rebound at CSUN connects formerly incarcerated people to feeder schools in the San Fernando Valley so they can complete their degrees.

Since Project Rebound’s expansion, formerly incarcerated students have earned an overall grade point average of 3.0, according to CSUN’s College of Humanities. In addition, 87% of graduates have secured full-time employment or admission to postgraduate programs and none have reoffended.

Demar Traylor, 35, is a psychology major at CSUN and a student intern at Project Rebound. Traylor is part of the Male Community Re-entry Program, a program that allows “eligible males in state prisons with two years or less of their prison sentence left to serve, to serve the remaining time of their sentences in the community,” according to the program’s website. After being incarcerated for over 16 years, Traylor will be released on Dec. 22.

Traylor first heard about Project Rebound last October through a face-to-face college program offered by the prison system. At the time, Traylor was at a state prison in Imperial, California.

“It was like a cookie-cutter situation,” Traylor said. “They weren’t able to facilitate multiple majors, they were just like this is what we’re doing. If you guys don’t like it, don’t do it. So, I chose psychology.”

According to Traylor, his interest in psychology allowed him to graduate from the program with a 3.38 GPA. Once he was released, he chose to go to CSUN because of Project Rebound’s recent launch on campus.

“Project Rebound is hope. It’s constant encouragement, reinforcement, and perseverance. More than anything, it’s community,” Traylor said. “I chose CSUN because I could be part of the foundation of Project Rebound and help build something so wonderful moving forward, opposed to something that is already up and running.”

Traylor experienced difficulties adapting to his life as a student on campus. Aside from dealing with the stigma associated with his background, he said his incarceration led him to be ignorant to many things like the use of technology. Though he tries to figure things out on his own, he often finds himself asking many questions. Traylor said that he is grateful for Project Rebound and Gonzalez who is helping him adapt to life as a student on campus and having the patience with him.

Throughout his educational experience, Traylor said he has encountered several people who are impressed by his work and motivation to continue his higher education despite his background.

“You’re not defined by your mistakes, it’s how you recover from it, how you deal with it. This is just me really wanting something better for myself,” Traylor said. “So, I’m not amazed by what I’m doing. This is what I have to do.”

Traylor said his goal is to obtain his PhD and become a professor. He wants to do research on the long-term psychological effects on youth offenders, since it’s an area that has yet to be explored.

He encourages people who are currently incarcerated, or who have been formerly incarcerated and are afraid of going back to school, to put their fears aside and go for it.

Just like Traylor, many students in Project Rebound come from marginalized communities and have similar experiences. Together, students and staff who are part of the program hope to create a community with equal opportunities for all. The program also aims to remind students of their worth.

“It’s important for students to know their worth, to know their strengths, and to know that they have a purpose in this life,” Escobar said. “Project Rebound can provide any support for them to move in that direction to meet their life purpose.”