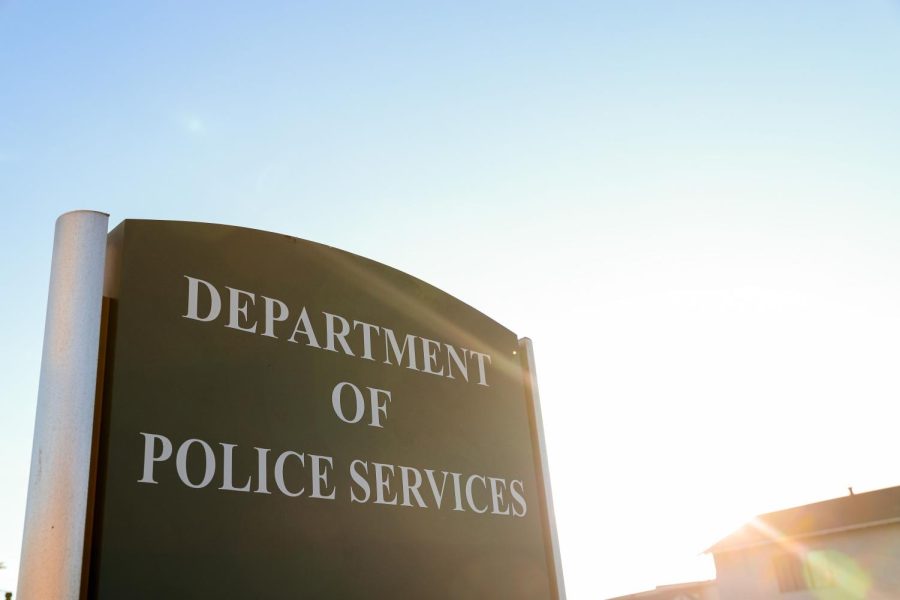 CSUN Department of Police Services is currently lookin for a permeant police chief to oversee its operations.

CSUN will conduct a national search for a new chief, while a consulting firm hired by the administration holds a series of meetings to discuss policing practices on campus.

Gregory Murphy, who was appointed chief of police for the Department of Police Services at CSUN in January 2019, resigned in August 2021 to become the acting chief at the University of California, San Diego campus.

The university has been unclear about why Murphy resigned. The DPS website still listed Murphy as the police chief as of this November, despite Murphy’s departure three months ago.

Interim Chief Alfredo B. Fernandez praised Murphy and said that his former boss left CSUN because he wanted to be closer to home.

“He was highly committed to the campus and the police department,” Fernandez said. “He had what I would consider an incredible opportunity to return closer to his family, and he took it, and he is sorely missed.”

Fernandez will not be a candidate for the permanent position since he plans to retire after the transition.

According to Vice President for Student Affairs William Watkins, Murphy and Fernandez were aware of changes in public expectations about how police can best serve the needs of communities and campuses, especially communities that are culturally and ethnically diverse.

In addition, during President Erika D. Beck’s first 100 days at CSUN, students expressed the importance of a more diverse faculty, staff and administrators who serve as role models, to facilitate a sense of belonging and serve as evidence of equity to which the campus is committed, according to the 100-Day Listening Tour Report.

CSUN hired PMJ Consulting, a firm that specializes in equity and social justice issues, to initiate the conversation on rethinking campus policing with students, faculty and staff throughout the semester.

“Our goal was to find an outside group of experts who could facilitate the review in a manner that would be more likely to elicit candid and unrestricted input on this topic,” Watkins said.

PMJ will meet with over 30 groups, including those from marginalized communities such as Project Rebound, Black Student Success Council and Asian American Studies Pathways Project.

“We did want to make sure we invited everyone so all students, all employees were invited,” said PMJ consultant Joshua Moon Johnson. “We did want to have intentional spaces for folks or communities that we know have had tense relationships with law enforcement.”

According to their website, PMJ Consulting is led by Emily Prieto and Johnson, who together have over 35 years of experience in diversity, equity and social justice work. The firm serves marginalized identities such as people of color, women, LGBTQIA+ and undocumented communities.

The Sacramento-based consulting firm has previously worked with higher education institutions both in California and out of state, including California State Polytechnic University, Pomona; University of California, Irvine; and the University of Oregon.

PMJ Consulting will be consolidating findings and recommendations made by the community into a public report, along with any actions the university intends to take.

“My assumption is that the new chief will be responsible for implementing these recommendations,” Johnson said.

According to Fernandez, the role of the chief of police is such a vital position to the department; therefore, the search is expected to be extensive.

Chandler said the formal search process is expected to begin in the upcoming spring semester.

With a budget of about $70,000, the Division of Administration and Finance pays for job advertising, a search consultant and lodging expenses for finalists. A search consultant is essential during the national search to reach diverse and qualified candidates.

The search committee for this process will include members of the CSUN community, such as students, faculty, staff and administrative leadership. No committees have been formed.