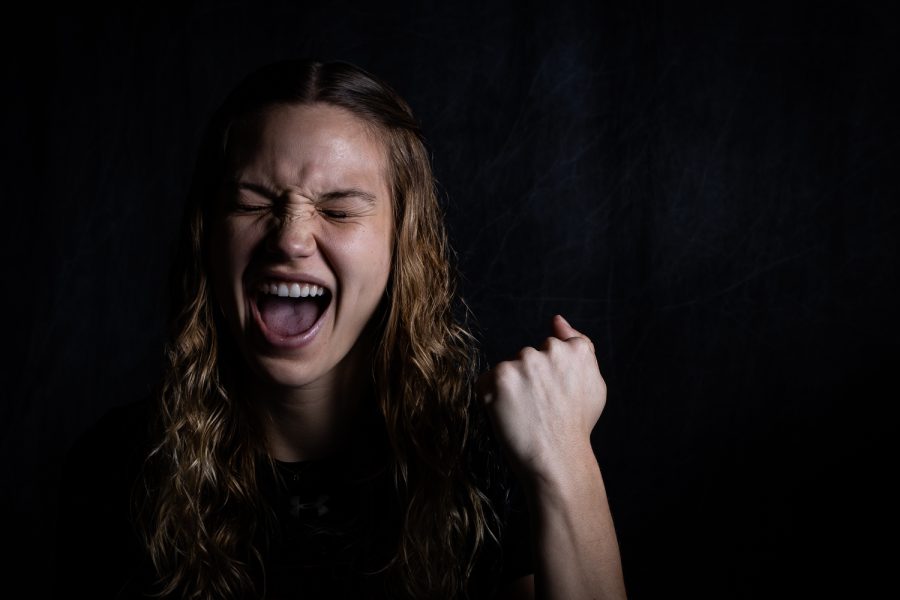 CSUN women’s volleyball redshirt sophomore Taylor Orshoff has big goals for the team and herself: more wins and to be ranked as a top 10 hitter in the Big West next season.

Women’s volleyball redshirt sophomore Taylor Orshoff is this week’s Matador of the Week for earning an All-Big West Conference honorable mention for this year’s postseason awards.

Orshoff had a stellar season racking up 314 kills, 60 blocks and 58 digs while also leading the team in total kills for the season, finishing 16th in the Big West in kills per set.

“In my mind, I always want to do the best for myself, my family and friends, and my team,” Orshoff said. “I think every time I get up to hit, it’s not only about myself, it’s about the people watching and my teammates. So it’s about doing well for them too.”

Orshoff wasn’t able to play last year season due to the cancellation of the 2020 season because of the pandemic, but was excited to show off her progression this season.

“During the pandemic, it was hard because volleyball has been my life for many years, so it definitely was hard not doing it everyday,” she said.

She’s been playing volleyball for the majority of her life; however, it wasn’t love at first sight.

“Actually I did not want to play volleyball when I first started out,” Orshoff said. “My mom forced me into playing volleyball, it wasn’t my favorite at first, but I realized I was good at it at a young age and from there on I just started to love it.”

Orshoff always has her family by her side. Her family support impacts her competitive spirit every time she steps out on the court.

“Family means everything to me,” she said. “It means a lot when my family, close friends, or boyfriend come to see my games. Every time I see them in the crowd, I really want to play well for them.”

Orshoff wants to continue enhancing her game after receiving an honorable mention to the All-Big West women’s volleyball team.

“It was super exciting to see that I got that [honorable mention],” she said. “Definitely I have higher standards now for next season, I want another award, and I want to be noticed like this again.”

Orshoff is already focused on the next season and has big goals for herself and the team.

“My goal for the team next season is to have a winning record, I would love to win some more games,” she said. “For myself, I know I was ranked 16th in the conference [for kills per set], so I would really like to be in the top 10 as a hitter.”