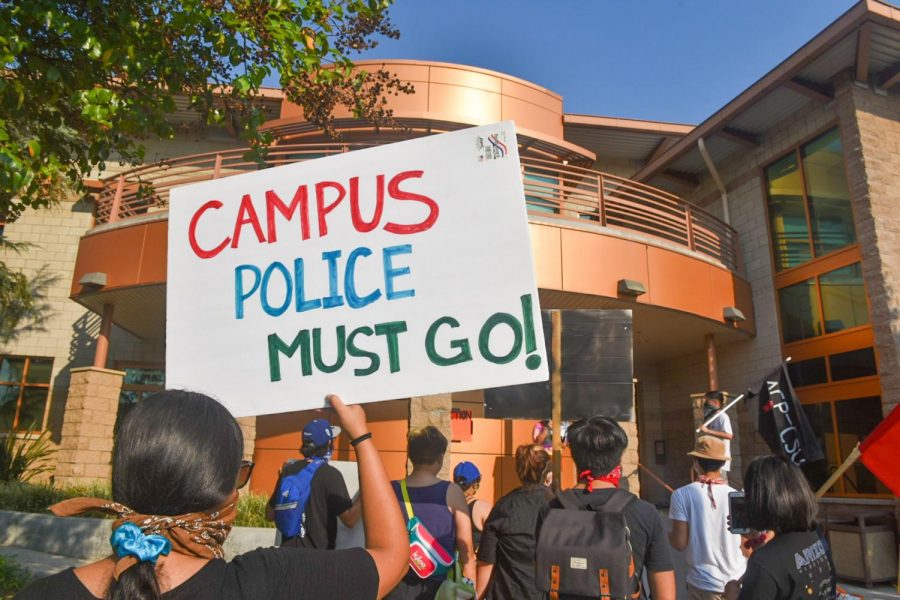 This semester, the university hired a consulting firm that has met with more than 30 groups to understand how students, faculty and staff feel about campus policing.

PMJ Consulting LLC was hired by the Division of Student Affairs to conduct conversations with the CSUN community about reshaping the Department of Police Services.

“It was … very important to bring in experts who understand people and practices of urban public universities, policing and the experiences of historically marginalized and minoritized people and their encounters with law enforcement,” said Vice President for Student Affairs William Watkins.

Former police Chief Gregory L. Murphy and current interim Chief Alfredo B. Fernandez were aware of the public’s critical observation, such as the movement to defund and abolish the police after the series of nationwide protests in 2020, according to Watkins. Therefore, the administration knew how important it was to examine how police can better serve the CSUN community and underserved communities.

The Sacramento-based consulting firm is led by Emily Prieto and Joshua Moon Johnson, specializing in equity and social justice work. Prieto and Johnson have more than 35 years of combined experience working to create inclusive environments for underrepresented groups, including people of color, first-generation students, DACA recipients and the LGBTQIA+ community, according to the firm’s website.

Johnson said that it was important to meet with communities known to have had tense relationships with law enforcement. They intentionally met with ethnic studies programs, student development units focused around identity and governance bodies such as the Associated Students.

This is not the first time PMJ has been hired by a university for their consultant services. The firm has worked with campuses such as California State Polytechnic University, Pomona and University of California, Irvine.

In spring 2020, the University of Oregon’s police department hired PMJ for a diversity, equity and inclusion audit. Based on the firm’s findings, UO students recommended having more diverse police personnel and inclusion training. The training would include knowledge of other communities and skills to effectively work with diverse groups. PMJ put together a report, along with measures the police department should take to implement recommendations. A similar evaluation and process will happen at CSUN, according to Watkins.

Maygin McEwen, a social work graduate student, attended numerous virtual meetings hosted by PMJ. She was able to join in on the conversation through her internship with Project Rebound.

McEwen, who has never had issues with campus law enforcement, believes campus police should interact more with students instead of riding in their SUVs.

“This isn’t a war zone,” McEwen said. “They have to remember they are part of the CSUN community.”

The reason for the low turnout for students is unknown. However, McEwen believes that administrators poorly planned the town halls, resulting in the low attendance. She noticed most meetings were scheduled at 2 p.m., during peak class hours, making students unable to attend. In one particular meeting, she said she was one of two participants.

PMJ will organize the data gathered throughout the fall semester into a public report that will include actions that the university plans to take.

“The work of the consultants will culminate in a proposed strategic plan that applies an equity and justice lens to re-imagine how the CSUN department of police services could carry out its role and become more integrated and engaged with the campus community,” Watkins said.