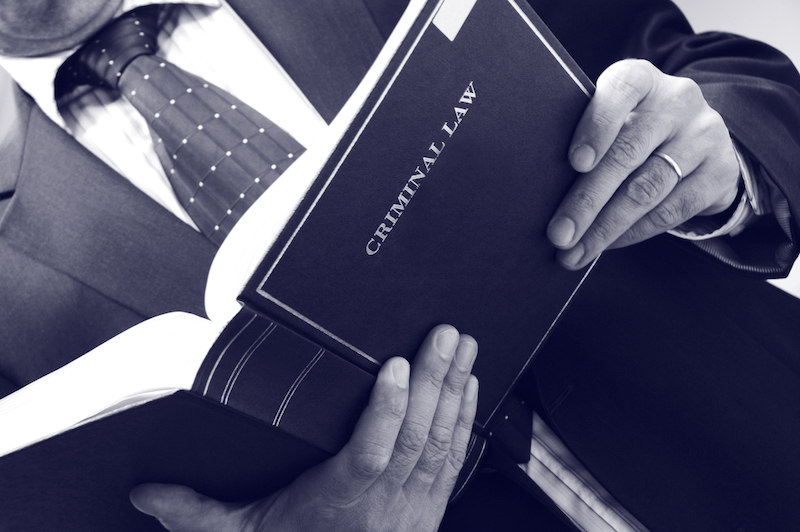 That being said, practicing criminal law can be extremely rewarding. You’ll get a chance to help governments prosecute those charged with crimes or defend people who have charges brought against them. Molfetta is familiar with both sides, having worked as a prosecutor at the Orange County DA office before launching his renowned legal practice, Molfetta Law.

If you’re pursuing or considering a career in criminal law, Molfetta stresses there are several items to understand and weigh before taking the legal leap.

You Have to Study

Current and prospective law students should know that becoming a criminal lawyer is a multi-step process that involves years of formal education.

First, you’ll have to earn a bachelor’s degree. While this is the completion of formal education for many students, it’ll just be the beginning of the post-secondary journey for criminal law students.

Next, you’ll need to pass your Law School Admission Test, also known as the LSAT, to be accepted to many law schools. Law school completes the process.

Here, you’ll work on earning your Juris Doctor degree. This typically takes three years to complete, but you could spread it out over more extended periods if you can’t go full-time.

You Need to Learn on the Job

Many students will opt to take internships while they’re still in college to get some real-world experience in the field of their choosing. For criminal law students, this is called a clerkship.

You can complete a summer or part-time clerkship at a firm such as Molfetta Law, or you could do so with judges or a government agency, for example. Through your clerkship, you’ll gain the valuable on-the-job experience you’ll need to prepare yourself for life as a criminal lawyer.

Many future employers will want to see that you’ve clerked for a reputable firm or entity. Your clerkship could even lead to a future job with that particular entity where you clerked.

You Must Pass a Bar Exam

Before you can practice law in the United States, you’ll have to pass a bar exam that’s administered by the state where you want to practice. If you’re going to practice in multiple states, you’ll need to pass each state’s bar exam.

Every state has its own particular bar exam, but most consist of a written test and an ethics test. When you pass the bar exam, you’ll receive a license to practice criminal law in that state.

You Need to Choose a Side

Criminal law involves two competing sides in every case — the prosecution, which is the local, state, or federal government, and the defendant, which is the person, people, or entities being charged with a crime.

Michael Molfetta says that once you pass your bar exam and have your license to practice, you’ll need to choose which side you want to represent. In criminal cases, this means you’ll either work for a public entity on the prosecution side or a private defense firm on the defendant’s side.

What you choose at the outset doesn’t mean you have to stick with that choice for the rest of your career, though. Many criminal lawyers will “switch sides,” as they say, from prosecution to defense and vice versa throughout their careers.

Michael Molfetta is the resolute force behind Molfetta Law, a founding partner of CRM Sports Advisors and the CEO of Invictus Sports Management. As a veteran litigation attorney with over 30 years of experience under his belt, he has been lead counsel in nearly 300 jury trials and a legal correspondent for major news networks. Before starting his legal practice, he was the Deputy District Attorney in Orange County and was “1994 Prosecutor of the Year”. Since then, Molfetta has continued to garner acclaim and distinction within the legal field. In 2021, he was named “Litigator of the Year” by The American Institute of Trial Lawyers.