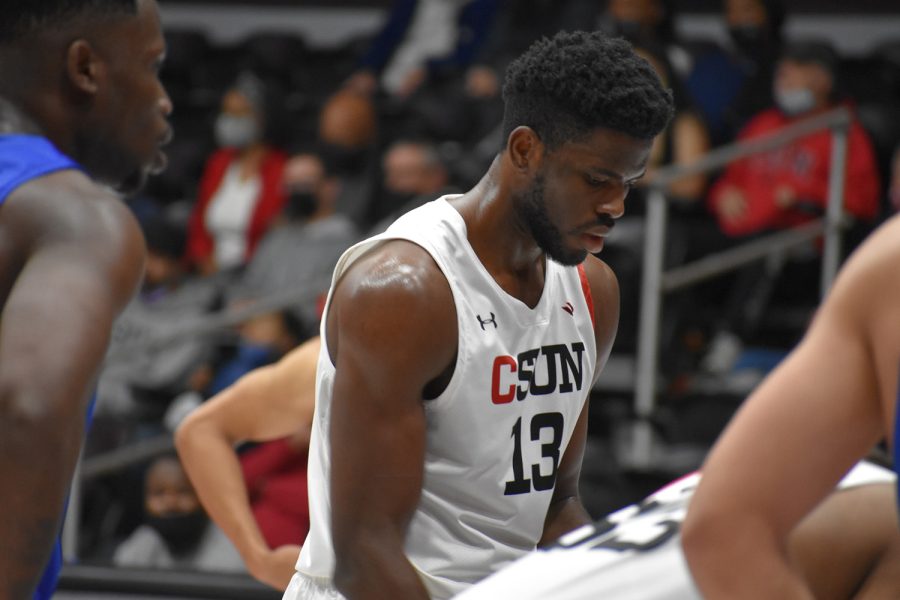 This season, CSUN has had more losing streaks than winning streaks. The Matadors were unable to begin their three conference home games on a positive note as UC Davis ran away with the victory 64-47.

CSUN has not been on a three game losing streak since early December. They lost to Fresno State, Boise State and North Dakota State, but were able to climb out of the hole against Portland State.

UC Davis entered the game looking confident to get their first conference win after coming off a loss against Cal Poly. The Aggies opened the first half with a 10 point lead, which was later taken over by the Matadors as they tied it up at 29 while going into half. CSUN guards Atin Wright and Elijah Hardy were responsible for some of the 29 points in the first half with their combined 11 points.

The second half felt like deja vu for the Matadors, said interim head coach Trent Johnson. Their past three losses have been a result of the Matadors taking a lead and then losing it down the stretch.

In the second half the Aggies stepped on the gas with some help from forward Christian Anigwe, who finished the game going 8-14 from the field while collecting a game-high 16 points. Guard Elijah Pepper added a little pep in the Aggies’ step by dropping 13 points while being dominant beyond the three-point line.

The Aggies were able to get Wright and Hardy out of rhythm, holding Wright to a total of 14 points and Hardy at 9. Coach Johnson credits UC Davis for being experienced enough to limit the scorers.

“When I came out to watch them warm-up you can tell they have been in the system. Jim [Les] obviously does a good job,” said coach Johnson.

Wright was the teams’ highest scorer of the night. Despite the loss he is still managing the point-guard role for the injured senior point-guard Darius Brown, who has not played since Dec. 4. Wright has contributed well on the defensive side. He is averaging 1.6 steals a game, which ranks top two in steals for the Big West Conference.

The Matadors will play three games in a seven day stretch, starting with UC Riverside, who are on a two game winning streak but haven’t played since Jan. 15. Then the Matadors end with a game against UC Santa Barbara on Tuesday before a quick turnaround to travel to Hawaii who is currently 3-0 in conference.