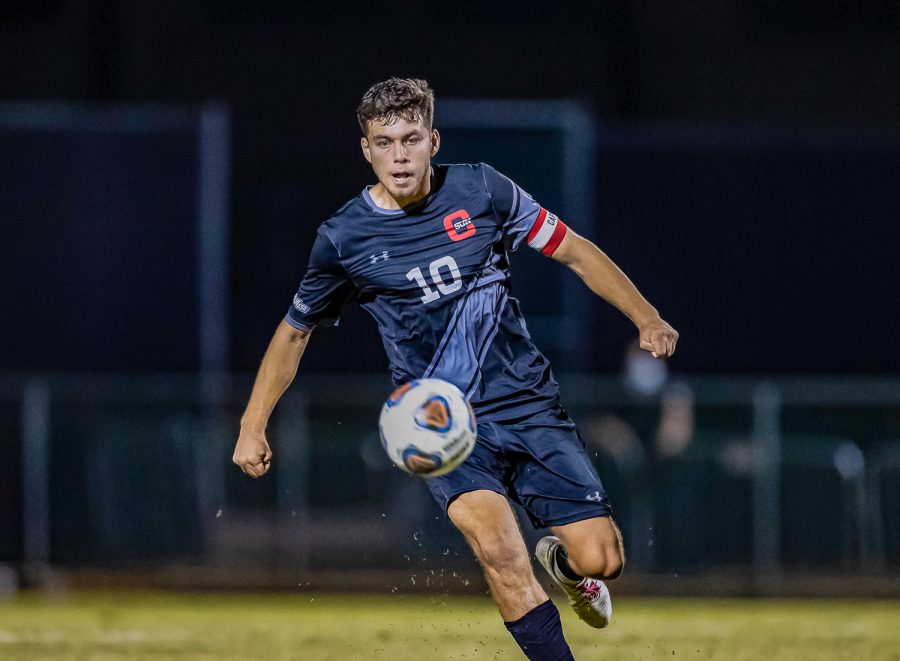 Athletes dream about being drafted and having a shot to continue their soccer career after college. Giovanni Aguilar played for the Matadors for five years, and while their last season ended with a disappointing 4-13-1 record, it was his contribution throughout his career that got the Vancouver Whitecaps FC to draft him with the 44th overall pick in the second round of the MLS SuperDraft.

Jan. 11 was the draft, which allows college athletes in the United States and Canada who have finished their collegiate career to have an opportunity to be drafted. Aguilar patiently waited for his name to be called, and when it was he got to celebrate with his family and friends.

“It was a really nice moment,” said Aguilar. “My mom definitely cried, but those were happy tears.”

The transition was easy for Aguilar, who was born and raised in Northern California. Aguilar grew up in Olivehurst, not far from Lake Tahoe, where he sees some resemblance to Vancouver.

“It’s the trees and the weather, it’s a really beautiful city and I think so far I am transitioning well,” Aguilar said. “Everybody at the club has been super welcoming.”

Aguilar created quite a resume for himself to be a member of the Whitecaps. He started his career as a Matador in 2017, where he was selected to the Big West Conference All-Freshman team. The midfielder was named honorable mention All-Conference as both a freshman and sophomore. This past season Aguilar led the Matadors in almost every statistical category, which helped him make the 2021 Big West first team All-Conference.

After 3,200 minutes on the pitch and countless hours unaccounted for, his dedication and hard work caught the eye of the Whitecaps and led them to take an interest in a kid from CSUN.

Davila told GoMatadors.com that Aguilar is one of the best midfielders to have ever stepped on the pitch at CSUN, while adding he’s next to Rafael Garcia, another former Matador who won two MLS championships with the Los Angeles Galaxy.

With the experience of sending players to the pros, he was able to give Aguilar some advice on how to manage the next level.

“Focus on the present moment, don’t think about everything else and focus on training and everything will fall into place,” Davila advised before Aguilar went north to Vancouver.

In 2021, Aguilar’s former teammate Daniel Trejo was drafted in the first round by Los Angeles FC. Aguilar and Trejo were teammates for three seasons.

Trejo reached out to Aguilar to congratulate him on the accomplishment. “He reached out to me and said congratulations you really deserve this … just go out there and work hard and make things happen,” said Aguilar.

Aguilar and Trejo will get a chance to swap jerseys on March 20 as Vancouver travels to Los Angeles. The Whitecaps kickoff their season Feb. 20.