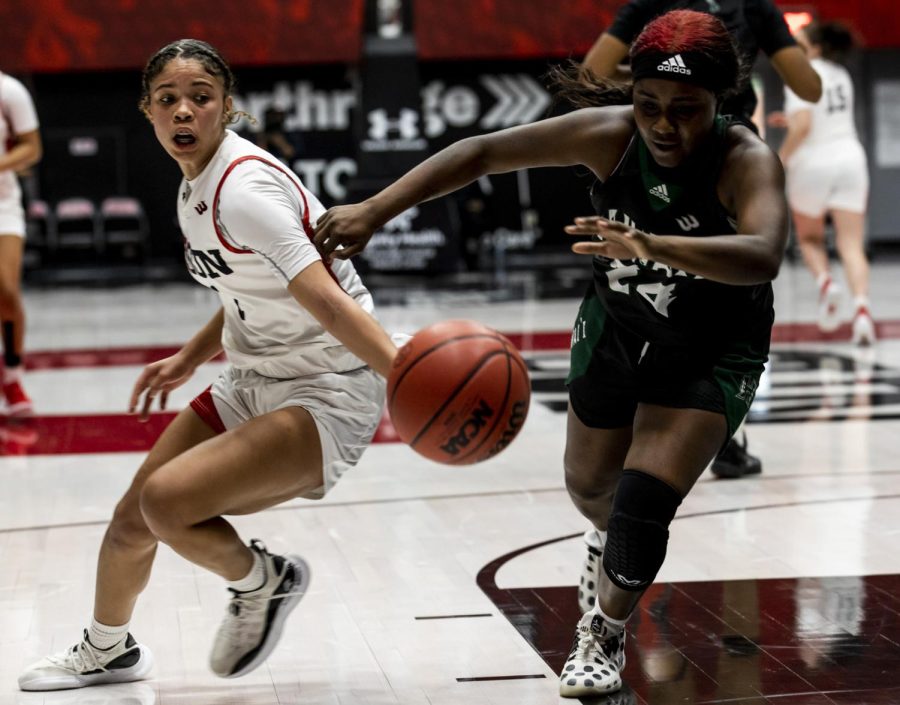 CSUN’s women’s basketball team was tasked with a tall order playing against Hawaii. The Matadors were able to keep it close but couldn’t seal the deal on Saturday, losing 76-67, marking their fourth straight loss.

The Matadors (6-11, 2-5 Big West Conference) played an aggressive game from start to finish on the defensive end by collecting 15 steals and a block. Hawaii (8-8, 4-2) struggled trying to keep possession, turning the ball over 24 times.

Sydney Woodley was CSUN’s defensive maestro for the game. She brought plenty of hustle on defense and created lots of momentum for CSUN. In the second quarter Woodley was able to make a shot through traffic and get the foul, then get a steal right after Hawaii checked in the ball for the next play. She ended the game with 10 points, 4 steals and a block.

“You know, it’s kind of become our identity [playing hard defense],” interim head coach Carlene Mitchell said. “Our kids were locked in on the defense and our game plan, but like I told them, it’s a game of mistakes and unfortunately Hawaii made us pay at critical moments.”

Despite their defensive efforts, the Matadors struggled with their consistency on offense, which helped Hawaii build on their lead.

CSUN turned over the ball 25 times, which led to Hawaii scoring 20 points off of turnovers.
In addition to this, CSUN committed a season-high 29 fouls, which helped Hawaii score 29 points from the free-throw line in 36 attempts.

Matadors forward Tess Amundsen was able to keep the game close by sinking multiple 3-pointers to help cut down Hawaii’s lead from nine to six on two separate occasions in the third and fourth quarter. Amundsen finished the game going 4-6 from three and ended the night with 20 points, 4 rebounds and 2 steals.

Even after the loss, Amundsen’s morale and faith for the team remained strong.

“We’re getting better as the games go by; we prepare, trust our coaches, and we got a plan that we just need to execute,” said Amundsen.

CSUN forward Kayanna Spriggs made her presence known in the paint by forcing her way to the free-throw line in the third and fourth quarter. Spriggs finished the game with 10 points, 9 rebounds and one steal.

“Those girls were really physical, I’ll give that to them, but I kept on fighting and relied on my teammates to back me up,” Spriggs said.

CSUN’s women’s basketball team will travel to play UC San Diego (9-8, 6-2) on Feb. 3. The Matadors hope to turn it around and erase their four-game losing streak.

“San Diego is a talented team and obviously with their record they stand at the top of the standings, so we’ll have our hands full, but again, it’s just one game at a time,” said Mitchell.