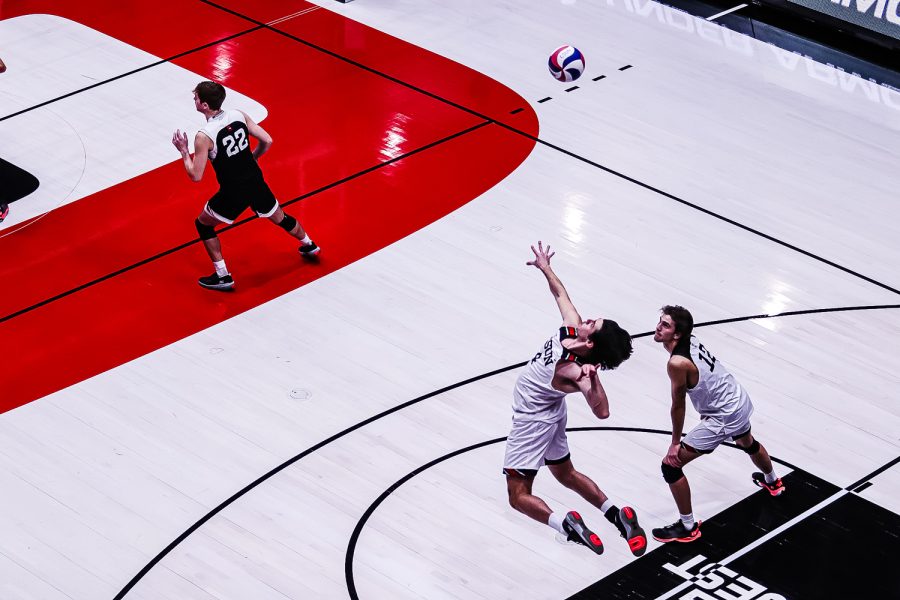 CSUN men’s volleyball (3-1) locked down their third win in a row after beating Vanguard University (5-2) in a 3-0 sweep Wednesday night. The Matadors cruised to victory, ending each set with at least a seven-point lead.

“The first three weeks we were out for COVID, so we had to cancel six games and it’s taken us a little while to get back into the rhythm of volleyball, but we got some players on our team that have just been playing really well right now,” said head coach Jeff Campbell.

CSUN secured the first set 25-16, and kept the momentum going at the start of the second set. The Matadors got a quick kill right off the bat from opposite hitter Luke Krzmarzick, but Vanguard’s outside hitter Filippo Meoni followed up with a kill. This set the tone for the rest of this set, as it became a neck and neck contest, but the Matadors were able to break away and secure the set 25-18.

Matadors outside hitter Kyle Hobus was one of the key contributors in the match. Hobus led the Matadors with 10 kills, recording four of them in the second set. He was also able to seal the deal on that set by getting the final kill to lead the Matadors into the third and final set.

“Everybody on the court is just really grateful to be out there, so we’re just going out there and playing our best,” said Hobus.

CSUN middle blocker Olumide Allen had a notable third-set performance, as he started the set with a big block and then two kills right after to make the score 3-0. He then followed that up with a team block with Krzmarzick, and ended it with another kill to make the score 5-1. The Matadors kept the momentum on their side as they finished the set 25-13.

The Matadors are looking to continue their win streak as they face off against No. 7 USC (9-2) Feb. 10 at the Galen Center.

“Tomorrow against USC is going to be a real test,” said Campbell. “You know, they’re a top 15 team, [and] we’re going to play in the Galen Center, which is this huge facility that’s nothing like this. They’re really good and have a lot of seniors, but if we play like we just did tonight then we’re going to be in good shape.”