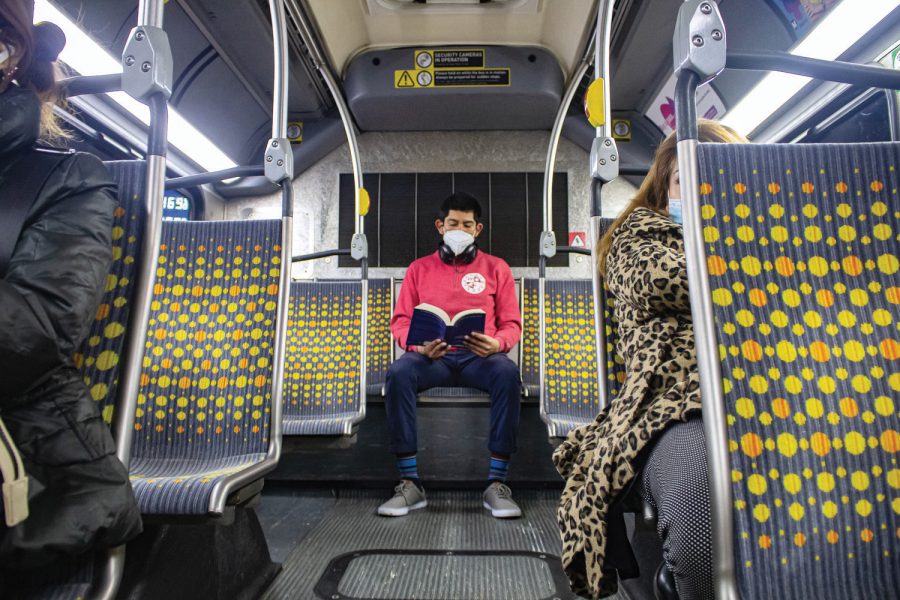 From its founding as San Fernando Valley State in 1958 when classes were offered in portable buildings, CSUN was designed to be a commuter school that served students who lived nearby, just like many of the other California State University campuses built in urban areas.

Today, commuters are one of CSUN’s three largest nontraditional student populations — working students and parents being the other two — that have helped shape the university since its founding.

Like many other CSU campuses, CSUN offered classes at times that working students and student parents could attend. While administrators have made class times more flexible to students, limited parking and child care capacity may pose challenges.

Despite the challenges CSUN, with its focus on nontraditional students, the school might be a model for the future of higher education.

Traditional students come to college directly after high school and devote four years to studying. Nontraditional students may be older, tend to work and may be parents. Many of them will be the first in their families to attend college.

In the late 1980s, CSUN expanded student housing in hopes of emulating traditional campuses like University of California, Los Angeles or University of Southern California. After quadrupling dorm capacity over a few years, CSUN quit building new on-campus housing, seeming to accept a role as a commuter campus.

CSUN remains primarily a commuter campus today as less than 10% of the student body is housed on campus. An estimated 95% of the 39,000 students drive an average of 12.5 miles each way to campus, according to an annual report on commuting behavior by CSUN’s Institute for Sustainability.

The report suggested that 14,500 students, faculty and staff commuters come to campus on the busiest days. CSUN’s parking lots can accommodate about 13,500 vehicles each day. Many of those commuters may use alternative transportation or carpool, so the numbers are not exact.

Parking has such a poor reputation that a former computer science major created a “CSUN Parking Complaint Generator,” an automated Twitter account that captures many of the common complaints about parking.

The interim manager for CSUN’s Parking and Transportation Services, Emanuel Campos, believes that the university has done a “great” job in its ability to park all of its students.

Administrators understand that the department, which is a self-supporting entity that raises its own operating funds, needs to provide ample parking.

After opening a 1,500-space lot recently, the campus will not build more facilities for another seven to 10 years, according to Campos.

The university also hopes to ease the parking problem by incentivizing the use of other methods of transportation, including subsidizing passes for public transit.

Another group of nontraditional students at CSUN are working students. More than 70% of CSUN students have jobs, according to CSUN Counts, and work an average of more than 22 hours per week. Nearly a third of them work as many as 30 hours per week. Seven out of 10 students work off campus; only 13% have campus jobs.

First-generation college students tend to be employed at a higher rate (75%) than their counterparts (67%). According to the U.S. Department of Education, nearly three-quarters of student parents work.

Working students may have a tougher time academically and run the risk of taking longer than six years to graduate. A Georgetown University study reported that 47% of students who worked more than 15 hours a week had GPAs of C or lower.

CSUN administrators are careful to keep working students in mind when creating the schedule of courses, which is why the university offers a variety of daily class times.
When it comes to the planning schedules, CSUN Provost Mary Beth Walker, the university’s chief academic officer, said the key principle is “being responsive to student demand and doing our best to accommodate that while maintaining quality programs.”

CSUN has classes that are scheduled outside of the typical school day, and many students attend classes in the evenings and weekends. The university has time blocks for classes as late as 7 p.m. In comparison, the more traditional UCLA has classes that cap at 3:30 p.m., while offering fewer weekend courses.

“We have generally tried to pay close attention to student demand at various times during the days, including the weekends, and have moved classes around to be responsive to that demand,” Walker said.

The large community of parents is an area to which the university may have room to further adapt. While affordable, child care at CSUN has a limited amount of spaces available.

The university’s main facility that is designed to provide child care for faculty, students and staff is the Associated Students Children’s Center. It was founded in 1973, and its first priority is “to provide affordable child development services that enable student families to reach their academic goals, while their children receive high-quality child care,” according to the center’s website.

The director of the Children’s Center, Pearl Kurpjuweit, recognizes how important it is to support student parents.
According to a study done at University of California, Davis, 13.4% of the 1.5 million students who applied for financial aid in California in 2019 were parents. If that math were applied to CSUN’s student body, it would mean that there were more than 5,000 student parents.

Current campus child care services address a fraction of that possible demand. The Children’s Center can serve 136 children, but the capacity was cut in half because of COVID-19 restrictions. Before the pandemic, there were waiting lists for the Children’s Center. A spokesperson for the Center said she did not know exactly how many parents were on the list, but described it as “steady.” However, priority was given to student parents.

“Being a student parent is difficult … We want to mainly serve our student parents so they can focus on work and their studies. We provide a dual role here not only as a day care but also for child development and education,” said Kurpjuweit.
Support is given to parents in the form of parenting tips and advice from the center staff.

“Parents get a lot of parenting education from us. They’ll succeed in their education better if we help them become better parents,” said Elsa Lewis, the assistant director of the Children’s Center.