Matadors softball strikes out against No. 3 UCLA 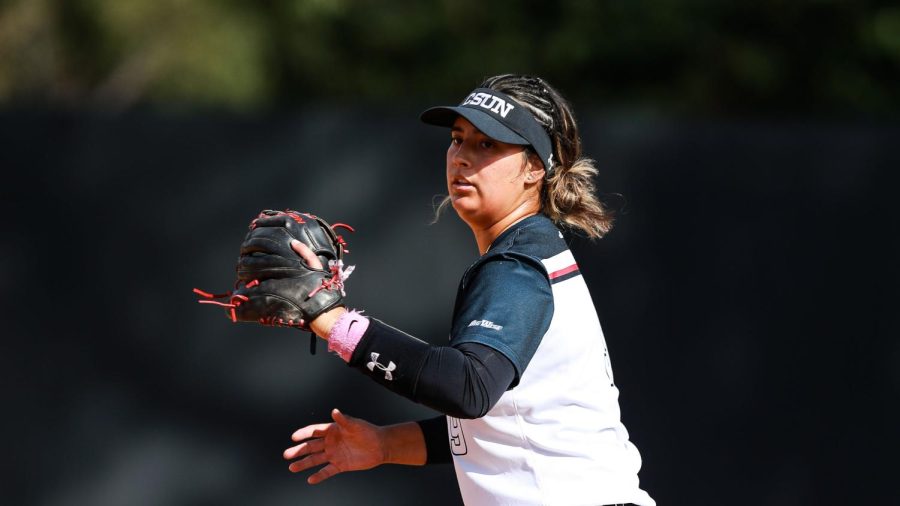 UCLA students could not wait to pack Easton Stadium in Westwood to watch UCLA take on CSUN. It had been months since anyone heard, “Play ball!”

The Bruins finished the season 43-7 with a trip to the Women’s College World Series last season, falling short to Oklahoma in the quarterfinals 10-3.

The Matadors went under the bright lights to take on No. 3 UCLA, but it did not take long for the Bruins to show CSUN why they’re ranked third in the nation.

UCLA’s offense was lights out throughout the game, starting with 13 runs in the first inning and finishing the game with the final score 22-0.

CSUN had their chances to prevent the shutout in the top of the third inning. Azevedo walked her first batter, CSUN second baseman Alexis Garcia. But anytime the Matadors put runners on base, the Bruins found a way to shut it down with their stout defense.

“Hats off to UCLA, they did a heck of a job. They came out on fire offensively and then their pitching and defense kept them in and they made the plays when needed,” said second-year CSUN head coach Charlotte Morgan.

Maya Brady had a phenomenal night for UCLA, going 4-for-4 with three RBIs and a homerun in her second at-bat in the first inning. Brady wasn’t the only one who got into the action for the Bruins, with first baseman Kinsley Washington going 3-for-3 with four RBIs.

The Matadors had five defensive errors in the first four innings, many of which resulted in UCLA extending their lead.
CSUN took the field with 14 new players this season, including nine first-year players. Last season the Matadors finished 6-20 in Morgan’s first year as head coach. Morgan knows that the next few opponents are going to be a challenge before Big West Conference play begins.

“At the end of the day, we’re competing to … be ready when conference play comes around,” Morgan said.