Three Black women explain how colorism has affected them 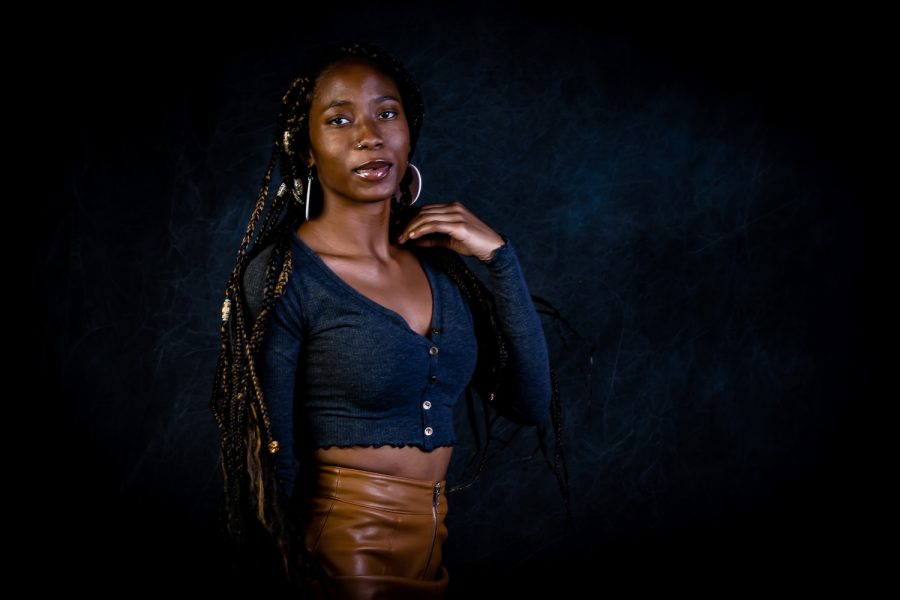 A subconscious bias has been placed on Black American society due to the socialized conditioning that begins with our country’s foundation, and is continually reinforced through the same generational trauma many families experience. It puts light skin on an invisible pedestal, while placing a divide even within those of the same community.

Ideals that have been reinforced as a result of the experiences that their family members endure, including those whose ancestors’ worth could be determined based on the lightness or darkness of their skin. Those experiencing dehumanizing treatment throughout the last 400 years have unfortunately been forced to place value on the lightness of their skin solely from the necessity to survive.

Colorism impacts members of the Black community from stereotyping, perceptions of intelligence, social status, healthcare treatment, and toxic ideals of beauty standards and self acceptance.

The Sundial takes a closer look at the lives of three women of color, to understand how colorism has affected their lives, and how they’ve learned to reclaim their space in a Eurocentric society.
Kaila Moore-Jones

CSUN senior Kaila Moore-Jones holds many titles, from proud member of Zeta Phi Beta Sorority, National PanHellenic Council President, president of Black Girl Magic, a member of the Housing Affinity Group, and a student for quality education intern on campus; but her role as a leader in the CSUN community was something she could not have imagined for herself four years ago.

Jones describes how her ceasing to follow Western standards when it comes to hair helped her grow in her own self-love journey.

“I really got to connect with myself and my hair in general, but really myself … We’re growing this and we’re taking care of it like from the seedling on,” she explained. “You learn you have to go through that little ugly phase, and then it goes to the phase where I can’t really do anything with it. And you kind of have to learn to love it throughout these stages of ‘ugliness’.”

She explained that once she cut her hair, her family had mixed reactions at first due to their experienced generational trauma with their own hair. Jones showed them the love she had for her Black hair, which convinced many of them to feel the same.

“There’s nothing wrong with Black hair – just the perpetuation of racist discriminatory ideals across generations,” Jones said. “Like my Grandma reacts to my hair sometimes. I know it’s not really coming from a bad place, it’s what she grew up on.”

Her Grandmother would say things to Jones like, “‘I love your hair. It’s so big.’ Then sometimes she says, ‘You need to do something to that, put it away.’” Jones responded, “ It’s an afro, this is what it does – what it’s supposed to be like.”

As Jones bears the weight of unlearning for the generations that came before her, she is working to break patterns that have held her and other women in her family back, while finding solace in their identities and embracing their roots.
Devin O’Brien

CSUN creative writing and gender and women’s studies major Devin O’Brien, who uses the pronouns they/them, is an aspiring songwriter and runs a vegan false eyelash business with their supportive mother.

Colorism was something close to home for O’Brien, who had trouble being able to identify as a Black woman because of the lightness of their skin while feeling like an outsider in their own community.

“I never even thought about colorism, because my Mom never praised my skin,” said O’Brien. “There’s a lot of that in the Black community with people that are lighter.”

O’Brien said having more European hair texture was equivalent to being more accepted. This uneven bias was not something their mother imposed on them, but instead something they learned in the classroom.

It wasn’t until the 2020 Black Lives Matter protests that O’Brien began to truly see themself as a member of the Black community, as they rose up to show support of their community.

O’Brien has used their privilege to speak out for members of the community, giving multiple speeches about colorism during her time as a student in both high school and college.

“I feel like privileged groups overall don’t speak about oppression, because why would you talk about something that you don’t experience,” said O’Brien.

O’Brien still struggles with feeling comfortable taking up space, and the acceptance of their own identity. They still straighten their hair once or twice a day to feel more acceptable while living within white spaces. O’Brien recently mentioned how they finally wrote a song about self-love and acceptance, which proved to be a huge leap for them in their journey to experiencing love, both internally and externally.
Jisel Soleil Ayon

As a CSUN alumna, Ayon took time out of her busy tour schedule to share her journey to becoming a professional actress and embracing her role in the world as a Black female performer.

During her last semester at California State University, Fullerton, Ayon received notice that she would be cast as Wednesday Addams in The Addams Family Musical at the Pacific Conservatory of the Performing Arts.

As she began to see herself playing roles on stage she never thought she would, Ayon began to reflect on the years of her life where she did not see herself as a Black woman. With a family who is half-Mexican and half-Black, she found it hard to identify with either part of herself.

She did what she could to fit the whitewashed beauty standards, including damaging her hair from the straightening of her natural curls.

Ayons voice started to swell with a powerful happiness as she said, “I love my curls. Sometimes I still freakin hate them. But … I look at my curls now [and] I feel myself with the curls, which would never happen before.”

As she tours in places around the United States, she not only is changing her own mindset of her identity in the roles she pursues, she’s also bringing new perspectives to audiences from parts of the country who do not view women like her in the roles she portrays.

The feedback she received from audience members in Alabama put everything into perspective, with race being at the forefront of a majority of American conversations. Having a woman from the audience compliment her on her performance, and acknowledging that she would never have seen someone like Ayon in a role like this before, presents an important step forward in the world of live American theater.