AS struggling to find candidates for student elections 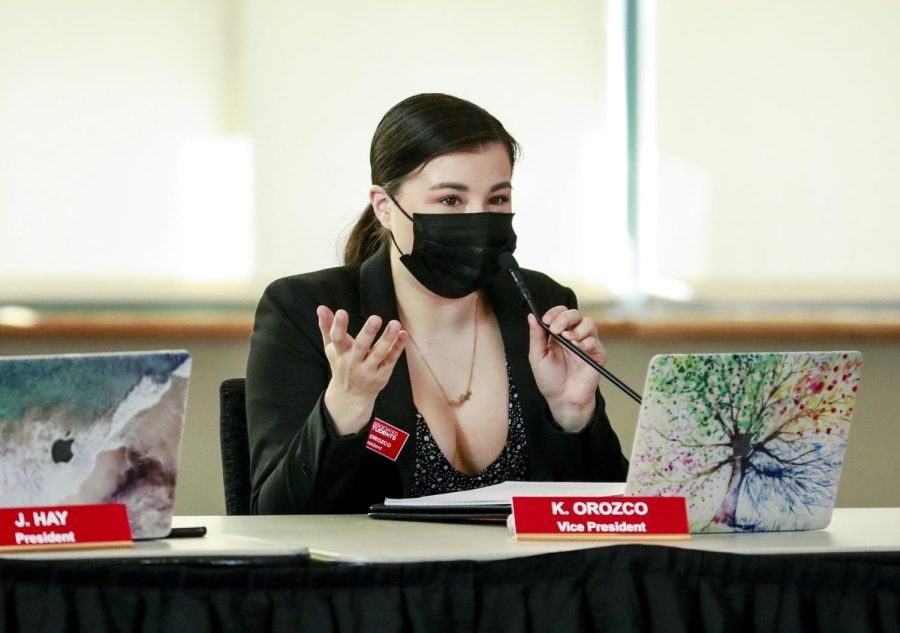 AS Vice President Kaitlyn Orozco speaks before the senate on Monday, Feb. 28, 2022.

On Monday, CSUN’s Associated Students announced that they are struggling to find candidates for their annual student government election.

Kiana Requena, senator for internal affairs, feels a disconnect of student engagement, especially between freshman and sophomore students, is part of the reason for a low turnout.

“Because their first years of their college experience have been online they don’t really know us or what AS even is,” Requena said.

The election is scheduled to take place from April 11-13. Ballots will be sent to students through email, and there will also be at least two booths on campus with voting information for students throughout the election. There will be no polling stations on election day, like there have been in previous years, due to COVID-19.

CSUN and AS also revealed that the rapper Blxst will be headlining its Big Show on Saturday, March 12 starting at 3 p.m. Tickets will be $15 per person and will only be available to CSUN students, faculty and staff. Only 4,700 tickets will be available for purchase. There will be anywhere from three to five different food trucks at the event.
Reports
AS voted unanimously to approve the Women United club constitution.

The investiture of President Beck will be the sixth time the campus has ever done it. Each organization and club on campus will present something to the president as part of the ceremony. The investiture will be from 10:30 a.m. to 12 p.m., and from 3 to 5 p.m. there will be an “Afternoon Kickback with President Beck” on the University Lawn to celebrate.
Appointments
Desmond Loh was appointed to the senate as a Lobby Corps member. Lobby Corps is a team of students who work alongside the AS chair of legislative affairs to represent the interests of students. Lobby Corps serves to amplify the diverse voices of CSUN students by ensuring they are heard by the appropriate governing body.