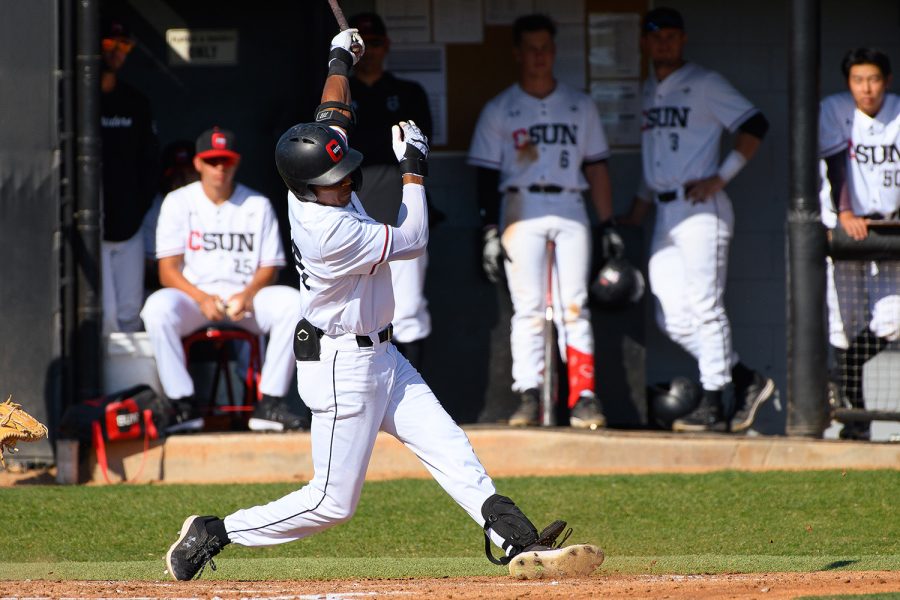 CSUN baseball (5-2) wrapped up their four-game series against the Pacific Tigers in a sweep that saw the Matadors open their 2022 season home debut in dominant fashion.

On paper the games appeared to be won in a landslide, but CSUN coach Dave Serrano admits it was closer than it seemed.

“In Sunday’s game they jumped to a 4-0 lead. Kai Moody gets a grand slam to tie it up, but we never felt safe,” Serrano said. “Overall, we did a better job as a team compared to them in not giving up free bases with walks, errors, and I thought we played stellar defense all weekend long.”

Limiting errors in the series against Pacific helped the team put together a solid defensive outing. They only committed one error compared to last weekend’s series against UCLA that saw the Matadors commit six errors.

Complimenting the team’s defense was the offense, whose bats came alive this series, running up a total of 42 hits. Leading the way was senior outfielder Moody, who had a batting average of .529, nine hits, three home runs, nine RBIs, six runs, three doubles, a triple, and one stolen base.

Moody’s dominant yet calm approach to the game saw his performance against Pacific earn him his first career Big West Field Player of the Week award.

“Playing pitch by pitch, game by game, not looking ahead,” Moody said. “Staying in tuned to the game. The first game is behind you it doesn’t matter because you got to be on top of what’s going on right now.”

The team atmosphere going into the series was full of hunger as they were disappointed with last week’s series, but showed out against Pacific that saw the team wanting more.

“We were having fun, the energy was high,” Moody said. “In my opinion we didn’t do anything special, we just did what we were supposed to do.”

The Matadors look forward to their road trip up north that will bring new challenges in a series matchup against nationally-ranked No. 2 Stanford at Klein Field at Sunken Diamond on March 4.