The rise of stress-free video games 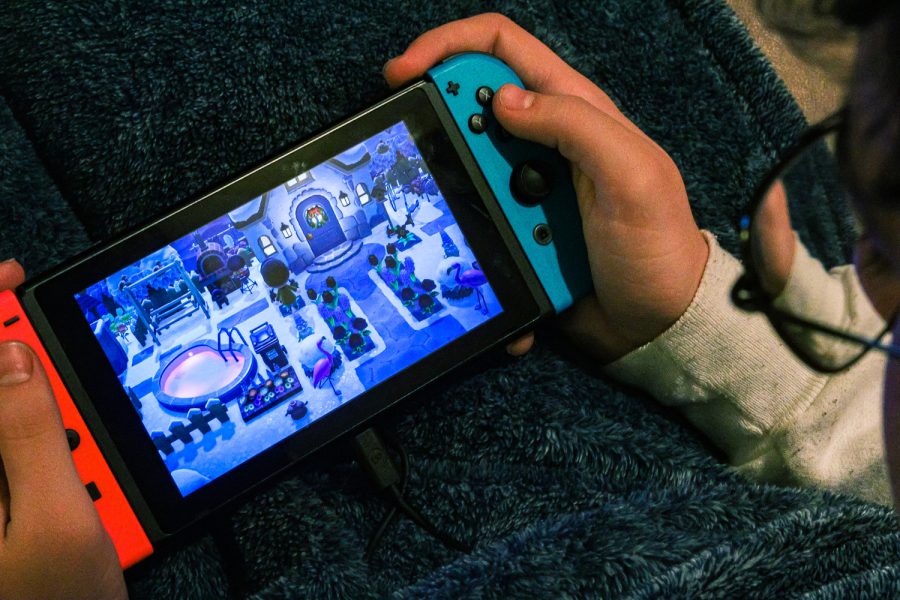 The pastime of playing video games to quell the boredom many felt during lockdown has transformed into an effective way to relieve stress.

Mandatory quarantines gave people the time to discover, or rediscover, video games. Console and game sales, player population, and time spent playing have increased since the start of the pandemic.

As one of the few methods of social interaction during a time of regulated social distancing, video games being used as an outlet for stress relief was inviting to both new and veteran players.

A 2021 study on the relationship between personal well-being and video game usage during the pandemic found a 71% increase in playing time among participants. Fifty-eight percent also felt that playing video games affected their well-being, with a majority reporting a positive impact.

Casual video games built with the specific function of eliciting positive emotions in players through a calming experience aren’t exactly new to the mainstream market.

Santa Monica-based video game developer Thatgamecompany is famous for indie titles that were made with the goal of creating a relaxing experience. Flower, Journey and Sky: Children of the Light are notable examples. These games emphasized calming visual and audio design over gameplay mechanics, which appealed to players, as evident by Journey becoming the first video game soundtrack to be Grammy nominated.

The idea of reducing stress for video game players has even reached high-budget game developers who have started to implement features intended to lessen player frustration.

“With the game’s world being so large, that can produce real depth and breadth of enjoyment, but it can also lead to unnecessary stress for some players,” said Yasuhiro Kitao, Elden Ring producer, during Taipei Game Show 2022. “The development team has been very careful to avoid that where possible.”

One commonality within stress-reducing video games is the design of the game itself. Mental health advocacy organization Take This addresses underlying conditions, like game design, that can create mental health challenges for players.

Rachel Kowert, research director at Take This, explained that video games can be a great tool for relaxation. They provide an optimally balanced challenge that induces a heightened sense of concentration called a “flow” state, according to Kowert. This state of flow motivates players to continue playing and can be a pleasant form of relaxation from everyday stress, she added.

“People are seeking ways to escape from the stresses of daily life. And I say escape in the best possible way, it is not an inherently negative thing,” Kowert said. “We all need an escape and some games poise themselves in the market for just that.”

Even more competitive and often intense games that are seen as stress inducing can have a positive impact on stress. Whether one game is more effective at managing your mood than another may come down to preference.

The Self-Determination Theory has been more recently expanded upon to talk specifically about how game design contributes to a person’s well-being, according to Kowert. The theory revolves around three basic psychological needs that facilitate personal growth: autonomy, competence and relatedness.

Video games can give a sense of autonomy by allowing players to make in-game choices, a sense of competence from achieving goals, and a sense of relatedness through the virtual interaction of other players, Kowert explained.

“Games are particularly effective tools for mood management, because good games are developed to be engaging in a way that meets all of our basic psychological needs as humans,” Kowert said.

The popularization of video games for stress relief continues to grow alongside the success of the digital games market as a whole. This may play a part in why the gaming industry has boasted a global revenue of over $180 billion in 2021, according to Statista.

After gaining more free time during the pandemic to play video games, 75% of gamers expected to continue or increase their gaming activity, as reported by a 2021 survey conducted by Google and Newzoo. This increase may only continue the upward trend of video games as a tool for relieving stress and relaxing.

“It is important to know that the impact of games in our everyday lives are more positive than negative, or at the very least neutral,” Kowert said. “While too much of anything can be detrimental, video games are a great way to unwind at the end of the day.”