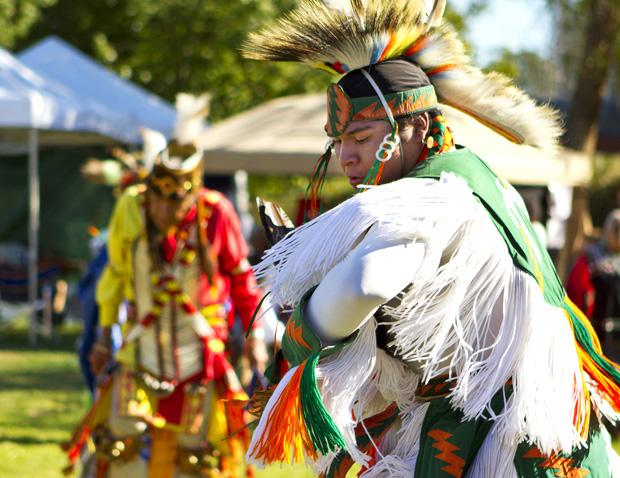 Among CSUN’s population of more than 38,000 students, just 89 people identified as American Indian or Pacific Islander last semester, according to CSUN Counts. This is in spite of the fact that Indigenous people have inhabited Northridge long before college students and suburbanites called the area home. One organization on campus is bringing awareness to the hidden history and culture of the Native people of the San Fernando Valley.

The American Indian Student Association is a student-run organization that supports the Indigenous community at CSUN and the surrounding area. AISA was initially founded in 1969 for students who identified as Native American, but now welcomes Asian Indian students, other Indigenous students and allies who are interested in Native American culture, events and political issues.

AISA president Isaac Michael Ybarra, a cinema and television arts major and American Indian studies minor, says there is some confusion about the aim of the association. Many students do not acknowledge or identify with their Indigenous backgrounds, with some allies being hesitant to join AISA because they think they are taking room away from potential Indigenous members, according to Ybarra.

“It’s about activism and it’s about creating a community for mostly Native students and Indigenous students, but the way I’ve seen it in the past few years and what I’ve pushed for as president, it’s more of a space for political advocacy discourse,” Ybarra said.

While the Mission San Fernando was founded in 1797, the Fernandeño Tataviam were merely given their name in that same year and have lived in the San Fernando and Simi Valleys much longer alongside the Chumash and Tongva groups. The establishment of the mission is actually seen as “the recruitment and enslavement of Indians,” according to the Fernandeño Tataviam band’s website.

AISA has hosted a number of events with the Tataviam, including a virtual Indigenous Peoples’ Day celebration.

“When we have events, we acknowledge the presence of Native people by having them participate in the event when we can and bringing attention to them,” said Scott D. Andrews, the faculty advisor of AISA and the director of the American Indian studies program.

AISA hosted an open house on Feb. 22 to celebrate the reopening of the Central American Studies and American Indian Studies Cultural Center, which had been closed for two years because of the pandemic. The center is a multipurpose space for events, guest speakers, cooking and gardening workshops, discussions, and even studying.

The organization invited Tataviam vice president and CSUN alumni Mark Villasenor to bless the space, in which the open house building was redecorated to educate community members about AISA. Club members also handed out stickers that read “You’re on Tataviam land.”

“The goal was to introduce the Native community to CSUN and I think it was a good start for people to understand and get more involved,” Ybarra said.

AISA is currently working on a mural and three additional art projects in a semester-long effort to beautify the cultural center. Other plans on AISA’s calendar this semester include a beading circle to raise awareness for the Murdered and Missing Indigenous Women movement, and a field trip to clean up graffiti at the historic meeting point of the Tataviam, Tongva and Chumash in Chatsworth.

However, the association’s main priority this semester is to spread awareness of its existence, as AISA is struggling with low involvement — a campus-wide issue that has affected clubs and organizations since the pandemic began.

“Native people are a part of the present and the future, and AISA is open to anybody who is interested in Native topics or contemporary issues,” Andrews said.

“We jokingly say that you don’t have to Native to be in AISA, you just have to be cool.”