Digital dating: Dangers of online dating and how to combat them 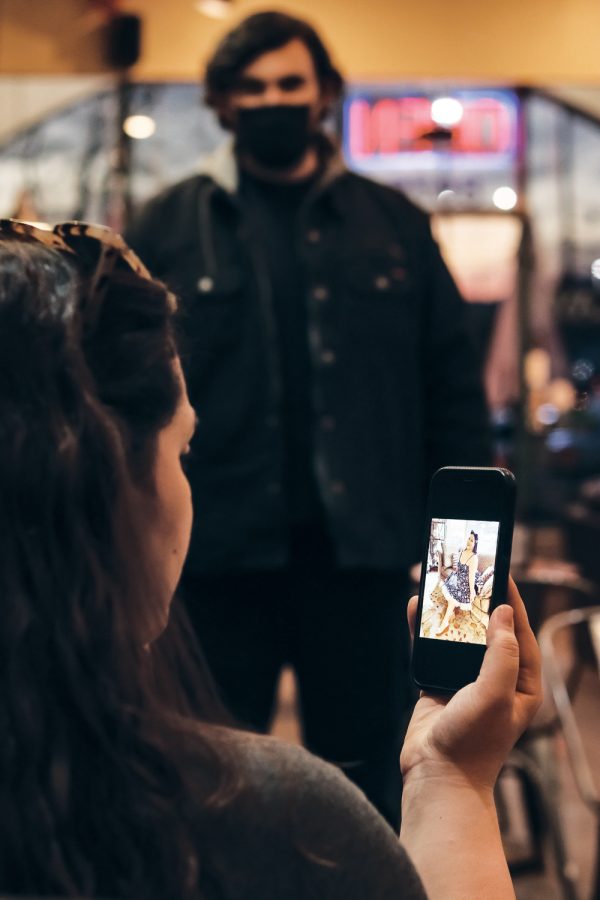 When Rebecca Singleton was a CSUN student a few years ago, she would browse dating apps like many her age would and went on a few dates.

On one of those dates, she thought that she was going to be murdered.

She was picked up by a man she had met on OkCupid one night. The pair drove to a park, where the man attempted to get her to kiss him. She repeatedly turned down his advances and thought she had fended him off.

Her gut was telling her something was really wrong.

Then the man told her he had something to show her in his trunk. They got out of the car and walked to the back. When the trunk popped open, she saw something that set off every alarm bell in her head.

It was a shotgun.

“Thank god the park was close to my house and I just told him I had to go home and blocked that psycho on everything,” Singleton said. “But it still gives me a lot of anxiety that he knows my name and had my phone number.”

The fear of a first date turning dangerous exists somewhere in the back of many people’s minds, but Singleton’s experience is just one representation of when that fear becomes a reality.

The dating landscape has shifted dramatically towards online dating and away from traditional methods in recent years. Dating apps like Tinder, Hinge and Grindr have become the number one way that singles meet each other, according to a 2019 research paper published in the Proceedings of the National Academy of Sciences.

Data from Business of Apps also shows that over 300 million people worldwide use a dating app, roughly 4% of the world’s population.

“The activity level has gotten to the point where if you’re not online and don’t have an online dating strategy, you’re probably going to stay single,” said Julie Spira, the founder of Cyber-Dating Expert.

With millions of people on dating apps, thoughts about their safety might not be the first thing present in millions of minds. But some serious crimes relating to dating apps have occurred.

Meetups from dating apps have been directly linked to serious crimes like murder and sexual assault.

Quantifying the amount of violent crime that can be linked directly with dating apps is difficult, but a 2015 estimate from True Crime Daily placed the numbers at more than 16,000 abductions, 100 murders and thousands of rapes each year across America.

In 2016, 35-year-old Preston Talley was murdered in Florida by two men after he was lured into the woods by someone he met on the dating app Plenty of Fish. A 2019 ProPublica story detailed a woman in Massachusetts who was sexually assaulted by a three-time convicted rapist and designated sex offender, who she had met on Plenty of Fish and gone on a few dates with.

Dating apps have also created opportunities for criminals to target victims for scams and blackmail. Romance scams in which a fraudster solicits money from someone they’ve wooed online have proliferated and resulted in $1 billion in losses in 2021, according to an FBI press release.

Blackmail has also become a huge issue on dating apps, and is something that can particularly affect the LGBTQ community.

In the U.K., a man was sentenced to five years in prison for threatening to expose men he hooked up with on Grindr as gay to their loved ones if the victims didn’t pay him after their encounter.

Concerns for privacy have also been an issue with dating apps because of how they collect data like location and personal information.

The amount of data some dating apps collect is shocking.

The Guardian journalist Judith Duportail asked Tinder for a copy of her data. In return, the company sent back 800 pages worth of her personal information, including her Facebook likes, Instagram photos, and records of every chat she had on the app in four years.

Hacking has also been an issue with dating apps. In 2021, a hacker released the data of 2.3 million users of lifestyle-focused dating app MeetMindful that included Facebook account information and geolocation information.

Spira says safety has definitely improved over the years.

“Everybody in the dating industry is concerned with safety. What I’m pleased to see is how all of the apps are stepping up to make sure that there’s a safe environment for singles. All of the apps have dating advice on how to go out on a safe date and how to vet your dates,” Spira said.

Spira pointed out that Tinder, the world’s most popular dating app, has laid out new safety steps for users like making sure to always meet in a public place and avoiding alcohol when on a first date.

Tinder has also made reporting abusive or potentially-dangerous users easier within the chat menu, using the shield icon that prompts users about danger and gives them the opportunity to report someone.

Dating app companies have made some strides in protecting their users’ pockets by adding Know Your Client procedures like multifactor authentication and verification photos, which help cut down on fraudulent accounts used in romance scams.

Dating apps rely mainly on user reports to find malicious activity on their platforms. In the past when criminal offenses occurred, it fell on the user to contact authorities in an emergency situation.

Currently Tinder has partnered with tech safety company Noonlight to create a panic button feature that connects users to a live representative who can talk to them, contact emergency services and send vital location data to first responders.

Match Group, the world’s largest dating app company and owner of Tinder, Hinge and Plenty of Fish, has also partnered with the non-profit tech safety company Garbo to create an opportunity for users to run an in-app background check that utilizes public records to reveal convictions and histories of abuse.

But the background checks are set to be rolled out as a “freemium” feature that users will have to pay for when they want to use it. The price for this feature is uncertain, but Match Group and Garbo say they are trying to ensure that the price is accessible to all users.

One thing that every social platform struggles with is maintaining a balance between user experience and privacy.

Tinder, OkCupid and Hinge have all made commitments to user privacy and the security of their data. A 2017 study by Kaspersky determined that the nine largest dating apps all had quality cybersecurity to prevent hackers from gaining access to user’s information.

New normals have overtaken much of our world in the last few years. Love is an important factor in many lives, but caution, careful vetting and confidence in who people are meeting online should always be exercised.

What saved Singleton is something Spira preaches as the main thing to do in online dating — trust your gut.

“I don’t tell people to get a background check after one date, I tell people to use their intuition,” Spira said. “Your gut is the wisest thing you’ve got going.”