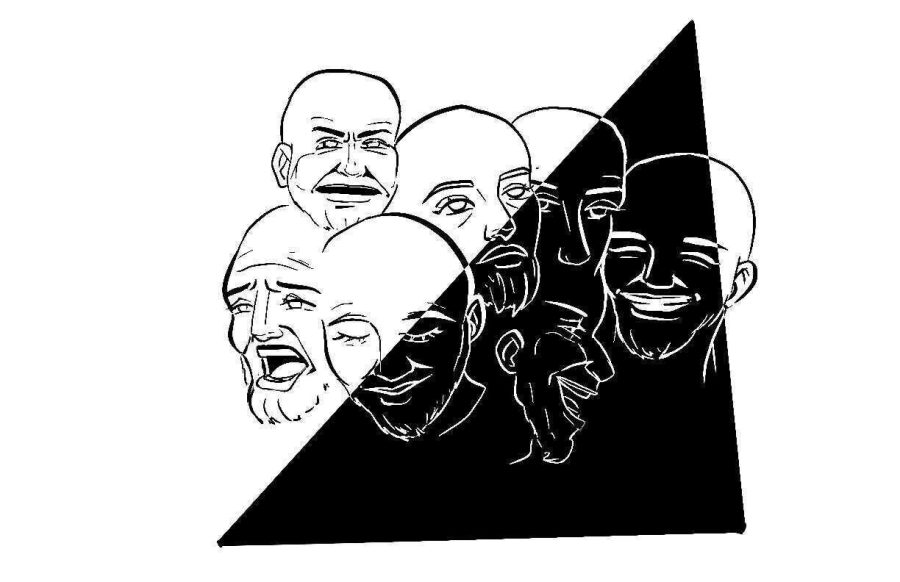 In the Bible, written thousands of years ago, is the story of Adam and Eve. The forbidden fruit in the tree of knowledge tempts Eve, who feeds the fruit to Adam. After eating this fruit, Adam and Eve are banished from the Garden of Eden, teaching the millions of people who’ve read this story the fear-based belief of separating good and bad.

There are countless stories just like the one of Adam and Eve in almost every religion.

Folk tales show young people morals, like teaching children how to treat others. Or the importance of kindness.

But curating a separation of good and bad limits how we view one another. It ignores the complexity of our own thoughts, avoiding how growth and experiences shape our realities and behavior.

It is understandable that this separation exists. In school, we are taught problem solving and critical thinking skills. In your English or math class, your teacher will give you the problem and ask you to find its solution.

This trains our minds to find the wrong and fix it with the good.

We can’t apply this thinking everywhere.

Funny enough, I learned that from my therapist. That conversation followed me to my history class, where we discussed the book “Lies My Teacher Told Me” by James W. Loewen.

Loewen criticizes how one-dimensional historical figures are portrayed in history textbooks. He uses Abraham Lincoln to express this thought.

He adds a quote by Frances FitzGerald at the beginning of this chapter: “It is not only radical or currently unfashionable ideas that the texts leave out — it is all ideas, including those of their heroes.”

Textbooks limit Lincoln to pragmatic thinking, making him seem heroic when in reality many of his views on race and racism only changed later in his life. Loewen argues his beliefs were complex and changed throughout the Civil War, his most complex ideologies being on race and slavery. Only after many conversations with Black activists like Frederick Douglass did Lincoln’s ideologies change, according to Loewen.

Again, our thought process of separating good and bad is integrated in the ways we’ve learned in school.

But we’re not in the same era of Lincoln, or obviously Adam and Eve.

Yet this separation is more prominent now than ever before.

Social media generates the perfect algorithm for its consumers, showing you only content you like and interact with.

These filter bubbles isolate us from other online communities and information, cultivating the idea that our reality is the only correct one.

This is prominent in politics and online cultures. Polarization has created an increasing gap between political groups.

One of the biggest examples of this is cancel culture, in which online communities decide to cancel something or someone based on disapproval, centering this disapproval on what’s considered to be not socially acceptable.

In reality, this separation is poisonous within our society, with the continuous evolution of the media we use every day and digital corporations creating each consumer’s perfect algorithm.

All it’s doing is separating us from one another.

The idea of good versus bad does not exist within humans. The media we consume, our everyday interactions, the way we were raised, and our culture affects the way we think and act.

Each one of our realities is different from one another, with the continuous new experiences that shape our growth and influence what we consider good or bad, meaning that there is not a metric system to measure a universal definition of what makes you a good or bad person.

Yet we constantly limit ourselves by trying to problem solve one another. We must practice open-mindedness and not defining others by their mistakes, helping ourselves to be one step closer to shutting down the polarization social media has created.