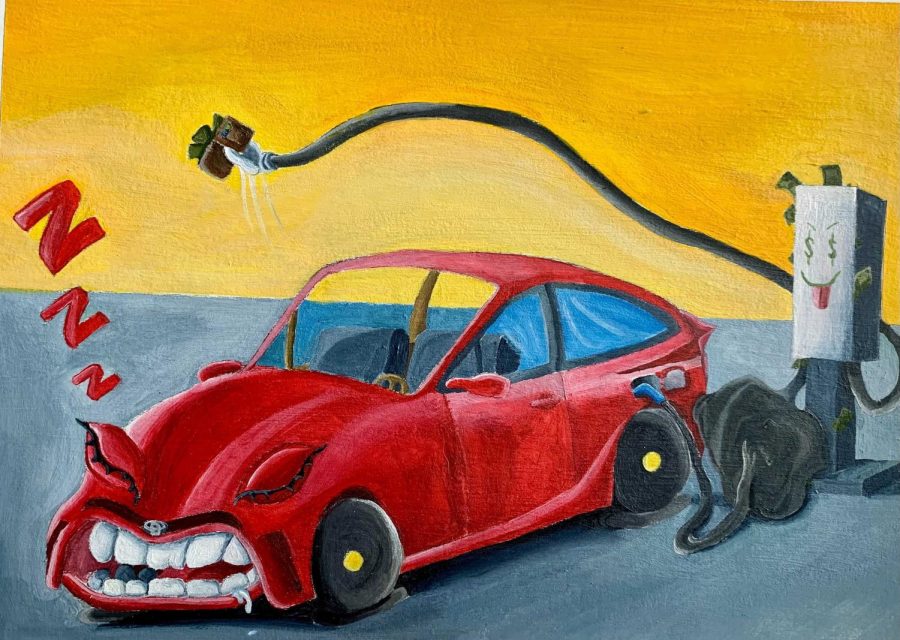 CSUN has begun the process of installing 88 new electric vehicle charging stations on campus. Once the change is complete, charging will no longer be free to students and employees.

Austin Eriksson, CSUN’s director of energy and sustainability, said that because previous chargers were free, raising funds for new chargers presented a challenge.

This change brings modernization and better technology chargers, but the charging capabilities are still the same. The new payment system will also help pay the electricity bill, specifically for the chargers’ electric use.

Although the new chargers now cost 18 cents per kilowatt-hour, the money gathered from this new payment policy is not going to pay for maintenance of the chargers if they break. That is paid for by the California Air Resources Board’s Low Carbon Fuel Standard program.

Eriksson said that 18 cents per kilowatt-hour is the lowest price students will find around Northridge to charge their vehicles. However, 18 cents is the average price in California for public EV chargers, according to Drive Clean.

The smart chargers can gather data about how many people used a certain spot, helping the university decide which charger parking stations are most popular for future charger additions. They can also show if there are any technical problems with the machine.

The new stations will be controlled by the app “Chargie.”

After downloading the mobile app, the user loads funds, then scans the QR code on the charger and the car will begin charging. According to Eriksson, the minimum amount of funds to start charging is $20, then the remaining money not used for a charging session will stay in the app for the next session.

“[What] EV drivers will pay is the equivalent of what the university has been paying for the electricity,” Eriksson said.

The university currently has 29 EV charging stations around the whole campus, including in the student housing. The university’s plan is to triple the number of stations to 88 by the end of March, according to him.

Eriksson said that during a research project in 2019, 60% of students and faculty could not find a parking spot for their electric cars. And that, according to him, is too large a percentage to ignore. He said that the demand for EV charging stations far exceeded the university’s supply.

The settled locations for chargers are on campus lots G3, G6 and G9.
G3 will have four chargers and G6 will have 40, but at the moment it only has 36.

The parking lot G9, located by the student housing, previously had two spots but will now have four.

“So now one parking structure [G6] has exceeded the total amount of chargers we’ve ever had on campus,” Eriksson said.

Any changes in the schedule to finish the charger replacement will be updated on the CSUN sustainability website.

Since the changes are not completed yet, there are still a few old and free chargers around campus.