Louisiana-based Thomas Neyhart on the Benefits, Challenges, and Future of Solar Power 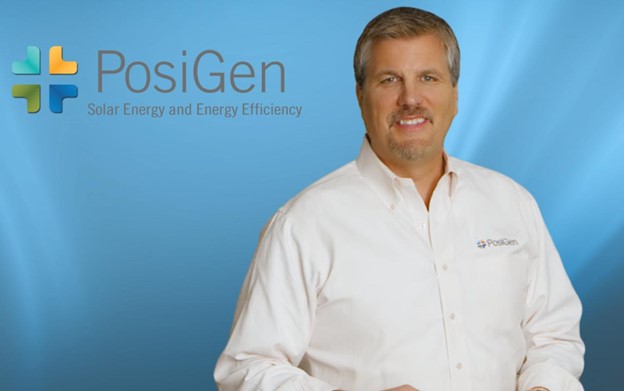 The Biden administration has set aside billions of dollars for renewable energy programs and incentives to wean the U.S. economy off its dependence on unclean and costly fossil fuels. These funds come at a time when the solar energy industry is enjoying unprecedented growth and consumers are becoming more aware of the benefits of solar power. Thomas Neyhart says he’s doing his part to build greater solar power awareness, especially in communities in need.

“After Hurricane Katrina, those who were rebuilding, rehabilitating, and improving their homes were well-off families —– families that had access to funding,” Mr. Neyhart says. “Lower-income homes and marginalized communities did not have access to such funding, nor did most of them meet the credit requirements needed to install a solar energy system. We saw that as unfair and unsustainable and PosiGen was founded to provide clean and cost-efficient solar energy solutions for everyone.”

PosiGen was founded in 2011 with a focus on providing low- to middle-income families with access to solar power and energy efficiency solutions. While the rest of the industry follows strict income and FICO score requirements for installations, PosiGen only assesses a home’s potential for cost savings. If a household can save money by installing a solar power system, PosiGen will move forward with the installation.

Neyhart says his business model centers around a customer-first approach. PosiGen offers a fixed-rate lease to every customer allowing them greater price predictability. Also, with dual metering, homes can sell excess power back to the grid, and smart storage solutions help users avoid using costly grid energy when prices are high or power is not available at all — a real life-or-death benefit for communities such as those in New Orleans, where many have died due to a lack of power in the aftermath of deadly hurricanes.

In addition to the above, CEO Thomas Neyhart says PosiGen follows a fixed installation and assessment process in each home. “By using a blower door test to see where there are gaps and identifying places where heating and cooling can be lost, we can improve insulation, ventilation, and air quality while reducing moisture, mildew, and other illness-causing contaminants — all while saving energy,” he says. “It’s a win-win for everyone.”

When asked how viable the PosiGen model is for promoting solar energy, Neyhart says to just look at the numbers. “If the numbers are anything to go by, PosiGen is on track for a record year,” he says. “We’re close to 20,000 installs across the country and we saved our users over $8 million last year. Furthermore, according to some estimates, every dollar saved in a low-income community is spent 3.9 times again at local grocery stores, pharmacies, and businesses.” In one low-income census tract in southeast Louisiana, Thomas Neyhart estimated PosiGen saved its users approximately $1.7 million last year, generating a net economic impact of over $6 million from those savings.

In addition to cost savings, solar energy can help reduce carbon and methane emissions, ground pollution, air pollution, and transmission loss since most systems are installed on-site on the roof of the customer’s home or business. Users can lower their power usage from the grid and sell excess power generated back to the grid using two-way metering as well.

These benefits may explain the explosive growth enjoyed by solar power companies over the past year and the projected growth of the solar industry over the next decade, especially given the Biden administration’s emphasis on — and funding for — clean renewables such as solar and wind power.

Still, there are challenges. Thomas Neyhart says the first is convincing people of the benefits and viability of solar over fossil fuel energy from the grid. The other is supporting the wider networks and stakeholders needed to get on-the-ground installations moving, such as local, state, and federal funding and community-level approvals, as well as working with politicians and decision-makers toward facilitating solar projects.

Referencing this point, Neyhart says the following about some of the challenges hindering PosiGen’s efforts at installing solar solutions in Louisiana: “I think the challenge is with the Louisiana Public Service Commission and their anti-renewable stance. It is very frustrating — nowhere else in the country do you see this much of an attack against solar. It is very discouraging to see this happening.”

A case in point, Thomas Neyhart highlighted that in 2019, the Louisiana Public Service Commission eliminated retail net metering, a program that was encouraging people to go solar by allowing them to sell their power during the day for the same price they bought it for at night. This type of blowback isn’t uncommon in the solar industry, but PosiGen has been able to offset slower growth in Louisiana with progress in other communities, particularly in Mississippi, where the state is more pro-solar.

To get the job done, Neyhart says PosiGen relentlessly focuses on its users, the communities it serves, its in-house teams, and the PosiGen network of vendors. “We’ve built a world-class team that thrives on the PosiGen ideals of sustainability, job creation, savings, and positive impacts at the community level. Our people make what we do possible, and they are at the core of everything we do,” Thomas Neyhart points out.

To that end, Neyhart says he’s built a high-performance team of passionate and motivated workers and references a recently published survey from Comparably, a workplace culture and brand research institution. He says, “Comparably gave our executive management team, our diversity, employee retention, office culture, benefits, future outlook, professional development, and overall environment A+ grades in their latest survey. We are confident about the work we are doing and the benefits that we are delivering to our users, our teams, and our user communities.”

Backed by federal funding, increasing awareness, and real savings, expect to see more and more homes, businesses, and communities move to green, sustainable energy. How individual businesses fare in specific markets is anyone’s guess, but Thomas Neyhart’s says he believes PosiGen’s emphasis on low-income families and the importance of building committed teams should resonate with anyone wishing to make a difference in their industry.