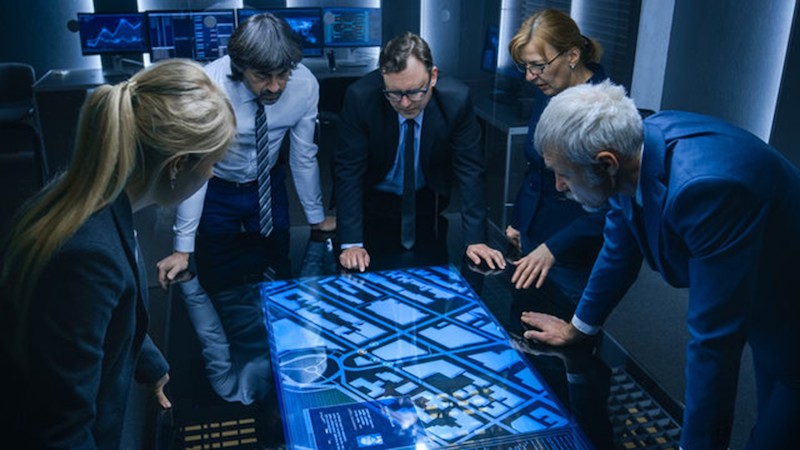 During an October 2018 interview with CBS This Morning, counterterrorisim expert Fran Townsend discussed what the government could do to help curb the continuing technological trends that contribute to the rise in homegrown extremists here in the United States.

She also reported to President George W. Bush as the assistant for homeland security and counterterrorism from 2003 to 2008, though she admits she’s content to no longer be “right in the middle of every crisis.” However, she does have concerns about technological advances and the ever-increasing engagement across social media platforms, making it progressively easier for people to become radicalized.

“We have struggled with this because we cherish our right to free speech,”  says Fran Townsend. “But we have addressed this [in the past] online with the social media sites in the context of Islamic terrorism. They have tackled this, so it is possible. The social media sites get taken down.”
The Dark Side of Social Media Platforms
As an example, she cites Gab, the alternative social media site popular with the “alt-right” (a white nationalist movement), conservatives, and extremists that was established in 2017. It was briefly shut down in 2018 after being implicated because of the disturbing posts made by Pittsburgh resident Robert Bowers on the social media platform shortly before he went on a shooting rampage, killing 11 worshippers inside the Tree of Life synagogue. As a result, the platform was dropped from the App Store, numerous hosting providers, and multiple payment processors. “Why didn’t they take it down earlier? This is a cesspool of sort of right-wing, sort of alt-right nationalists,” states Fran Townsend.

“So one of the things that people don’t appreciate is that the FBI doesn’t monitor social media sites,” explains Townsend. “The FBI is restricted from doing that, under what is called the Attorney General Guidelines. And so I think it is time that we have got to look at that.”
Fran Townsend on Lessons Learned From the Pittsburgh Synagogue Tragedy
“If people are making these statements in public — it is sort of like the town crier in the local square, why can’t the FBI look at it? I understand the civil rights and free speech concerns, but I think it is time we have to deal with the problem that is right in front of us,” says Fran Townsend.

Actions speak louder than words, which is why she encourages politicians to be more proactive with their powers. “Politicians are giving statements of condolence, but what have they done to look at what is causing the problem, right? Why aren’t we looking at the assault weapons ban? Why aren’t we looking at who gets access to the weapons? [Robert Bowers] had 21 guns, and he was posting this sort of thing online,” says Frances Townsend. “So why isn’t it part of their screening process [for purchasing a firearm] to look at social media sites? So I am a little tired of the politicians’ messages of condolences when they don’t do anything.”
Fran Townsend Talks Domestic Terrorism
Concerning the recent rise in anti-Semitic attacks in the United States, Townsend says, “One in five is based on a religious bias. This is the largest increase since they have been recording these statistics. So I do think the FBI needs to look at how they array their resources — and not just them, but state and locals — and look at the domestic terrorism threat.”
The Evolution of Women Working In National Security
“The fact that women are in the mix says a lot about how far we have come,” notes Fran Townsend. “That hasn’t been true before. We have begun to shatter a glass ceiling about what is the population of people who are qualified and competitive to hold such a position.” She says that President Bush “understood quite well how to use the fact, in foreign policy, that I was a woman to his advantage.”

Of course, there are still places where we haven’t seen women leaders. “I think we will, and … I’m optimistic we’ll see it in my lifetime,” says Townsend. “The secretary of defense has never been a woman, nor has the director of the CIA or the director of the FBI. There are places yet to go. While they’re very senior positions, they’re much more operational. And I think that’s a road yet to be traveled for women. I think they will. I think you’ve now got competent, qualified women who’ve got the kind of experience.”

Townsend says, “I think we’ve just assumed it’s a natural bias toward men. In the national security trade, some of that is you need women to have the right kind of experience to be truly competitive for those positions. More and more now, you see women in senior roles, including the career ranks, which you didn’t before, whether that’s at the CIA or the FBI, with the kinds of experience that will position them to be competitive, and I think that’s great.”

Townsend notes, “Women’s willingness to collaborate — to share authority, to share ideas, and then to share credit for the outcome — it is not the same sort of competitiveness that often I’ve seen among male colleagues.”

Her advice to women interested in a career in security? “You need to learn to delegate and share responsibilities the whole way,” she explains. “And it gets easier the more senior you get.”