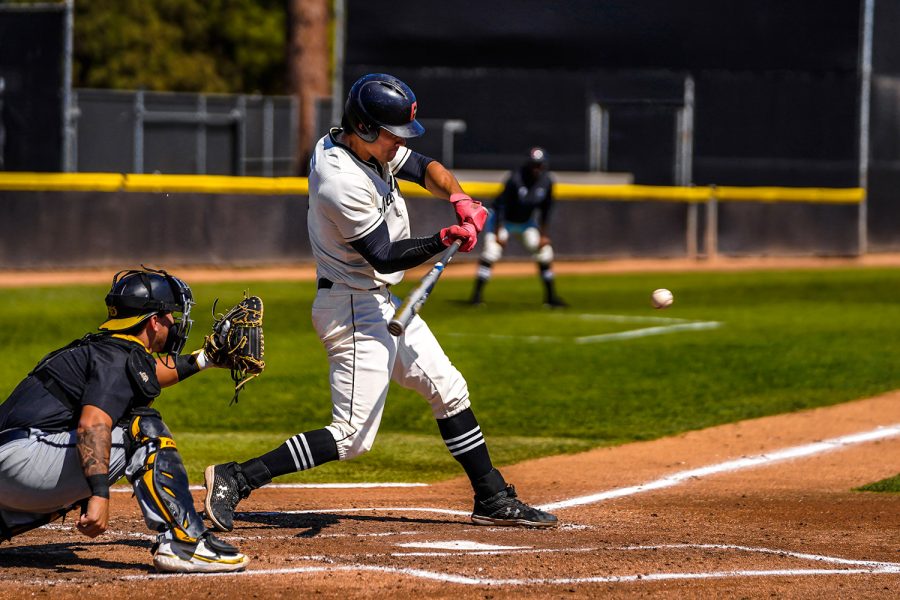 The challenging series saw the Matadors and Dirtbags trade blows, with the first game ending 11-8 in a slugfest where Long Beach State posted 16 hits compared to CSUN’s eight in the loss.

Game two came down to the wire with a 4-3 win, and a convincing game three 7-3 win helped clinch the series for the Matadors.

“I just think about it like we’re just doing our jobs. We’re just doing what we’re supposed to be doing,” CSUN second baseman Kai Moody said. “Ever since coach [Dave] Serrano came in to take over the Matadors, we have been on a different track than the past.”

Coming off a disappointing three-game series sweep against Cal Poly the previous weekend, the Matadors went back to the drawing board to get back on track to their winning ways to start the season.

Serrano admits that while Cal Poly and Long Beach State should not be discredited for the Matadors losses, he acknowledges the team could do better by going back to the basics.

The Matadors bounced back with an impressive series win against Long Beach State, who had been predicted to win the Big West Conference.

“The game plan was to go back to what we do good, [and] that’s throw strikes, play catch, and execute offensively. We didn’t do that at all against Cal Poly,” Serrano said. “Our backs were against the wall … We had a talk Saturday before the [Long Beach State] game about committing to one common goal. No matter how you personally did that day. The end result was how did the team do, about how much losing should hurt, and our guys responded well.”

Morale was low heading into the series against the Dirtbags, but Serrano lifted their spirits to get the Matadors back on track by keeping their heads in the game. He let them know that you can’t change the past and look backwards, but to focus on the present and play good baseball.

“As ridiculous as it may sound, for me it’s not about winning, it’s about playing good baseball. Playing good baseball usually translates to winning,” Serrano said. “I think sometimes players and teams get caught up in winning and the results in winning and it’s a trap. I think we fall into that trap instead of sticking to the process of doing what we can do in executing.”

The Matadors hope to keep the momentum going when they face off against another Big West juggernaut, UC Irvine, in a three-game series at Cicerone Field at Anteater Ballpark April 1.