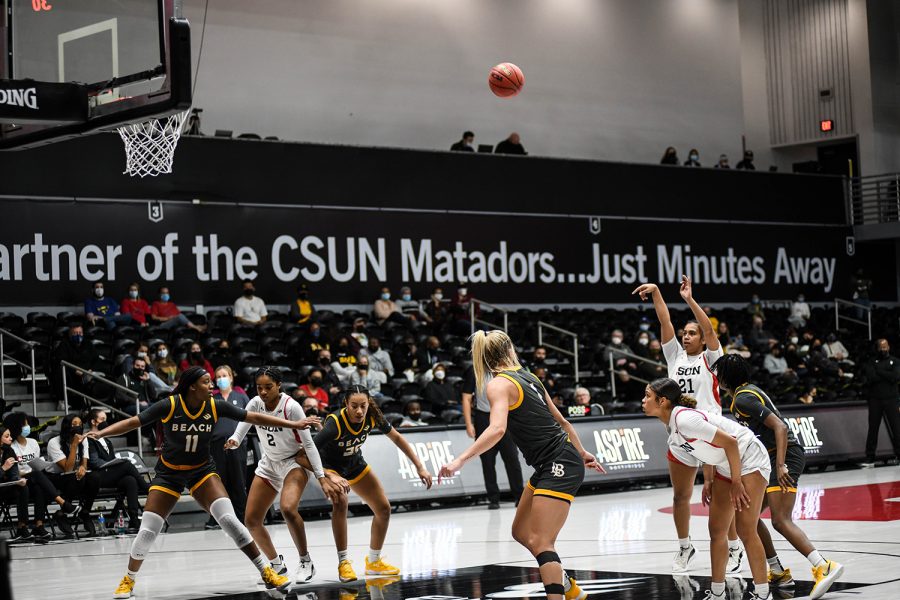 CSUN women’s basketball season ended after losing to CSU Bakersfield in the first round of the 2022 Hercules Tires Big West Women’s Basketball Championships at The Dollar Loan Center on March 8. They ended the season going 9-19 overall and 5-12 in the Big West Conference.

CSUN looks to move forward next season with the addition of Carlene Mitchell as the Matadors’ head coach. She was named the interim head coach in July 2021.

“With her vision for our program, strong knowledge of the game, coaching skills, and philosophies, we feel that Coach Mitchell is the perfect fit to lead the Matador women’s basketball program,” CSUN Director of Athletics Mike Izzi said in a press release.

Mitchell said that the administration was watching the leadership qualities and how she would lead a program as a head coach at CSUN.

“Now we can move forward and put all the questions behind us and get to work,” Mitchell said. “I’m excited to work with Mike, our athletic director and Julius [Hicks] who is my sports administrator.”

Mitchell has previous coaching experience as the UCSB head coach from 2011-2015 and as the assistant coach for the WNBA’s Chicago Sky from 2017-2018.

Although the season did not go the way the Matadors had hoped, there were still some lessons that were taught.

CSUN forward Tess Amundsen called the season a learning experience. She mentioned that the team went through adversity with staff and roster changes and that leading a young team was difficult, but still very fun.

“As frustrating as it was, I know in the long run after going through what we’ve gone through it can only get better,” Amundsen said. “I think I grew as a person as well as an athlete.”

CSUN guard Jordyn Jackson said that changes happened throughout the season, but it was how they responded that defined their season.

“I tend to get frustrated with things but I was definitely patient,” Jackson said. “When a year is taken away from you, you play as if every game is your last.”

Mitchell wants her players to remember what they went through this season, despite the negative outcome of being eliminated early in the tournament.

“We ended with a really great group of young women and I want them to remember that experience,” Mitchell said. “Staying together. We’re only as good and we’re only as strong as they are as a unit in the locker room and on the court.”

When asked about their plans for the next season, Amundsen responded with, “CSUN! What do you mean?” Jackson responded with, “We wanted to win this year, but we’ve seen how our season ended so next year is just going to be crazy.”

Mitchell said that she looks forward to hopefully moving this program in a direction that everyone can be proud of.