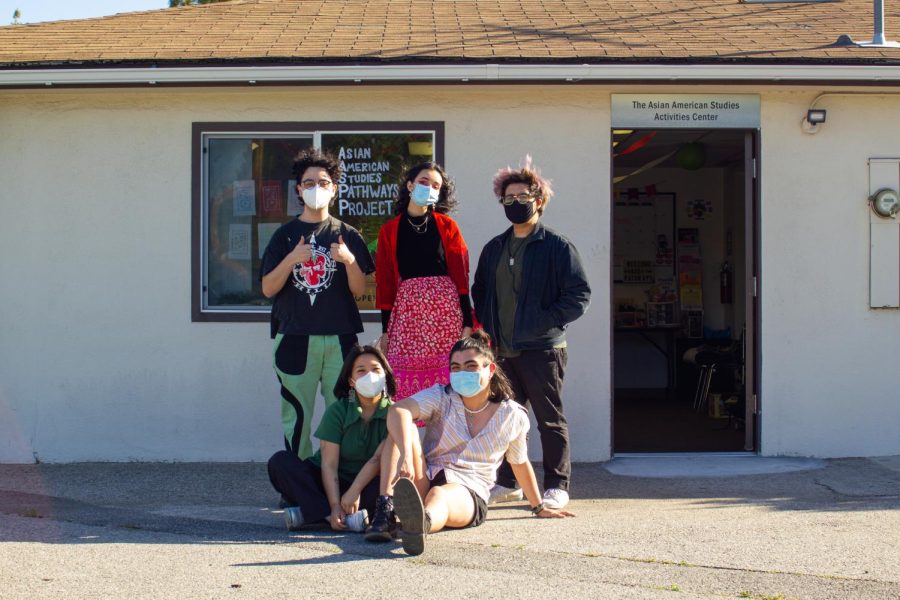 CSUN’s Glenn Omatsu House reopened on March 7 after two years of closure due to the COVID-19 pandemic. The Asian American Studies Pathways Project is continuing its efforts of creating a communal space where Asian, Pacific Islander and Desi American students can feel at home and seek support that nurtures academic success.

Originally founded as the Asian House in 1992, the building was renamed in 2014 to honor CSUN Department of Asian American Studies professor and faculty mentor program coordinator Glenn Omatsu.

Run by AASPP, the Omatsu House serves as an academic resource center and community space for APIDA students.

“There’s so many students [at CSUN]. It’s hard to find a space where you feel comfortable and where you feel homely,” said Holly Lin, AASPP’s community consultant and a CSUN alumna. “So I think for us it’s like, how do we create the Omatsu House into a homely feeling? Where you won’t think that you’re at an institution like CSUN, but a student in a supportive community.”

The organization offers resources such as a computer lab, free printing, as well as a lending library of Asian American studies literature, which features books written by APIDA authors.

AASPP is also planning to implement a peer-to-peer mentoring program through the Omatsu House. This would give APIDA students the opportunity to share with and learn from the organization’s student interns, whether from an academic or personal level.

The organization frequently hosts events that promote a feeling of community and belonging among APIDA students, as well as anyone interested in finding a space to meet new faces.

On the reopening day of the Omatsu House, AASPP members and CSUN students got together to express their creativity through a stamp art-making activity, inspired by the traditional Chinese art of seal carving. The ability to be physically present and hands-on for such bonding events was something that Lin was looking forward to with the house’s reopening.

“Being in person is totally different from being online, right? So I think being in person has really allowed for us to build genuine relationships with people,” Lin said.

Through their community organizing and academic services, AASPP is aiming to create a pathway that bridges the gap between students and the communities they are a part of. By doing so, the Omatsu House has become a venue that empowers students to understand the importance of being vocal about the issues that affect them and their communities.

Most recently, AASPP and Anakbayan Los Angeles hosted a virtual town hall meeting for CSUN students to voice their concerns about returning to school in person during the COVID-19 pandemic. AASPP also runs their annual Querencia Effect — an open mic for students to freely express themselves through performative and visual art. These collaborative events give a glimpse into how AASPP is encouraging students to be outspoken and involved in enacting change within their communities.

AASPP also emphasizes the importance of putting the curricular theory of Asian American studies into practice. They want to help students utilize their knowledge to help others, such as through holding workshops on community organizing.

“We know the issues our communities are facing, but then that’s it. You close your book, and then you go on about your day and you live your life,” Lin said. “But what we’re trying to do is to really help people understand and internalize that they have a role in creating change in this world.”