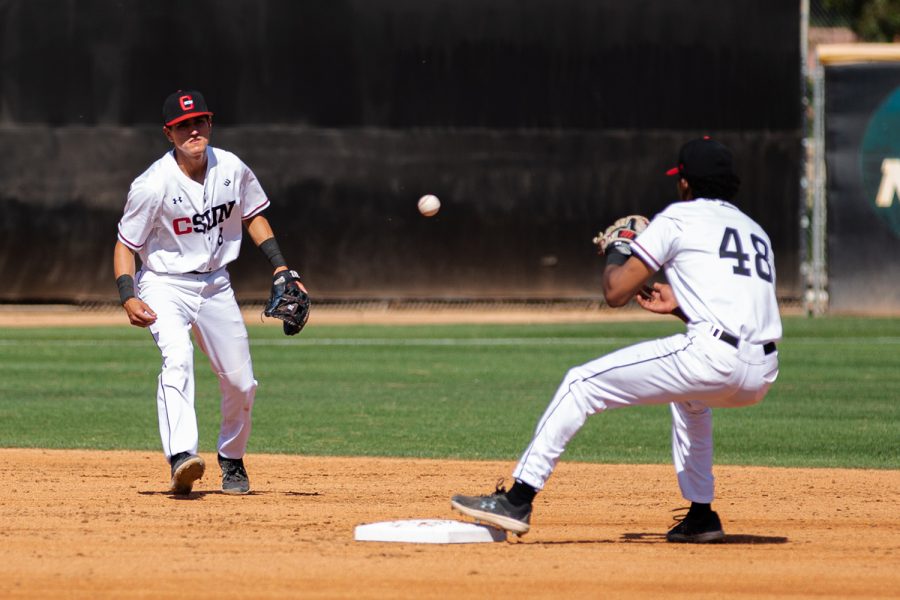 In consecutive weekends, the Matadors won both series, one against Long Beach State and most recently the reigning Big West champions UC Irvine.

The Matadors came out on top of the three-game series against the Anteaters in dramatic fashion, with games one and two going into extra innings, ending in victories. Game three came down to the wire with the Anteaters getting a ninth inning walk-off to win 5-6.

“They were three great college baseball games, a lot of back-and-forth, a lot of lead changes, and I was very proud with the way we played,” CSUN coach Dave Serrano said. “Even though Sunday’s game stung a lot because a sweep was taken from us, I reminded the guys after the game that they still did something special.”

Game one came down to a blistering 14 innings that saw both teams trading blows against each other. The Matadors posted 15 hits compared to the Anteaters’ 13 hits, with the game ending 7-5.

Carrying the defensive load was starting pitcher Blaine Traxel who pitched seven innings, allowing eight hits and four runs. He also threw a whopping nine strikeouts to keep the Matadors in the game.

“In the first two innings I was beating myself, kind of in my head,” Traxel said. “I came to the dugout and coach and my teammates calmed me down, got me back to where I usually am when I’m pitching in the right mindset, and I was able to focus on myself and get after it.”

The story of the series was how offensively and defensively sound the Matadors played in order to beat the Anteaters on the road.

Throughout all three games, both the Matadors and Anteaters hit double digits in hits, with a cumulative 43 hits for CSUN and 33 hits for UCI.

What separated these two teams defensively was the Anteaters committing five errors throughout the series, compared to none for the Matadors, as it became the difference-maker of who came out victorious.

“When you don’t make many errors that’s going to give you a chance to be in every game,” Serrano said. “I thought we did have some clutch hitting, I think that’s what came back and probably some decision making at the end of the game of how we finished the game.”

The Matadors hope to keep the momentum going with their run of solid offensive and defensive performances over the next few weeks.