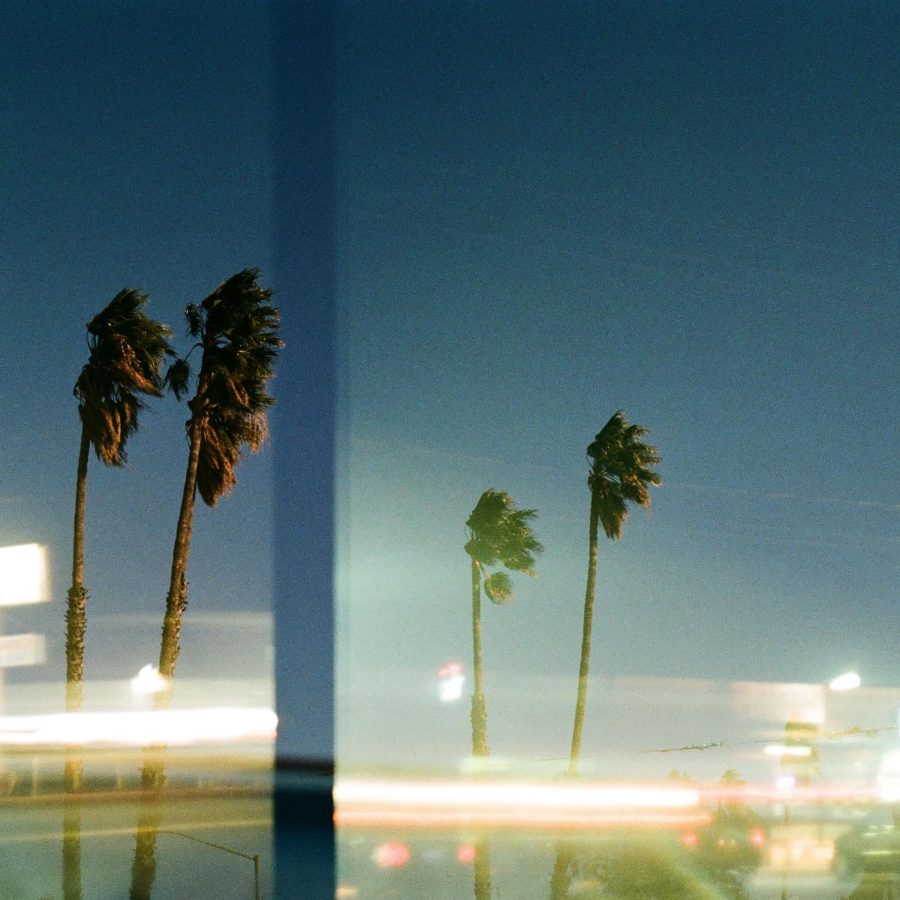 With their costumes and makeup on, waiting for the curtains to draw, Amy Zapata and her four siblings were raring to perform for the sold-out crowd. A hat passed around the audience collecting tips from generous patrons. The show was a homemade production of lip-synced “Aladdin” songs, and Zapata’s parents and grandparents were the viewers.

This is one of Zapata’s fondest memories of growing up in San Bernardino, California. As the middle child between two older sisters and two younger brothers, Zapata continued to build on the artistic foundation that her and her siblings established in their childhood.

Zapata, 38, graduated from CSUN in 2017 with a bachelor’s degree in cinema and television arts. Two years later, she added to her education by earning a master’s degree in visual arts with an emphasis in photo and video.

Today, Zapata’s photography exhibit, “‘Round the city ‘Round the clock,” is displayed in CSUN’s Manzanita Gallery. Her photos document the urban scenery of her hometown through double exposures. Close-ups of plants, neon signs at liquor stores, and check cashing buildings are among the multiple images that blend together to represent Zapata’s neighborhood.

“I started thinking about how, during [the pandemic], everything started to blur together,” said the third-generation Chicana. “I used those double exposed images to create this abstract dealing of time, of isolation, of loneliness, of what happens when you don’t really have a direction.”

Not knowing when, where, or what time of day the photos were taken was something Zapata wanted to convey with her images, Zapata explained. While her passion is rooted in visual arts, she’s often inspired by other avenues of expression, such as music.

Listening to Frank Ocean on a drive with her sister to a Rialto coffee shop triggered something in her, Zapata said. Ocean’s song “Nights” was the primary catalyst for the exhibition, lending inspiration for the title from the opening lyric, “‘Round your city, ‘round the clock.”

Ocean isn’t the only artist to draw out creativity from Zapata. Kanye West’s 2013 album, “Yeezus,” impacted Zapata with some of the track’s vocalization on racial inequality. Lady Gaga’s 2016 album, “Joanne,” also left its mark on Zapata for its thought-provoking songs about family.

“What does it mean to be an artist and be a part of a family when you kind of feel like you’re combusting,” Zapata asked. “When I listen to music I get this visceral feeling. I just have a natural kind of reaction to the songs or performances. I feel something.”

Zapata was new to working with double exposure photos leading up to the project. What started as an experiment became an homage to the neighborhoods she grew up in.

Zapata felt like many other creatives during the pandemic, stifled and uninspired, but the idea for the exhibit reinvigorated her as an artist.

Perhaps the most rewarding part of creating art for Zapata is working with other artists. Spotlighting her hometown, the community, and queer and Latino folks are the focus for her collaborations.

Zapata and her siblings created Pocha, what she describes as a collaborative Latinx art event about “existing in the crossroads,” in 2018. The event tries to bring together their passions — theater, performance art, visual art and drag shows — which makes working with people so rewarding to Zapata.

“I like to talk with other people because I think their stories are always really interesting,” said Zapata. “That’s my favorite thing. That’s what I miss doing.”

Representation and honesty is a major part of what Zapata showcases through her art. Although Selena Quintanilla, known by her stage name as Selena, was an early obsession for Zapata, she felt as though she never really had someone that tried to represent who she is or where she’s from. It wasn’t until a friend introduced her to Chicana photographer Laura Aguilar that Zapata found an artist and person to really look up to.

Aguilar’s work often played on the theme of vulnerability, with photos often challenging the idea of female nudity as an object of the male gaze. Speaking on the intricacies of the Chicano community, Aguilar’s images also tackled body image issues, representation of marginalized groups, as well as social and political matters.

Aguilar’s artistry is mirrored through Zapata’s connection between her art and personal experiences.

Zapata shared her own observations of what honesty in art and being part of an underrepresented community means. She believes that honesty can be ugly, but that it’s important to ask questions, even if the answers aren’t pretty.

“We’re kind of afraid to really have discussions about stuff, even people within my own community don’t want to have these conversations,” said Zapata. “I’m aware and conscious of what I’m trying to put out there.

“And hopefully someone that grew up in the way that I did, that felt isolated, that felt ostracized and different, can say something like, ‘Hey, look here’s somebody that’s trying to represent where I’m coming from or what I am.’”

For a long time, Zapata felt alone in her struggles as a Chicana artist. Hearing words like diversity and inclusion meant nothing without action, she said while discussing “white-centered” spaces in the art community.

Being a person of color was commonly synonymous with a lack of opportunity, according to Zapata. After having the chance to showcase her work in Manzanita Hall, Zapata understood the responsibility she had towards her community.