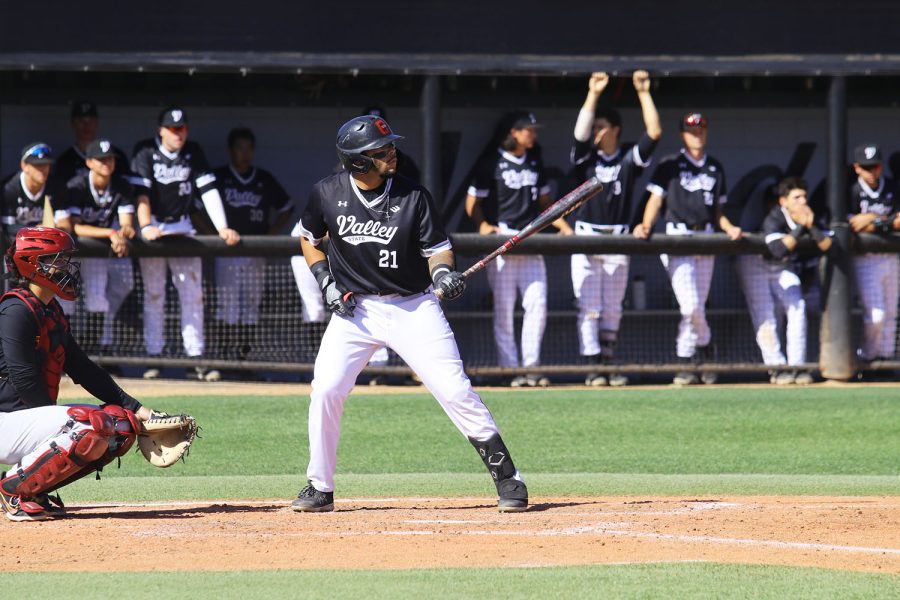 The Matadors were coming off two impressive back-to-back series wins against Long Beach State and UC Irvine, but now fear their chances of taking the Big West are in jeopardy after losing to Cal Poly early this season and now the Gauchos.

“You just gotta keep working and you gotta dig deep. Obviously we’ve hit adversity, adversity can make you stronger but also make people cave in when things get hard,” CSUN coach Dave Serrano said. “We gotta fight and stick together and not point fingers and make excuses. We just need to realize we’re all in this together and we’ve all got to get out of this together.”

The Matadors jumped to an early lead in the first game. Through four innings, the Matadors led 7-3. It was a slugfest for the Matadors, who posted 14 cumulative hits.

CSUN could not hold on after a late-game surge by UC Santa Barbara, who stormed back with 15 hits of their own that ended in a 13-10 win at Matador Field.

The Gauchos posted five runs in the final two innings with four of those runs coming in the eighth inning, coupled with the Matadors committing two errors throughout the game.

“We just didn’t finish the game off. Santa Barbara is a good team, we knew that coming in and we just didn’t have the firepower at the end of the game to hold onto that and gave up the lead,” Serrano said. “It was a disappointing weekend in many regards and we gotta find a way to rebound.”

Game two was a different story, but the same result. The Gauchos jumped to an early 7-1 lead through three innings after posting 10 hits throughout the game.

The Matadors were knocking on the door of a comeback after scoring five runs between the sixth and eighth innings but fell short, losing game two 9-7.

CSUN committed three errors in game two which would come back to haunt them during their late-game surge.

“I think anytime you give another team free bases it’s always going to haunt you. I don’t think it was just the errors that contributed to that, there was a lot of factors that contributed to the loss,” Serrano said. “I was proud of the team. The way we fought back to get the tying run on the plate in the last couple of innings, but it’s what we did early on.”

The Gauchos closed out the series sweep with a convincing game three 7-1 win.

The Matadors were only able to post four hits compared to the Gauchos 11 to finish the game, in what was a disappointing weekend for the Matadors.

CSUN will hope to bounce back to their winning ways this weekend when they face off against UC Riverside at the Riverside Sports Complex in a three-game series that starts on April 14.