One Day at a Time

My Road to Recovery 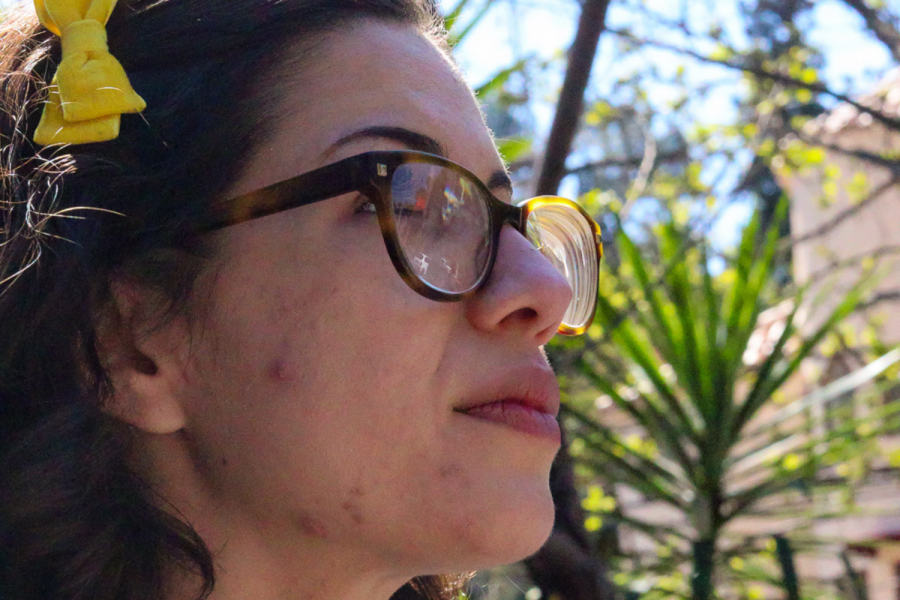 Would it ever be enough? I thought as I stepped off the scale. I had reached my “goal” weight, yet I knew it was not enough, it would never be enough. I was slowly killing myself. How did I get here?
Anorexia consumed my entire being from the time I was 16 years old. From what I wore, what I ate, who I spent time with, anorexia was the captain of my ship.
Three weeks before my high school senior prom I stepped onto the scale and was horrified by the number; a number that held so much power in dictating my self-worth. For the next three weeks, I only consumed iced coffee with half-and-half. With each morning that followed, getting out of bed became more and more difficult, as my increasingly weakened body struggled to not collapse to the floor. But I needed to reach my goal weight. Seeing a lower number each time I stepped onto the scale gave me a sick and twisted sense of gratification.
The day of prom arrived. I stepped on the scale and saw that I had reached my goal weight. But would there be any number that would suffice my eating disorder? Would any number be enough, or low enough, for me to love myself?
Before stepping off the scale, I thought about how many more “goal weights” I could set for myself before something bad happened.
Would any weight ever be enough? “No,” my mind quickly answered.
On the surface, I seemed happy, at least that is what I would tell myself. Eating disorders are good at that; making you believe you are actually happy or, in my case, happiness could be achieved by reaching a lower number each time I stepped on the scale.
Below the surface, I was suffering, no matter how hard I tried to convince myself otherwise. At that point in my life, feeling nothing was better than feeling all the pain and trauma I had been stuffing down since I was an 11-year-old little girl. That was when my mother died. The pain seemed all too much to face, and the world was a scary place where bad things happened.
Eating disorders, at their core, are not about food. Similar to how fever can be a symptom of the flu, the real issue ran deeper than the food I restricted myself from. Numbing myself to the world was how I was able to survive my mother suddenly passing away in her sleep three days before Christmas in 2006. All of those dark and sad feelings were too much for me to bear, so I stuffed them down.
On Feb. 13, 2014, I began my first day at an outpatient eating disorder rehab. As much as I did not want to, I kept going back. It was in treatment that I learned my anorexia was developed as a coping mechanism. I took my eating disorder recovery one day at a time, as that was, and still is, all I could do.
Jan. 31, 2015, was my final day in treatment. After 11-and-a-half months, I was discharged from rehab and began my life in recovery outside of the walls I had grown so comfortable in. I believe I would not be here writing to you had I not surrendered to seeking help and treatment.
Recovery is not by any means a perfect road. There will be bumps and obstacles in the way, but I take them one day at a time. It has been eight years and counting since I last weighed myself. And I am still taking the road of recovery one day at a time.