Matador of the Week: Arianna Alexander 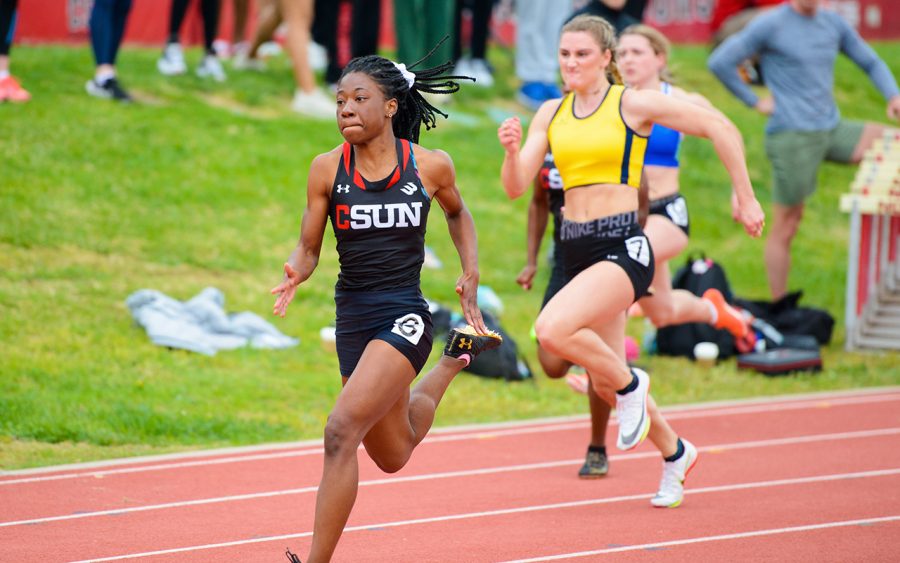 Women’s track and field athlete Arianna Alexander was chosen for Matador of the Week after winning the 100-meter race while lowering her personal best time from 11.76 seconds to 11.74 last week at the University of California, Berkeley’s Brutus Hamilton Invitational.

Alexander’s first-place finish was her second consecutive victory in the 100-meter race following her win on April 2 during the CSUN Invitational. She was also part of the 4×100-meter team that finished second place at the Brutus Hamilton Invitational.

“It’s a pretty good feeling because I’ve been doing a lot these past few weeks, so it’s good to be recognized every once in a while,” Alexander said about her Matador of the Week honors.

Since March 11, Alexander has competed in five invitationals.

From Corona, California, Alexander was a four-year letter winner for Centennial High track and field, running the 100, 200 and 4×100 races. In 2019, she qualified for the CIF State Championship in the 100.

Alexander decided to attend CSUN because of its deaf studies program. She was fascinated with American Sign Language freshman year and wanted to learn more about it. However, she switched to a marketing major a year ago.

“I realized that it was not something I wanted to do as a career,” Alexander said. “I enjoyed [ASL] more as a hobby.”

With her marketing degree, as well as attending graduate school for public relations afterwards, Alexander hopes to pursue a career working with brands, social media and celebrities.

CSUN women’s track and field is competing in multiple invitationals this month before the Big West Conference Championship on May 6 in Davis, California.