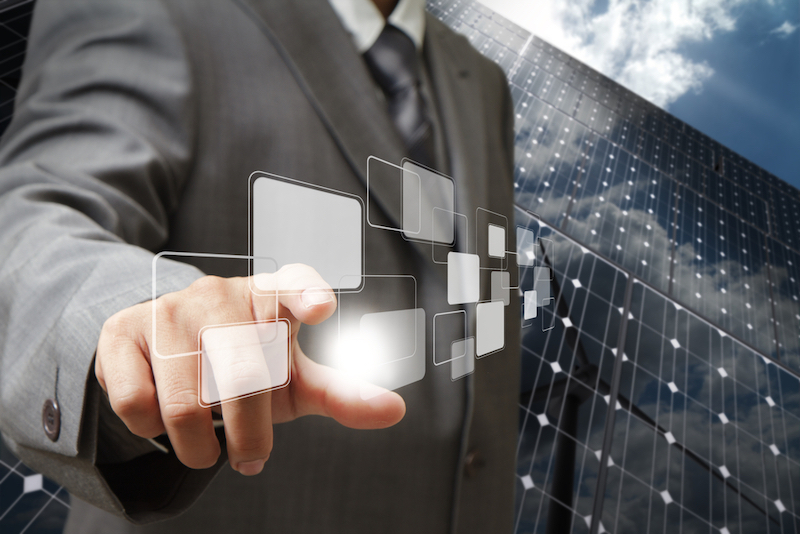 Focusing on human survival in a climate-challenged world requires an experienced and interdisciplinary team, according to 1955 Capital founder and managing partner Andrew Chung. The forward-thinking investor prioritizes diversity and inclusivity as he assembles a team to solve sustainability and health care problems through high-impact, high-return investments.

“At 1955 Capital, our mission is to invest in technologies from the developed world to solve the developing world’s greatest challenges,” Chung says. “The genesis of this mission is simple: It’s a natural extension of everything that I set out to do in venture capital over the past 15 years as an investor in energy, environment, food, agriculture, health, and education.”

These investors hail from different time zones and come from diverse disciplines. They received their education at universities as far apart as Knoxville, Tennessee (Anderson) and Shenyang, China (Liu). As a result, their sectors are as varied as surgical robotics, food technology, and alternative energy.

Chung explains: “Our team combines a more industry-agnostic, objective view on new technologies with a rigorous industry-specific perspective to decide whether to invest in a startup.”

Andrew Chung has collaborated closely with every new team member in investment and board capacities — in some cases, for 15 years. He worked with Sabnis, Thomson, and Cameron at Khosla Ventures. He was one of six general partners who managed the storied firm. He has collaborated with Liu and Zhan on cross-border financing activities and is incubating a startup with Anderson.

“The accomplishments of these scientists and operators have inspired me for years,” Chung says. “At 1955 Capital, we can effectively identify startups and support the founders that have the greatest potential to positively impact the way we live, and work on, use, and preserve the planet.”

Anderson’s 15 years of experience in surgical robotics gives her a razor’s-edge sharpness when investing in frontier health. She’s among the rare individuals who has led clinical engineering in three different robotics companies — at Intuitive, Verb Surgical, and Johnson & Johnson. As a founder of K2A2Consulting, Anderson has advised everyone from medical professionals to academia on test strategies, lab facility design, and clinical trials. She takes a global view about her role in identifying health care companies.

“The innovation happening in health care technology today has the ability to bring life-changing and lifesaving treatments to people in diverse geographies, particularly those that are difficult to reach,” Anderson says. “I am thrilled to identify such technologies and invest the capital necessary to bring them to market.”

Dr. Sabnis focuses on frontier health, renewables, and manufacturing technologies. With a Ph.D. from Stanford University, he co-founded Deep Valley Labs, which provides seed funding to entrepreneurs, and Solar Junction, which commercialized the world’s highest-efficiency solar cells. While a partner at Khosla Ventures, Sabnis invested in tech startups in biotechnology, health care, food technology, and photonics.

Liu focuses on renewables and manufacturing technologies and is the CEO of ReneSola, an international solar project developer. For more than 20 years, Liu has built and guided companies in energy management, power generation, and solar technology. He was the president of GCL Solar, the largest renewables company in China, and held senior management roles at Recurrent Energy and Canadian Solar.

Dr. Cameron focuses on food, agriculture, and applied biology. Previously, he was co-president of First Green Partners, a private equity firm that invests in industrial technologies related to energy, agriculture, and food. He is a former managing director in the clean technology and renewables investment banking group at Piper Jaffray, and previously the head of biotechnology at Cargill.

Dr. Zhan has 30 years of experience in cross-border investment banking, management, and risk control and has a post-doctorate in philosophy from Tsinghua University. She has successfully presided over and/or participated in the IPO, refinancing, merging, acquisition, and reorganization of over 150 projects for a multitude of companies in a variety of industries.

While the technology field is known for its homogenous makeup, 1955 Capital’s configuration reflects the multifaceted composition of global society today. Chung believes diversity in age, gender, birthplace, and expertise is necessary to create healthier communities and a more resilient planet while increasing the bottom line.

“We balance the impact of these investment themes and the ‘save the world’ notion of it with an ability to generate significant returns as well,” Chung says.

Chung built his life on a bicultural foundation: Born in the U.S. to Chinese immigrants who operated a restaurant where he worked, he learned to speak Mandarin and Cantonese. His bi-cultural background helps him collaborate seamlessly with global visionaries who develop early-stage sustainability technologies.

The investors at 1955 Capital have skillsets — and mindsets — that translate across national borders. As a result, these investors will fund the technologies that make the world more accessible and inclusive.

“One of the things that many American and European entrepreneurs don’t see day-to-day is the massive opportunity there is in places like China, Indonesia, sub-Saharan Africa, and the Middle East,” Andrew Chung says. “China is about to become the leader in deploying many of these technologies because close to 2 million people die each year of air pollution-related disorders. There are 300 million people who don’t have potable drinking water. It’s the fastest-growing middle class of all time, yet they question the safety of their food and whether the doctors in their country can heal them.”

As the developing world faces this onslaught of challenges, 1955 Capital will keep a foot in both worlds — the high-tech and the developing — to identify investment opportunities.

Andrew Chung named 1955 Capital in honor of a pivotal year of revolutionary transition. In 1955, some of the biggest movers in tech were born: Bill Gates, Steve Jobs, Vinod Khosla (co-founder of Sun Microsystems), and Eric Schmidt (former Google CEO). Rosa Parks launched the American civil rights movement in the same year, and McDonald’s and Disneyland opened their doors.

Addressing the challenges to sustaining life on this planet will also usher in a period of revolutionary transition because climate change will affect every human regardless of creed, country, color, or citizenry. Chung is ready.

“My team and I have trained all our lives to tackle this big mission,” he says.