AS meeting focuses on academic advisement 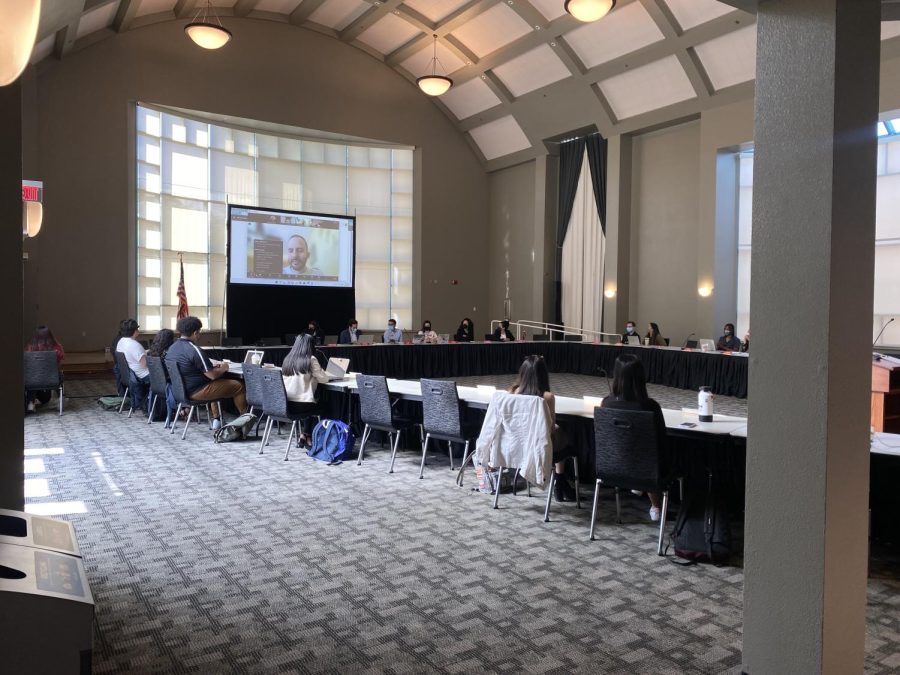 CSUN’s Associated Students held a special meeting on Monday for Inside Track to share preliminary findings on academic advisement at the school and conduct a feedback session with student leadership.

Inside Track is an organization that was hired to work with the Office of Student Success to identify ways to improve the advisement experience for students.

The organization talked to four focus groups — freshmen, sophomores, transfer students and students who switched majors — to better understand student experiences with the advisement process. They also spent time with staff at CSUN to get an administrative perspective of the process.

There is no official report on their findings at this time, but Inside Track did share some initial findings with AS.

During the special presentation, it was brought up that students had issues with their Degree Progress Reports, audits that give students an idea of where they are in obtaining their degree and what classes are needed to graduate. Some said it was difficult to find, not easy to access or even had classes listed on their DPR that have not been offered in years.

Inside Track found that difficulty scheduling advisement meetings was a problem consistently brought up across the groups they spoke to and with CSUN staff. It was also mentioned that each department handles scheduling differently, and there is currently not one centralized way to handle the scheduling process.

Inconsistency is another problem that was identified for lower division students, as one adviser will say one thing, and another will say something else, causing confusion.

During the feedback portion of the meeting, some students in AS brought up their concerns about advisement.

AS President Jonathan Hay, an accounting major, talked about his experience with advisement within the accounting department.

“Some advisers play favorites, and there is no accountability,” Hay said.

Senator Paige Hajiloo, a psychology major, claimed that students only get a maximum of five to six minutes for adviser meetings. She also claimed that advisers only glance at student DPRs, and they ignore students’ requests for alternative classes without an explanation.

“It has turned into a point where students have sought out advisement from other students who … are already finishing their degree because of the quality of advisement they’re getting,” Hajiloo said.

“I tried to make an appointment with my academic adviser as soon as possible, and the soonest date I got was a week or two after my enrollment period had already begun,” said Senator Rodriguez-Salazar.

There will be a Diversity and Inclusion Fair on April 26, with food trucks and a discussion on the future of diversity and inclusion on campus.