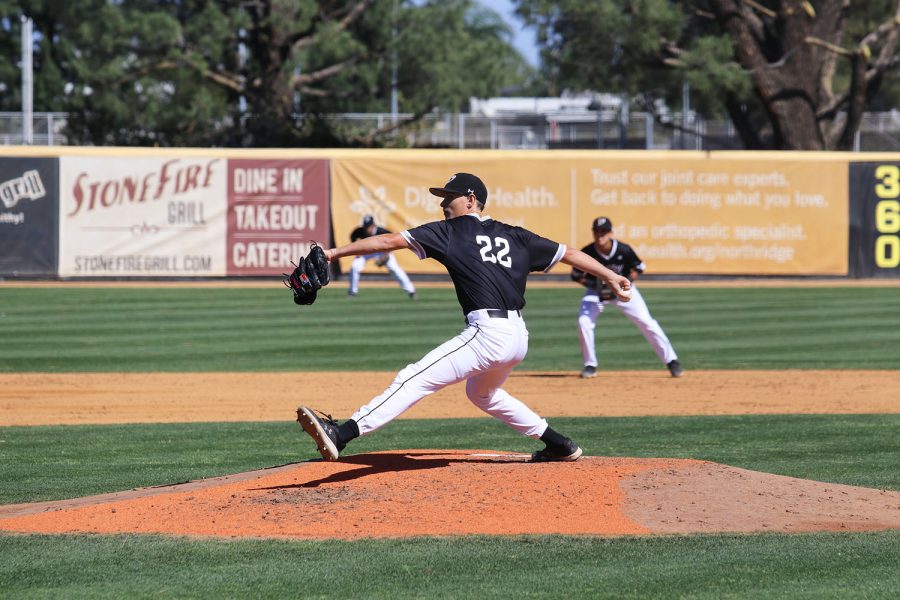 In their 64-year team history in Division I, the Matadors have never posted three straight shutout games in a three-game series.

The Highlanders could not get things going. For every effort they made, the Matadors had a swift response in smothering their opponent.

Traxel was wheeling and dealing with eight strikeouts, and the offense complimented his performance with 11 hits of their own to seal the win.

The Matadors putting the ball into play caused the Highlanders to commit four errors on defense that generated the 6-0 win.

“I wouldn’t say [Traxel’s] stuff is overpowering by any stretch of the imagination. What is overpowering is his mentality, he trusts himself, and he’s not afraid. He doesn’t back down to anybody,” Serrano said. “He competes his tail off, he doesn’t expect to fail, and he expects to win. That’s hard to coach sometimes and it’s special when someone has it.”

Game two was the same story. The Matadors posted 10 hits during the game compared to the Highlanders’ six. The Matadors’ solid offensive and defensive outing won them game two with a final score of 5-0.

Freshman pitcher Diego Gutierrez and Blake Sodersten were the pitchers for the Matadors in game two as they combined to allow just six hits while striking out nine. Gutierrez earned his first win of the season in his first start.

“Diego had earned that right,” Serrano said. “It’s a daily competition and you have to get the job done on a daily basis to hold your job. That’s not just in sports but also in life and when someone else is doing the job they should be given that opportunity. That’s what Diego earned and I think the team understands that.”

The team earned their first series sweep in Big West competition, and their second sweep of the season overall, after a close 1-0 win.

The Matadors look to continue their winning ways after getting swept by UC Santa Barbara the week prior.