Who is Cody Ko and why is he coming to CSUN? 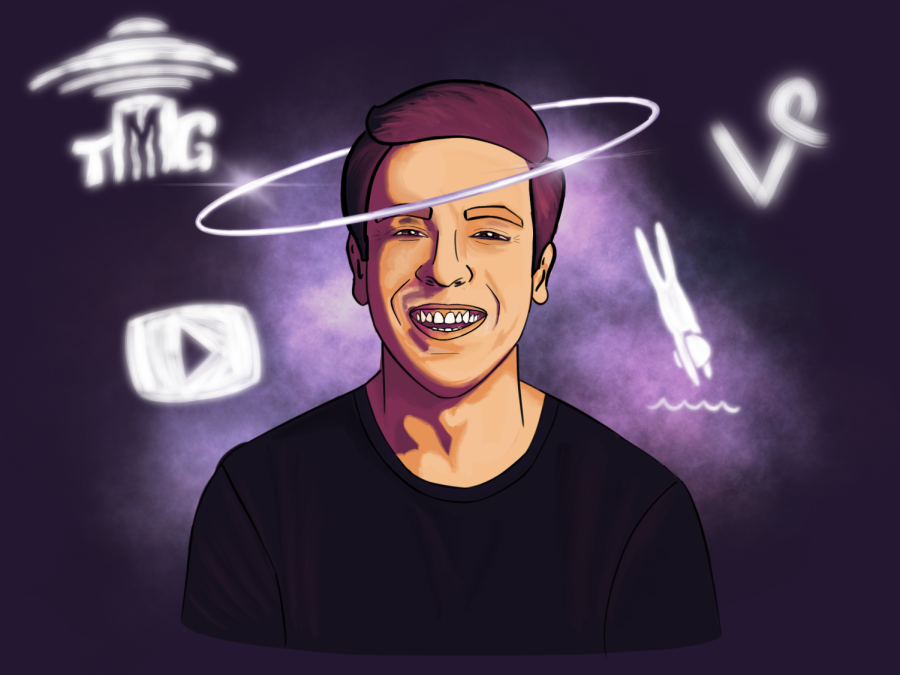 Cody Kolodziejzyk, commonly known as Cody Ko, is set to be the guest speaker at the CSUN Associated Students’ Big Lecture on May 3. Previous semesters’ speakers have included Viola Davis, Magic Johnson and Bill Nye.

Big Lecture first began in 2011 when political activist Cornel West was brought in to speak. The creation of the event was part of a shift AS Productions made to focus on programs that brought in larger crowds from smaller weekly events.

Part of the reasoning behind why a speaker is chosen for Big Lecture is the impact their story can have on students. Budget also plays a factor. In previous years, actresses Mindy Kaling and Constance Wu were in consideration, but AS ultimately went with other speakers that were within their price range.

Typically, in years when AS hosts two Big Lecture events, they opt to have someone from an educational background speak to students in the fall, and someone from the entertainment sphere come in the spring.

Who is Cody Ko?

Ko attended Duke University where he earned his Bachelor of Arts in computer science in 2012. He was also captain of the varsity swimming and diving team, which he participated in during all four years of his time at Duke University. In 2008, he came in eighth during the Olympic trials for diving.

During his final semester at Duke, Ko created the application I’d Cap That, which allowed users to upload their photos where an automated caption would be placed on top of the image. What began as a personal project ended up amassing 4 million users in just four months. A few months later, I’d Cap That was acquired by Iddiction, which brought on Ko as an iOS developer for the company.

Ko began uploading videos to the app Vine in early 2013. With the application’s structure of six-second videos, Ko took a comedic approach to his content. He amassed over 2.5 million followers before Vine abruptly shut down in 2017. One of his first viral successes came from the trend he created using the hashtag #6secondauditions. In the video, he introduces himself as someone auditioning for the role of Mary Poppins before getting into character and saying, “Yeah, what’s good huh?” The video earned over 6.7 million views.

Like many other Vine stars, Ko decided to expand his audience to YouTube. While he launched his channel on May 29, 2014, with a video titled “My #firstpost on YouTube dot com!,” Ko did not start uploading videos consistently until the spring of 2016. He reached the 1-million-subscribers milestone in 2018, and as of 2022 has gained over 5.8 million subscribers.

On June 15, 2018, Ko uploaded the video “THAT’S CRINGE: Epic Morning Routine” as part of the “That’s Cringe” series on his YouTube channel. The video features Ko and Noel Miller — who rose to fame on Vine, like Ko — reacting to a morning routine. It is Ko’s most popular video to date, gaining more than 30 million views.

In addition to his entertainment pursuits, Ko continued to work in tech. He began working at Fullscreen as a senior iOS engineer in 2016, which is where he met Miller.

The two went on to launch their podcast “Tiny Meat Gang” on Oct. 27, 2017. The podcast typically features the duo sharing stories about their lives, cracking jokes and discussing recent events in popular culture. It operates in a sketch format, where they make callbacks to previous bits throughout, often expanding upon a story to see out the punchline.

Ko and Miller also make up the comedy rap duo by the same name as their podcast, “Tiny Meat Gang.” After releasing their debut album “Bangers & Ass” in 2017, and then their follow-up EP “Locals Only” in 2018, they signed with record label Arista in 2019.

They recently launched a subscription service for TMG Studios, where users can listen to all three of the podcasts and bonus episodes produced by the company for $10 a month with no advertisements.

For students interested in attending Big Lecture, they can purchase tickets at the AS Ticket Office located in the University Student Union. The lecture and moderated Q&A with Ko on Tuesday, May 3, will begin at 7 p.m. at the Northridge Center.

AS Productions was contacted for comment but did not get back to The Sundial.