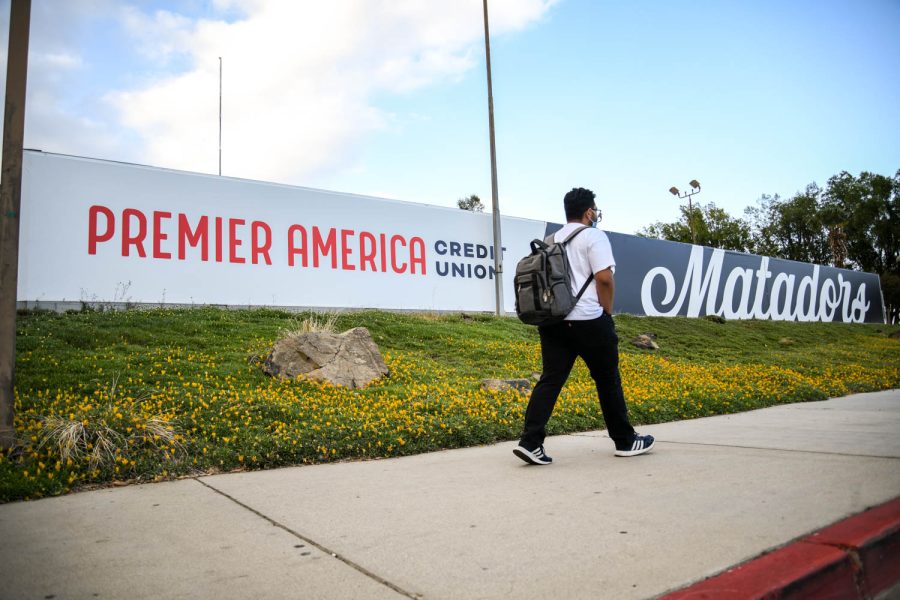 The agreement with Premier America is worth $8.3 million. CSUN will receive the full amount of funds from the contract before it gets divided up to different departments.

The partnership will benefit intercollegiate athletics, The Soraya, alumni students affairs and other campus units.

It will also bring scholarship and internship opportunities for CSUN students and college athletes, with more details to be announced in the future.

Students who are Premier America members will not pay any fees when using the ATMs.

Premier America will also be at a number of future events, such as new student orientations and alumni events.

“You’ll start to see them popping up everywhere,” Cairns said.

“Our organizations are a perfect match,” Rudy Pereira, president and CEO of Premier America, stated in a press release. “We look forward to working together as we promote financial well-being and provide opportunity and guidance to our richly diverse community.”

Pereira is a CSUN alumnus, having graduated in 1985.

The University Corporation looks for companies such as Premier America that are willing to provide direct services to CSUN students, according to their website.

Cairns says Premier America is a good partner for CSUN because of their mission to support students’ success and their inclination to serve the campus in more ways than one.

The school is also in the process of putting together financial literacy courses for students, provided by Premier America.

CSUN’s Athletics Department was reached out to for comment, but did not respond.