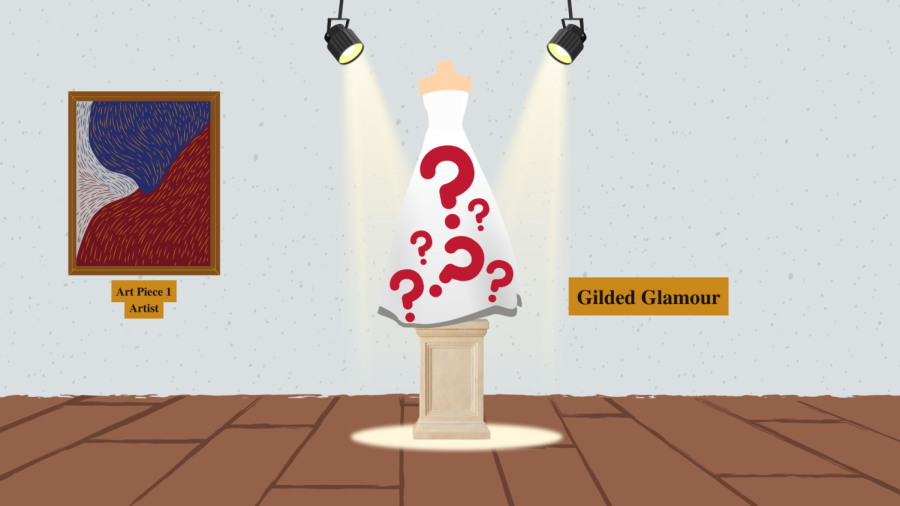 The 2022 Met Gala theme was "Gilded Glamour," inspired by the Gilded Age of New York City. There are mixed opinions on whether the fundraising event's comeback, and the outfits that debuted, kept with the theme.

Amid the draft leak of the Supreme Court’s Roe v. Wade opinion, May 2 saw the annual return of the Met Gala, but the success of this year’s event has been highly debated.

Often touted as the fashion world’s equivalent to the Oscars, the Met Gala is a fundraising event turned fashion show that takes place at the Metropolitan Museum of Art in New York City. This year’s Met Gala theme was “Gilded Glamour,” a reference to America’s “Gilded Age” that saw industrial and economic growth in the country, as well as a turn towards grandeur fashion. The theme was also inspired by the Costume Institute’s “In America: An Anthology of Fashion” museum exhibit, which explores the changes in fashion throughout U.S. history.

Despite being held annually in May, the Met Gala had to be canceled in 2020 because of the COVID-19 pandemic, while the 2021 event was moved to September and required attendees to follow COVID-19 guidelines. While people hoping to attend have to pay an estimated $35,000 for a ticket, other individuals may instead be added to a list of invitations that is approved by Anna Wintour, Vogue magazine’s editor in chief. Invited guests usually include well-known actors, musicians, athletes, politicians and social media influencers.

Serving as an honorary co-chair of the Met Gala, Wintour worked alongside this year’s other co-chairs Blake Lively, Ryan Reynolds, Regina King and Lin-Manuel Miranda to help visualize and organize this year’s event. Hosting the red carpet livestream of the Met Gala were celebrities Vanessa Hudgens, Lala Anthony and Hamish Bowles.

Several CSUN students and faculty with involvement in the fashion industry anticipated the 2022 Met Gala. Although some students enjoyed each celebrities’ interpretations of the “Gilded Glamour” theme, others were disappointed, as they felt that the theme was ignored.

“I was joyful to see the Met Gala back again considering it was canceled in 2020 and last year’s event was limited,” said Elvia Almanza, an apparel design and merchandising major, as well as the vice president and creative director of CSUN’s TRENDS. “Although the theme was ‘Gilded Glamour,’ some were a miss that did not go with the theme. I loved many designs that were showcased for the event, don’t get me wrong, but I felt that some designs would have been better for another event.”

Other Met Gala viewers took their opinions to social media and expressed mixed reactions regarding how celebrities dressed, or did not dress, in accordance with the gala’s theme.

Celebrities, such as Blake Lively and Laura Harrier, were praised for having attires that suited the “Gilded Glamour” theme. Genesis Suero, a news anchor for Telemundo, also received compliments for her gold-and-white ball gown. One Twitter user tweeted an image of Lively, Suerro and Harrier’s outfits with the caption “the holy trinity this year,” which ended up going viral on the platform.

While some received praise for their outfit choices, the Kardashian-Jenner sisters sparked a flurry of mixed reviews with their fashion statements on the red carpet. Slimming down 16 pounds to fit into Marilyn Monroe’s dress, Kim Kardashian left many disappointed and concerned about the message her behavior may have given. Kardashian received backlash from critics like Allure magazine, with the headline commenting that her rapid weight loss was neither healthy nor admirable.

Laynee Delatorre, a fashion merchandising major, talked about who she enjoyed seeing and was particularly fascinated by Kardashian’s outfit.

“I was most happy to see Blake Lively, Billie Eilish and Kim Kardashian, of course,” Delatorre said. “I think something really important and groundbreaking in fashion that night was Kim. She took the theme and literally wore an archive piece, Marilyn Monroe’s dress. I think that was a very important moment in fashion.”

Other familiar faces, such as Lizzo and Riz Ahmed, were also recognized for their outfits. Many were pleased with Ahmed’s fashion choice, as it paid homage to the “immigrant workers who kept the Gilded Age going,” according to Vanity Fair.

Among the folks who did not have fan-favorite attires were celebrities like Wintour and cast members of Netflix’s “Bridgerton,” who were criticized for missing or ignoring the “Gilded Glamour” theme with their dresses.

Another concern viewers had about the Met Gala was the no-shows that night. Celebrities such as Zendaya, Rihanna, Timothée Chalamet and Harry Styles did not make an appearance this year. However, Rihanna was honored with a virtual statue in Vogue magazine’s 2022 Met Gala video.

While many were excited for a full return of the Met Gala, it resulted in a mixed bag of reactions that questioned whether or not this year’s event was a successful comeback from the COVID-19 pandemic.

“I just hope that, [at] the next Met, there’s a little bit more effort in going along with the theme [because it] is all I really care about,” said Kimberly Gomez, a theater major. “Since art and design are subjective, all I ask is that people stay true to the themes and that the people invited are ones who have made an impact in fashion and have passion for it enough to respect what the event is.”