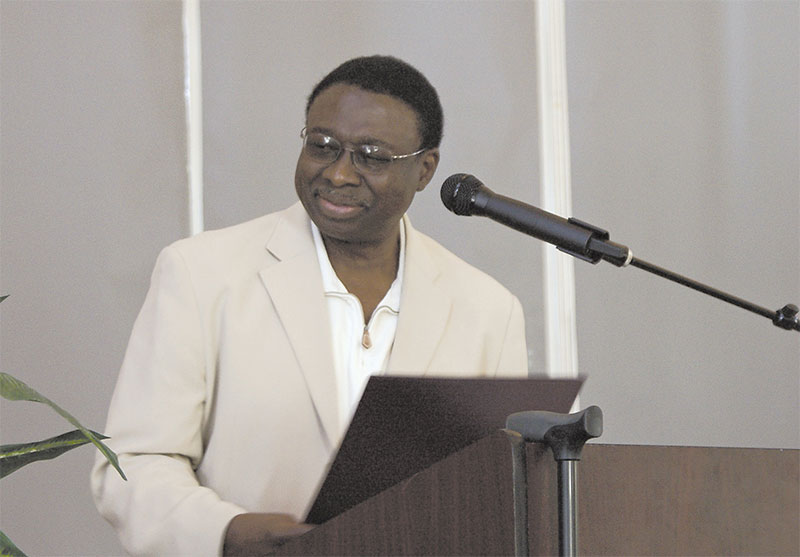 The celebration of the 40th anniversary of the Pan African Studies Department ended on Saturday with a gala to honor the founding of the department.

Dr. Tom Spencer-Walters, Chair of the Pan African Studies department said this year’s celebration was a combination of the annual Africa Week and PAS week celebration and a commemoration 40 years of the PAS department at CSUN.

“It is a chance for us to understand the value and struggles that went into the founding of the department,” Spencer-Walters said.

At the time, there were only 23 black students, out of 18,000 students, who demanded a black studies department with black professors, Spencer-Walters added.

The department, was founded in 1969 after students protested and locked themselves into administrative buildings in what is today called the “Storm at Valley State.”

It was among one of the first founded in the country and remains one of the largest black studies departments.

“The students demanded that they have relevance in their education and courses that reflect the history, culture and contributions of African Americans,” Spencer-Walters said.

Jayme Wilson, a graduate student majoring in music who attended the gala with her mother Valerie Wilson, described Saturday’s event as “dynamic and informative.”

“It helps you realize the sense of entitlement we have today. Many see the PAS department as an easy way to a degree but when you listen to the founding you realize how much we have here,” Wilson said.

She said that it was important that people continue to honor and respect what people sacrificed for the department.

“It is important that we continue to fight for it (PAS department) and cherish it so that it does not slip through our fingers,” Wilson said.

Valerie Wilson, also a graduate student at CSUN, majoring in interdisciplinary studies with an emphasis in Pan African Studies said that she felt honored and privileged to have attended the gala.

“I was born in the 50s during the Civil Rights era and when I hear about the resistance to this program at that time, I get emotional,” Wilson said.

Wilson said she was touched by the first-hand accounts of the department’s founding provided by speakers like Rev. Bill Burwell.

“I felt like the current students were not fully represented here today. They really needed to hear this. If I had one wish it would be that more students recognize what we have here,” Wilson said.

Devin O’Neal, chief justice of the Black Student Union and Associated Student’s Senator-at-Large, said that the 40th anniversary was an important milestone to celebrate.

“We need to continue to remember the founding. If it wasn’t for the sacrifice of many students, some of who were expelled and are still banned from entering this campus, there would be this strong department today that provides so gives so much to our students,” O’Neal said.

The most important thing, Spencer-Walters said, was that students make the connection with what they learn now with the struggle that took place in the past and that they respect the education they receive.

“It is gratifying to see students here. There is an increasing resurgence of students’ interest in issues that affect the African American community,” Spencer-Walters said.

The week-long celebration included a “Know your rights seminar hosted by the Black Student Union (BSU) and the Annual African Culture Show hosted by the African Students Organization (ASO).