A change of venue for Khalid Sheikh Mohammed 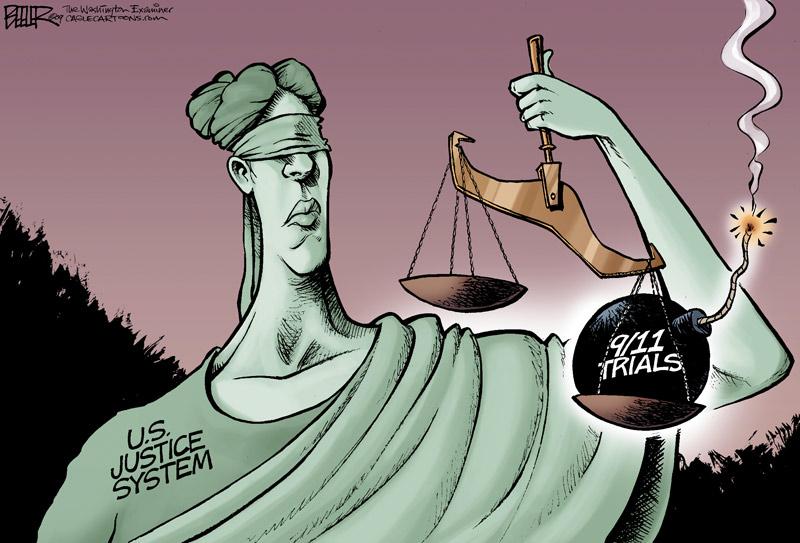 United States Attorney General Eric Holder, Jr. was met with criticism from Republican senators when he announced recently, that Khalid Sheikh Mohammed and four alleged co-conspirators will be tried in a New York federal court.

Some Republican senators fear that the trial could free some of the world’s most notorious terrorists, but President Obama said that federal courts, especially those in New York, had been used to convict hundreds of terrorist suspects now imprisoned in the United States.

Khalid Sheikh Mohammed or “KSM” as he is often referred, and two of his lieutenants, an al-Qaeda paymaster and KSM’s nephew will be transferred from the U.S. military tribunals at Guantanamo Bay, Cuba to a federal court house, just blocks away from ground zero in Manhattan.

Some senators don’t believe KSM and his co-conspirators deserve a fair trial.  President Obama has said that those offended by giving KSM constitutional protections won’t be offended when KSM and his colleagues are tried, convicted and have the death penalty applied to them.

After the world has been so critical of the U.S. and our human rights toward the prisoners in Guantanamo, it will be refreshing to show the world how we do give the accused a fair trial. Let the world see our criminal justice system in action.  Let them see how we do give everyone a fair trial, regardless how heinous the committed crime might have been.

There has been mixed reaction from the people of New York as to whether the mastermind of the plot to blow up the Twin Towers should even be tried in the U.S. New York Mayor Michael Bloomberg, Police Commissioner Raymond Kelly and some victims groups have expressed support for the trials to be in New York.  On the other hand, more than 100,000 signatures were obtained demanding to keep the men in Guantanamo.

Theresa Regan, the widow of a firefighter killed at the World Trade Center, told the L.A. Times, “I don’t feel that they belong on American soil. They took my husband’s rights away, and they don’t deserve to have the kind of rights that they will get in a U.S. court.”

There is concern that the trial in New York City could cause victims of 9/11 to have distressed recollections of the trauma. It could cause flashbacks and nightmares and unearth the symptoms that were experienced when the actual trauma occurred.

Others argue that the trial could bring long awaited closure to the victims. Someone will finally be held accountable for the tragedies that occurred on the victims and their families.

A federal trial in New York City would be covered by media around the world. If not on live TV, it would be reported daily around the world in newspapers, radio, TV and the Internet.  The coverage would go viral. The entire world will see how this attack was planned and plotted. The world would see whatever flimsy, irrational reason they had to blow up 3,000 innocent people. They didn’t just kill 3,000 people, they permanently altered the lives of 3,000 families. Some children have no mother or father.  Some children will grow up with a different destiny than that was previously planned for them.

Although scholarships were given to some of the victims’ children, they can’t give scholarships to their emotional state. They can’t replace the important people in their lives that might have helped them with homework or guided them through troubled times in high school or college.

These five men are responsible for the emotional and educational deficit in the lives of the children and families of 9/11 victims. They deserve to be on trial for the world to see.

The relatives and survivors deserve to see the defendants probed and questioned as to their reasons for violating so many families. What kind of distorted logic could have caused them to hurt and kill so many people who had never done anything to them? The survivors, the City of New York and the United States all deserve some answers at the site of the terrorist attacks more than eight years later.