The skinny on bicycling 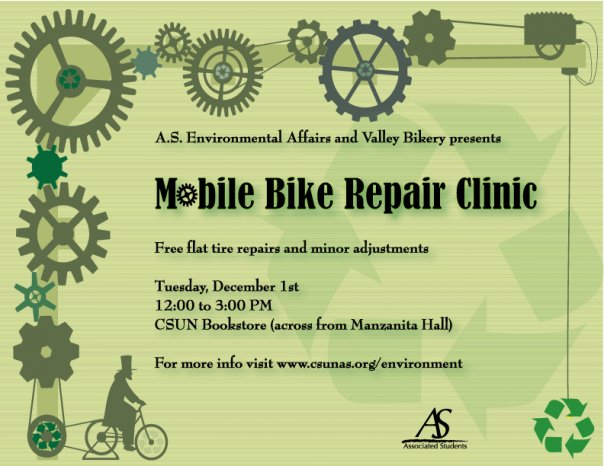 Many students missed out on the Associated Students Environmental Affairs bike repair clinic yesterday. The clinic, which was held in front of the bookstore, lacked advertisement.

Those who learned about the clinic through Facebook where able to get minor repairs done to their bikes.

For those who did not know about the clinic, consider becoming a fan of AS on Facebook to keep up to date on what they’re up to.

Coincidently, I stumbled upon an infographic from GOOD, which is a site dedicated to turning complicated issues into visuals that are easier to understand, that looks into the correlation between obesity and bicycle commuting.

According to GOOD, the average American is overweight and spends 100 hours per year commuting and most of that time is spent in a car. (And if you live in LA, it is spent in a car stuck in traffic on the 405 or 101 freeways.)

It is difficult to draw conclusions from the graphic but it does show that the U.S. along with Canada and Australia have the lowest percent of trips by bike.