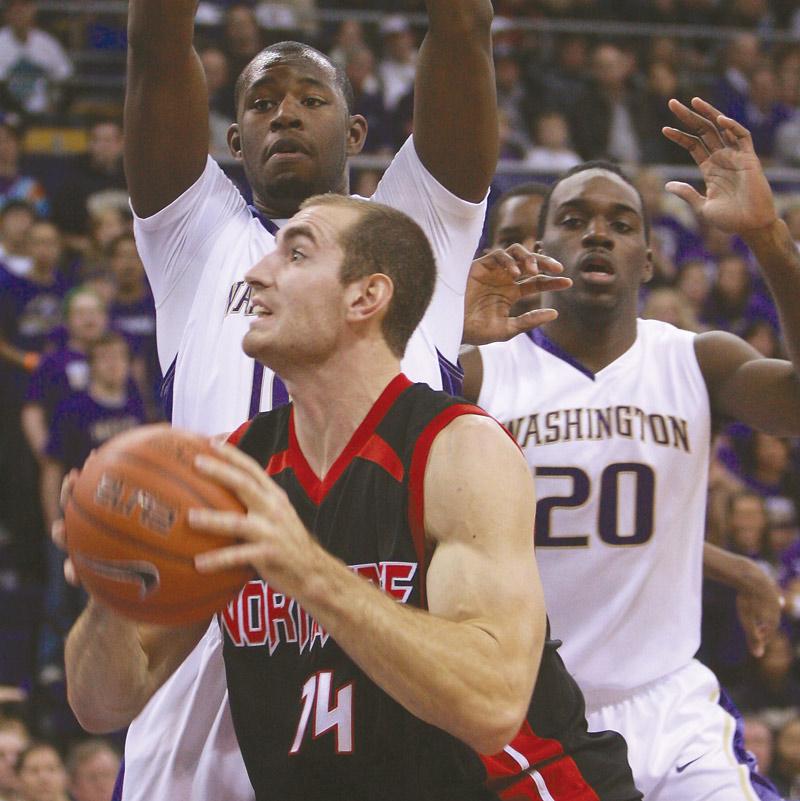 “(A) rookie mistake by a new player,” CSUN assistant coach Bob Lowe said in a post-game interview with Alan Zinsmeister. “Hopefully (Daniel) will learn from that.”

A frustrated Northridge team ended their two-game road trip with an 89-82 loss to the Pioneers (6-2).

With 2:41 left in regulation, Matador Willie Galick, who scored a game-high 20 points, made 1-of-2 free throws to cut the Pioneers’ 16 point lead down to one. Soon afterwards, Denver’s Travis Hallam gave his team a 5-0 run, and the Matadors (4-5) never recovered.

CSUN has been digging themselves huge deficits in the last four games but have been able to rally back to be in contention for the wins. In last week’s two-game homestand, they were able to prevail in both games, but as of late, with losses against the Pioneers and Washington, the Matadors have fallen short.

For the second consecutive game, Kenny Daniels was shut down after scoring a career-high 39 points against Idaho Thursday night. Daniels had as many fouls as he did points, with five. Daniels showed signs of frustration when he got a technical foul in the second half.

The Pioneers finished the game, shooting a red-hot 59 percent from the field, and they recorded 10 three-pointers.

The guard duo of Mark Hill and Vinnie McGhee gave the Matadors clutch threes to keep their team in the ball game. Hill finished with a season-high 12 points, and for the fourth straight game McGhee, who got his first start of the year, scored over double-digits with 11.

To start the game, the Matadors were almost as cold as the nine-degree weather outside Magness Arena. CSUN fell for the first time in the game to double-digits at the 8:36 mark, and the Pioneers were able to increase the lead as the half went on. Northridge shot a dismal 36 percent from the field, going 9-of-25.

The Matadors leading scorer Daniels, who was in foul trouble, was only able to record three points in the first half.

Unlike Northridge, Denver was making shots all over the floor, going 14-of-23 from the field in the first period. At one point the Pioneers were shooting a lights -out 60 percent.

The Matadors now have a few days off before their next game on Dec. 18 against Drexel at the Matadome.