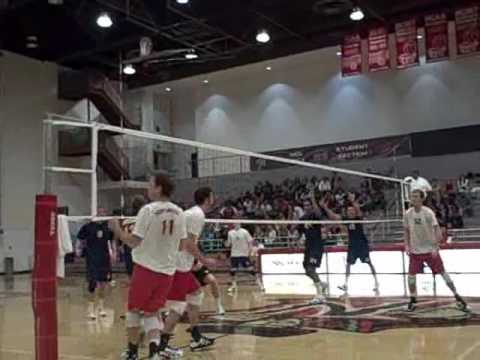 The No. 2 Matadors opened conference play with a sweep over No.12 UC San Diego (30-24, 30-26, 30-28) Wednesday night at the Matadome. Three Matadors had double digit kills, senior outside hitter Theo Edwards led the way with 14 while junior opposite hitter Tanner Nua and senior Mike Gaudino finished with 11 and 10 respectively. The Matadors (4-0, 1-0 MPSF) now take their show on the road traveling to No. 9 Long Beach State Friday to take on the 49ers.

Senior middle blocker Kevin McNiff capped off his tournament MVP honor at the Elephant Bar tournament by being named Mountain Pacific Sports Federation player of the week. The 6’7 McNiff average 3.75 kills per game and hit .606 in the three tournament wins over UC Santa Barbara, Cal Baptist and BYU. McNiff becomes the fourth player to win the award in the past two years.