Matadors peaking at the right time 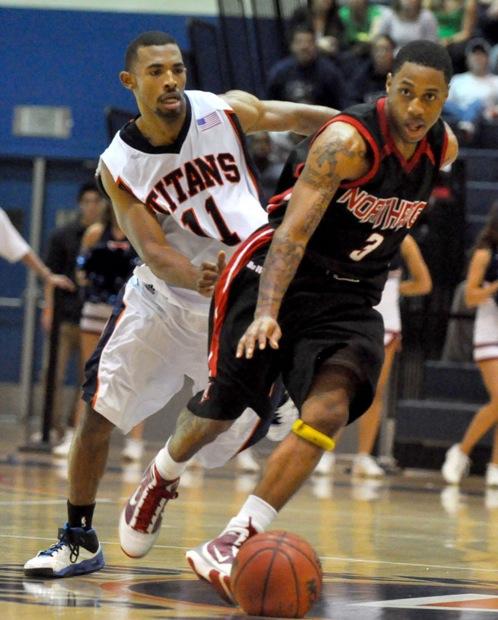 Now, with school back in session, many of you might be wondering what happened with the men’s basketball team over the winter break. Let’s just say this time the Matadors (7-10, 2-3 Big West) made sure to keep their blunders on the basketball court instead of in the court room (last New Year’s Day Best Buy scandal).

In the seven games the Matadors played during the winter break, Bobby Braswell, who has been the head coach for 14 seasons, suffered his first seven-game losing streak and lost by 35 points at the University of Colorado (Dec. 22) matching his worst defeat.

One of the reasons why the Matadors went on a slump was due to the inconsistent play from seniors Kenny Daniels, Willie Galick and Mark Hill.

“Our veteran guys are lacking confidence right now,” Braswell said in a post game interview after losing to UC Irvine (Jan. 7). “We just haven’t had (the seniors) playing well at the same time. Our veteran guys have to lead us.”

The back-to-back Big West Champions began conference play at their nemesis Pacific, but the Matador seniors forgot to show up. In the worst offensive performance of the season, CSUN fell to the Tigers, 52-43 (Jan. 2). The trio of Daniels, Galick and Hill only combined for 14 points.

Hill was able to rebound against UC Davis setting a career high in points with 18 but the Matadors fell 85-73 (Jan. 4). Losing to the Aggies put CSUN at 0-7 on the road.

After not playing at the Matadome for 20 days, the Matadors played a nail bitter against UC Irvine. Down the stretch CSUN gave up three offensive rebounds which cause them to lose 65-62. Northridge lost their seventh straight and fell to 0-3 in the Big West standings.

The Matadors seemed to have hit rock bottom after falling to the Anteaters, but Hill felt that if his team kept working hard in practice, it will pay off soon.

Against Seattle University, Rashaun McLemore returned after missing eight games due to a back injury.
“From a leadership standpoint he is a big as (any player we have),” Braswell said. “(McLemore) has been playing hurt and he has giving us everything he can. His leadership is probably more important than what he is doing for us on the floor.”

McLemore, who scored 14 points, provided a spark for the offense against Seattle. On the defensive side, CSUN had a huge problem against NBA prospect Charles Garcia. The 6-foot-10 Garcia put on a show for nine NBA scouts at the Matadome, as he went on to score 34 points and grab 14 rebounds. The one-man show wasn’t enough to beat the Matadors, who snapped their losing streak, 98-90 (Jan. 11).

“It feels real, real, real good, real good (to win),” said CSUN guard Vinnie McGhee after beating Seattle.
Even with recording their first victory since defeating Idaho on Dec. 3, CSUN still had a bitter taste in their mouth because they didn’t have a Big West win.

UC Riverside was just what the Matadors needed since they came into the Matadome losing ten straight against Northridge. The Matadors were able to put the clamps down on the Highlanders, winning 64-50 (Jan. 14). CSUN was able to prevail without Braswell, who missed the game due to a medical family issue.

Saturday against Cal State Fullerton, the Matadors were able to get their first road win and give the Titans their first home loss. Lenny Daniel played huge for CSUN by scoring 20 points and recording 12 rebounds.

Braswell greatly feels the reason why his team is back on track is the return of McLemore.
“It’s not by coincidence since (McLemore) came back we have been winning.”
Now, with a sudden hot Matador team, they will go into Garcia’s house tonight and play Seattle with a three-game winning streak.