Weighing the good and the bad on health care reform 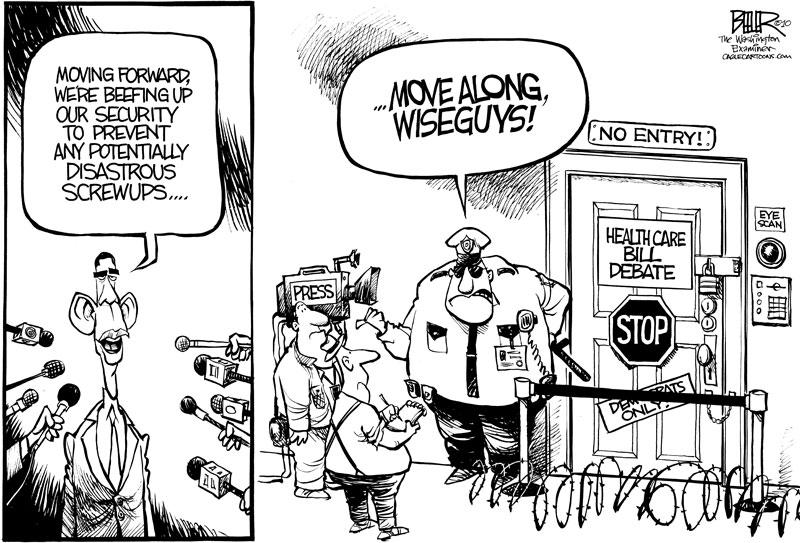 Now that the health care reform bill appears to be in its final stages, what are we getting? Will it achieve the objectives set out by President Obama: lower costs and improve coverage and efficiency? While I admit I have not read the whole 2,074 page bill, I have researched it extensively and have put together the good, the bad, and the yet to be determined of our once and future health care system.

Good: Coverage increased to 30 million more Americans – There are 50 million Americans without health insurance. When these people get sick, one of two things will happen: some won’t seek treatment and then we have people with swine flu or tuberculosis walking around the city. Others will get treated, receive a bill they can’t pay and the government picks up the tab through grants or bankruptcy. The uninsured account for about $35 billion in annual government health care spending. Treating the uninsured is twice as expensive per capita as treating the average insured person. The senate bill expands Medicaid coverage to include persons up to 133 percent of the state poverty level and provides subsidies for families making up to $92,000 per year to acquire private insurance.

Good: Prohibits discrimination based on preexisting conditions – This is important for two reasons. On the individual level, it allows people who need health care the most to acquire it instead of being left “uninsurable” and at the mercy of hospitals and the government.

On the societal level, it closes a loophole often used by insurance companies to deny coverage to their customers. Insurance companies will now have a vested interest in keeping us healthy rather than the previous business plan of collecting from the healthy and shunning the sick. It could also lead to greater investments and coverage in preventive care by the private insurance market.

Good: Deficit Reduction – The Congressional Budget Office estimates the reforms offered in the bill will reduce the federal deficit by $132 billion over 10 years. Although it should be noted that these estimates are based on numerous and almost incalculable variables and that every entitlement program ever enacted by Congress was preceded by CBO estimates they underestimated the final cost.

Bad: No Tort Reform – An essential reform that would cut cost immediately is tort reform. This means to impose procedural limits on the ability to file medical malpractice claims and placing a reasonable cap on awarded damages. This would cut costs in two ways: Doctors will no longer be inclined to order expensive and unnecessary tests out of fear of being sued for negligence, a practice known as, “defensive medicine.” It would also cut administrative costs by lowering the cost of medical malpractice insurance, which is generally a doctor’s largest overhead cost.

The Department of Health and Human Services estimates that a cap on awarded damages would reduce federal health care costs by between $25 billion and $44 billion per year. Trial lawyer lobbies and labor unions are the biggest opponents to tort reform.

Bad: Pork – Because of razor thin margins in passage, certain influential Democratic senators are offered, for lack of a better word, bribes in the form of pork for their home state in exchange for their vote. Sen. Ben Nelson (D-NE) has been a vocal critic of the health care reform bill from its beginning but voted for passage on Christmas Eve.

Perhaps not so coincidently the new bill now provides that 100 percent of the cost of Medicaid expansion in Nebraska will be paid for by the federal government in perpetuity. Other senators who have added federal funding for health care projects specific to their state include, Kay Hagen (D-NC), Amy Klobuchar (D-MN), Mark Udall (D-CO), Arlen Specter (D-PA),  Max Baucus (D-MT), Chris Dodd (D-CT), Mary Landreau (D-LA), Harry Reid (D-NV), and many, many more.

Yet to be Determined: Tax Increases – While we know taxes will go up, exactly how is still being reconciled. As it stands right now, Medicare payroll tax on people making over $200, 000 per year will increase by 0.4 percent. Other excise tax increases against the insurance, pharmaceutical, and medical technology industries are expected to be in the billions of dollars.

Other items still being debated but are likely to be omitted are the tax on, “Cadillac” or high-cost premium insurance plans, coverage for elective abortions, and the public option.