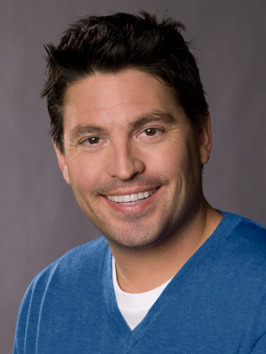 Photo Courtesy of The Food Network

A Food Network star will be teaching students how to cook healthy treats on a college budget.

CSUN’s Union Program Council (UPC) is sponsoring the event, Midnight Munchies on January 27 at the newly renovated Geronimo’s, which is located at the Satellite Student Union (SSU), from 10:00 p.m. to 11:00 p.m.

The host Kevin Roberts, was a finalist on The Next Food Network Star, a reality series that awards the winner his or her own series on The Food Network, said Patricia Landrito, Lectures and Exposure chair of UPC and organizer of the event.

“This is a benefit to us all because we will now know how to manage our food,” said Landrito. “We will also learn what kind of foods to eat that is cheap yet delicious.”

There will be 30 VIP students who will get to taste Chef Roberts’ dishes, she added. The students must sign up at the SSU to become a VIP. Sign ups will end as soon as spots are filled, she said.

According to Landrito, the menu for the event is still unknown.

Midnight Munchies will operate on a first come first serve basis, except for those 30 VIP students who will be guaranteed a seat, she said. The event will be free of cost to CSUN students and staff.

Landrito said she learned about Roberts from a former UPC member and contacted his agent when she was organizing the event.
“Kevin is getting paid but I cannot say the amount of how much I got him for this event,” she said.

Landrito said Robert’s pay is coming from student’s fees of which a certain amount of money is allocated for students activities and given to the council for programming purposes.

“(This is) the reason why I want more students to be aware and actually attend programs as such because it is ultimately our tuition fees in action,” she said.

“Geronimo’s menu has many healthy options and we like to participate in events promoting healthy living,” she said.
Marshall is looking forward to future events taking place at Geronimo’s.

“When the University Corporation decided to renovate Geronimo’s we wanted the place to be more than a dining room,” she said. “We wanted it to become a meeting place, a social hub.”

Marshall added that participating in events organized by the students is one way to achieve that goal.

“I wish there would have been something like this sooner, instead of right before I’m going to graduate,” Arriola said. “I would have liked to have known what food I could eat before a test to help me do better.”

Arriola said his GPA could have been much better had there been an event like this sooner.

Senior Viviana Gamez, 22, a Chicano Studies and Sociology major, who is a fan of Chef Kevin Roberts also plans on attending Midnight Munchies.

“I was a fan of him when he was on The Next Food Network Star and I still am a fan,” Gamez said. “I would love to see him live and to learn some of his cooking techniques, especially if it’s healthy and stays within my budget.”