As of November 2009, unintended accelerations in Toyota vehicles have accounted for 20 fatalities, according to the National Highway Traffic Safety Administration. The acceleration concerns, explained by Toyota, were problems with the floor mats and suspected vehicles in the United States were recalled. Later, another recall, extending to China and Europe, took place involving the gas pedal sensors in affected vehicles.

According to Toyota, the latest recall concerns the gas pedal sensors and explains that when the heater is activated in certain models, the internal water condensation build up on the cold parts can cause a sliding component inside the gas pedal assembly to stick rather than move smoothly. This malfunction may cause the throttle to stick in the open position or encounter stiffening during open and close positions, requiring more pedal pressure.

It’s surprising that Toyota first chose to focus on floor mats, ignoring the vehicle’s electronic throttle control system and/or electronic interference as possible causes for the unintended acceleration concerns. I imagine many of us have experienced the floor mat interfering with the brake or gas pedal. This is annoying and can prove to be dangerous, but is human error if we don’t fix it before we are on the road and it gets stuck. 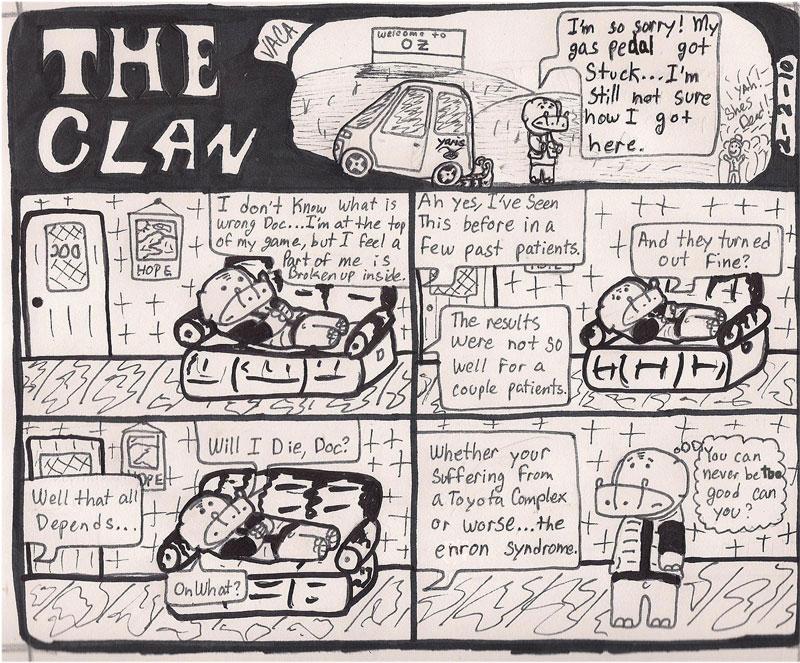 CTS Corporation, the manufacturer of the gas pedal, stated that “based on the information that Toyota has provided us, we are aware of fewer than a dozen instances where this condition has occurred, and in no instance did the accelerator actually become stuck in a partially depressed condition.”

The pedal sensor is comprised of a drive-by-wire throttle system where the gas pedal has no direct connection to the engine through a cable or mechanical link. In older cars with cable or mechanical linkage, a sticking pedal could be rectified with a dab of grease or application of oil. However, in today’s vehicles, electrical signals traveling through wires form the connection between the pedal and the engine. Gauging how far the driver presses the gas pedal, the pedal sensor signals the engine’s control computer, which determines how much to open the throttle.

What if there was a major defect in the engine’s computer control? Thousands of cars could have malfunctioned leading to countless injuries or deaths. It’s interesting that Toyota is experiencing such a catastrophe during these economic times. Cover-up may have been Toyota’s plan if the media didn’t inform the masses of the problem. But the most likely reason for the recall, other than simple coincidence, is that Toyota may have been hasty with their assembly line manufacturing to get a bigger jump on crippled automakers in the U.S.

In a world where our vehicles are equipped with elaborate computer systems supporting phones, televisions, elaborate sound and navigation systems, OnStar and play our desired tunes among other amenities, it is not entirely impossible that a computer malfunction may occur. Moreover, in an ever-increasing violent world, technology has been used to affect economic hardship and physical harm. It is not entirely impossible that sabotage occurred within Toyota given our present economic climate. They had a huge advantage over other ailing automakers at the time of this recall. This may be a sign of our times.

With the millions of dollars Toyota is expected to lose weekly because of the recalls, and the affect it will have on the economy, worldwide, more urgency should have be placed on pinpointing the cause of the unintended accelerations instead of masking, covering up, or ignoring the problem to save face. Now Toyota’s near clean record of malfunction-free automobiles is being second-guessed by the millions who own and are in the market for a new car. Turning on the heater in one’s vehicle should be a luxury, not a death trap.

Twenty deaths and dozens of injuries have occurred to date due to Toyota’s defective vehicles. It should be safe to “drive” a car in this day and age. Motorists should not have to be concerned with mechanical failure when operating a motor vehicle. The responsibility to ensure that vehicles do no contain any defects that could cause serious injury or deaths rests on the auto manufacturer.

Swifter action should have been taken to rectify the concerns with the runaway Toyota vehicles and precious lives could have been saved. Someone, somewhere needs to be held accountable because of this malfunction.