Concert at CSUN to benefit Haiti 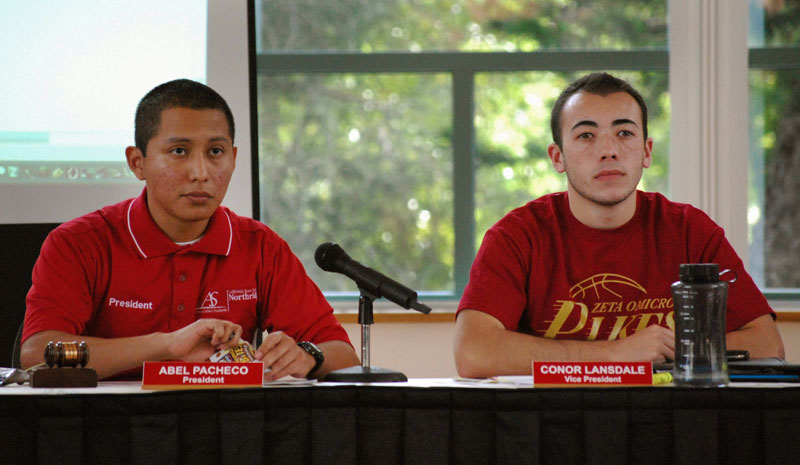 A charity concert will be held Feb. 26 on campus to help raise funds for Haiti.

“Who better to understand the impact than us?” said Justin Weiss, teaching associate and Unified We Serve coordinator, said in yesterdays Associated Student’s meeting.

The money will go to Hope for Haiti, a relief organization backed by George Clooney, and the funds will be distributed among several different nonprofit organizations, Weiss said. The concert will be from 7 p.m. to 9 p.m. and the suggested entry donation is $10, however, any amount will be accepted, Weiss said.

“It [Haiti relief] has nothing but my full support,” said Abel Pacheco, A.S. president during the meeting. “We’re going to be moving forward and doing everything we can to help out.”

Besides the Haiti relief, Associated Students spoke about becoming involved in the Feb. 3 Teach-in being held to raise awareness on upset faculty and students are on the budget cuts, said Gisselle Jaen,

At the same time, officials from the Western Association of Schools and Colleges (WASC), who are in charge of CSUN’s re-accreditation, will be on campus holding their meetings, private and public, in the Education building, said Tom Piernik, university advisor.

Piernik said students should attend the open meeting to voice their opinion.
“We want to make sure our quality shines through,” Piernik said.

Problems holding back students from graduating

Veda Ward, faculty advisor of the A.S. committee, gave details about the “Super Senior Project,” that looks into why CSUN students are not graduating as quickly as they should.

Some of the issues keeping students in school longer are the lack of a general studies option and the fact that there is no limit on the number of years people can go to school, Ward said.

Ward said some people are being held back by their minor because they can’t get into the classes needed to complete it and some people aren’t emotionally or financially ready to graduate.

“The goal is to help students find a major that will allow them to leave with a smile,” Ward said.

Financial aid added a 150-unit cap recently to help student’s graduate sooner, said Conor Lansdale, A.S. vice president. The students being targeted are those who have 90 plus units, but don’t seem to be making any progress toward a degree, he said.

Senator Jessica Abarca, head of the business and economics department, said she is getting more spots available for business students, who have tried to crash classes this semester and has been successful in allowing them to add classes and graduate sooner.
Ward reminded the committee the end of the add/drop period is fast approaching.

“Some people are still trying to get into classes,” she said. “Don’t forget to drop something you may have put it for filler. By dropping a filler class you don’t want, it could help someone else who needs it.”

Elections will be held this year but the date is being decided upon, Pacheco said. The Elections Code requires that the elections are held six to eight weeks prior to the end of the semester and need to take place on Tuesday and Wednesday, he said.

Since Cesar Chavez Day falls on week six and Spring break on week seven, the senate voted to amend the Elections Code to strike out the Tuesday/Wednesday mandate allowing a two-day consecutive election period.