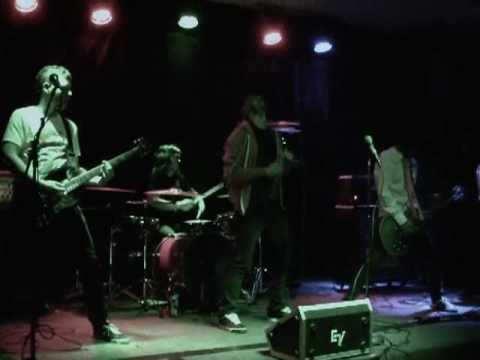 Before the world of social networking and constant online media, people would meet in person. Now with the tools of digital classifieds and social networking sites like MySpace, the missing musician for your band could be just a click away.

Formed in late 2008, the Hollywood based band, Owls Stretching Time, used Craigslist and other types of online networking to form their band.

“There’s two guitars, a bass player, a drummer, and some of us scream, “ guitarist Tom Pharo said about the sound of the band.

It started with the band’s drummer Frank Calubanquib. He relocated from the Philippines to the United States to further his education and attend CSUN.

Calubanquib had experience drumming in bands back in the Philippines. Through Craigslist, he found a posting by a guitarist named David Ruiz. After contacting guitarist David Ruiz, he immediately went to meet him to set up an audition.

Pharo was the brains behind a different band called, Surprise!, Pizza Party. He met Mejia at a party. After this encounter, the two musicians began their search for a drummer to complete their band’s lineup.

At the same time, Calubanquib and Ruiz went back to the source that allowed them to get this far — they searched Craigslist for opportunities in finding more musicians to complete a band. They came across an ad looking for a drummer for Surprise!, Pizza Party.

Calubanquib found himself auditioning yet again. After he passed, he helped pull in Ruiz. The band was almost complete; however, after an issue with an uncommitted bass player, Calubanquib once again used his networking skills to recruit the band’s fifth and final member, Pat Petrikov.

Petrikov was also an international student, hailing from Bulgaria. It was then that Calubanquib convinced the rest of Surprise! Pizza Party, to add Petrikov to the final lineup. The new lineup introduced the quintuplet as Owls Stretching Time.

“School, music, and work, how do I balance? Fact is, I don’t have to balance music with anything. Playing music is like breathing to me. It has been my only outlet of frustration,” said Calubanquib.

For the future, the band hopes to get back into the studio, improve their publicity through re-vamping their Myspace music page and playing more live shows. Owls Stretching Time is also discussing the possibility of a mini California tour this summer.

For more information about Owls Stretching Time, check out their MySpace page at www.myspace.com/owlsstretchingtime.