‘Puppetry of the Penis’: The Return of Genital Origami 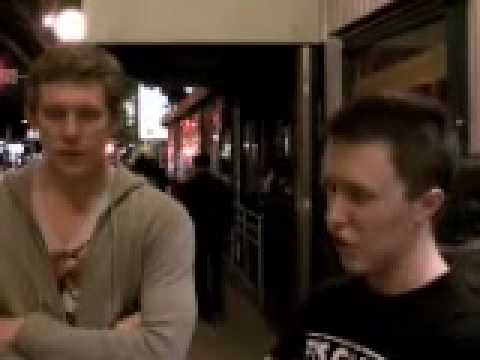 The ancient Australian art of genital origami, Puppetry of the Penis, has returned to Los Angeles, with some new tricks added to the program. Not familiar with this form of entertainment? That’s understandable. Most would not even think of origami and genital in the same sentence.

Preparing to see Puppetry is almost as hysterical as seeing the actual art. The guest comedian, Rachel Feinstein, who opened the venue, was just what the audience needed to get warmed up for the headliner. After thirty minutes of her hilarious set, the lights dim.

Expectations are low and tension fills the air while the audience anticipates what’s to come next, when Puppeteers Rich Binning and Christopher Cannon fly on stage in blue and red capes with nothing but birthday suits underneath.

Simon Morley, creator of “Puppetry of the Penis,” had a different outlook. In 1996, Morley got the idea of showcasing 12 penis installations in a calendar. These genital expressions were the result of sibling rivalry between Morley and his brothers that started with what is now called, “The Hamburger”. After selling the calendars out of his garage, and receiving requests to do live demonstrations, Morley decided to take his show on the road, with puppeteer partner David Friend.

Popularity reached such high levels; new puppeteers had to be auditioned and selected to perform in other countries. Now the art is presented throughout the Western world and can be seen in Australia, Argentina, The Netherlands, Italy, Portugal, Norway, Scotland, the UK, Ireland, Germany, Canada and South Africa.

The Coast Playhouse Theater serves small venues. It’s quaint and intimate, which allows the audience to become up close and personal with the Puppeteers.

At first this can seem uncomfortable, but the level of comfort is instantly put to ease with the witty comedic routines performed by the genital artists.

Gasps and thunderous laughs continue throughout the show. The tricks seem endless, “The Snail,” “The Eiffel Tower,” “The Windsurfer,” “The Loch Ness Monster,” “The Sombrero,” and the signature “Hamburger,” just to name a few.

The puppeteers also ask for audience participation throughout the show, but volunteers weren’t easy to come by, or just too shy.

Puppeteer Chris Cannon said they often try to make up tricks when their bored in order to keep the show fresh with new ideas and comic skits.

At the end of the show, they advertise the “Puppetry of the Penis” book that gives directions on how to execute some of the forms showcased. They also ask if any of the audience members would like to come up and try one of the tricks; however, during this show there weren’t any recruited students.

Though outrageously funny, ridiculous and shocking, “Puppetry of the Penis” is not for everyone. It’s not recommended to see with a sibling, parent, or for a first date. But it would be an excellent choice for a bachelorette party or for an out of the ordinary mind blowing experience.

To see how this original art is performed, Puppetry of the Penis will be at The Coast Playhouse until March 14. For more information got to www.puppetryofthepenis.com.