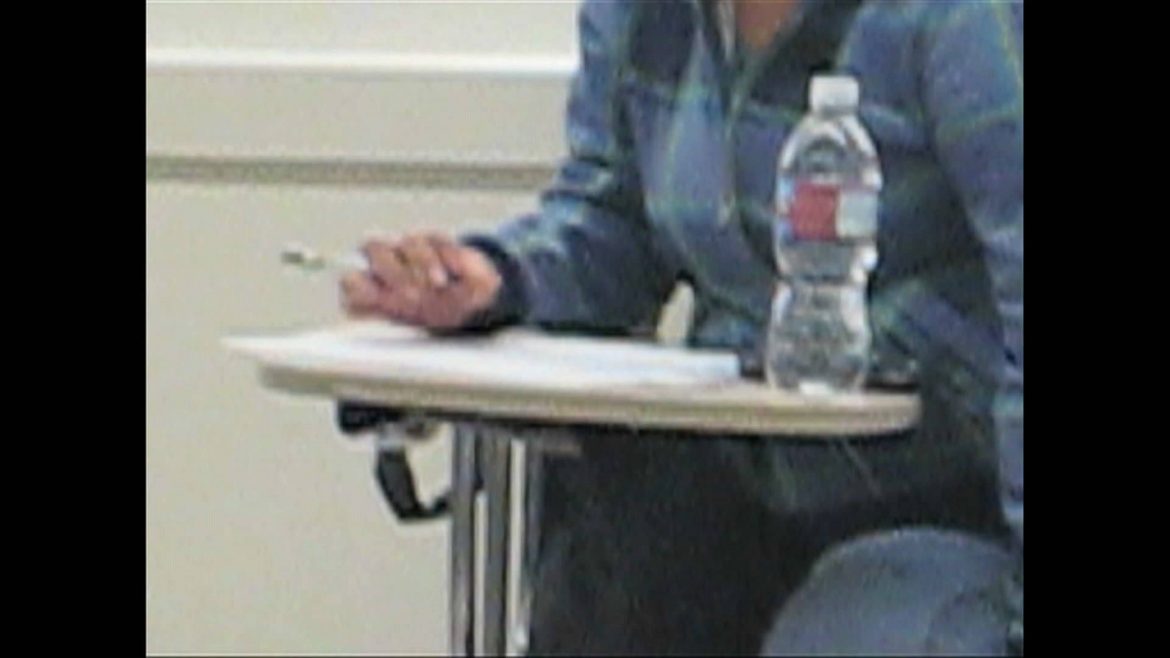 CSUN’s Mentoring to Overcome Struggles and Inspire Courage (MOSAIC) is a program that uses youth culture to mentor and cater to at-risk youth in the San Fernando Valley.

“Students that we cater to are considered at-risk for many reasons. Usually most of them have already been through the juvenile justice system,” said Alex Ojeda, coordinator for MOSAIC.

“Either they’re on probation or dealing with alcoholism or they’re affiliated with gangs. It’s not your average high school or junior high students; they actually come with lots of emotional (and) psychological problems that we deal with on a regular basis, apart from academics of course,” he said.

The use of youth culture is the reason why the program so effective in engaging the kids, Ojeda said.

“We use the graffiti culture, the hip hop culture, we practice poetry, spoken word and martial arts,” Ojeda said. “That’s something that we use to bring the kids in and grab their attention. From there we can expand more on the academic aspect of our mentoring so once we capture their attention they are open to try new things.”

Graffiti art is one of the most popular forms of art in the program because many of the MOSAIC kids are deep into the graffiti culture, added Ojeda. He said many of the kids have been arrested for tagging and have been in tagging crews.

“We like to take the concept of their extreme graffiti, the stuff that gets them into trouble, and get them into a different light which is canvas art,” Ojeda said. “They can’t get arrested for doing graffiti on canvas.”

“We’ve done art shows on campus that’s all artwork done by the youth, so using these tools that the kids can relate to is essential to our mentoring because otherwise it would just be another mentoring program that only works with tutoring or anything in the field of scholastics,” he added.

The MOSAIC program, which started in 2004, is not only a place in which CSUN students can serve as mentors in after school programs; it is also a class in which they meet to discuss ways to communicate better with the students they mentor.

CSUN students are matched with students in the program that are located at two continuation high school campuses and two after- school programs which are run by LAPD’s Foothill and Mission Hills’ divisions.

“These kids need mentors who have similar experiences that they can relate to so that it builds their self-efficacy and their ability to want to succeed in the future as adults,” Ojeda said.

“We feel that by bringing university students onto the schools after- school programs, that they get a better opportunity of completing work and cashing out with their credits and units since they’re so far behind,” Ojeda said.

Ojeda said the mentors act as cheerleaders by providing encouragement and building a trustworthy relationship.

The MOSAIC program also takes the students they mentor on field trips.

“We have our college day field trips every semester which is when the mentors bring the students to the CSUN campus,” Ojeda said.

The mentors expose the students to the college atmosphere. They give them a tour and take them to different departments, he said.

“Otherwise they would not even have set foot on a university because their present reality kind of keeps them encapsulated in their neighborhood so they don’t see anything outside of their neighborhood. Bringing them onto campus broadens their horizons,” Ojeda said.

“We are not policing these kids. Our job is not to tell on them when they have done something wrong. Our job is to try to help them, to advise them and convince them of staying out of trouble,” he said.

The class is mixed with new and experienced mentors.

Aldo Arrellano, a 29-year-old psychology major, has been working with MOSAIC for two years and is one of the more skilled mentors. Arrellano said he learned of the program at a job he had in LACC.

“The idea of helping at risk youth really interested me,” he said.

Casey Escobedo, a 20-year-old psychology and public relations major, has been in the MOSAIC program for three semesters.

“This is what I want to do, because for psychology I want to do more in child development and work with teenagers and that’s kind of what I’m doing now. I’m working with teens in high school and I get to talk to them about their schoolwork and what they want to do in the future,” Escobedo said. “I kind of feel like I’m already helping them.”

“If they want to join, we allow them to volunteer at any of our sites that coincide with the hours that they are available,” Ojeda said. “If it’s something they want to do and if they meet the criteria then we bring them along.”

“We take volunteers, interns and anyone who wants to help and make a change in the lives of these youths,” Ojeda said.